With the Unpacked 2020 event approaching, Samsung has started to tease its upcoming smartphones, even though all of them have been leaked already. The South Korean smartphone giant has teased its second foldable screen smartphone two days ahead of the official announcement.

The company fully revealed the Galaxy Z Flip smartphone in a 30-second commercial that aired on TV during the broadcast of Academy Awards (Oscars) 2020. The phone appears in its purple and black avatars. The video starts off showing the dual-camera setup and the hinge and then reveals the foldable screen with that beautiful blooming animation.

The small, 1.06-inch cover screen is also seen in the teaser video, showing a caller’s name and an option to answer or reject the call. The Galaxy Z Flip is shown sitting on its own on a table during a video call. We can also see that the phone doesn’t fold completely flat, and there’s a noticeable gap between the two halves. In comparison, the recently launched Motorola RAZR folds completely flat.

A small print for the ad says, “You may notice a small crease in the center of the main screen, which is a natural characteristic of the screen.” We now know for sure that the phone’s screen will have a crease, just like the one on the Galaxy Fold. The teaser video ends with the “Change the shape of the future” tagline and the date of the Unpacked 2020 event.

Samsung will unveil Galaxy Z Flip alongside the Galaxy S20, Galaxy S20+, Galaxy S20 Ultra, and the Galaxy Buds+ on February 11 in San Francisco during the Unpacked 2020 press conference. 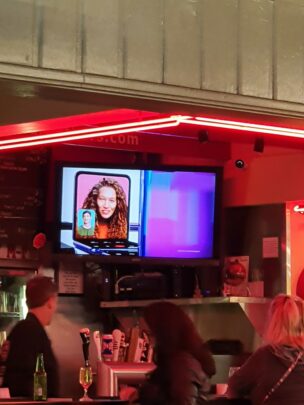 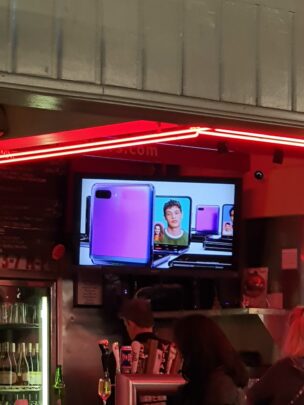 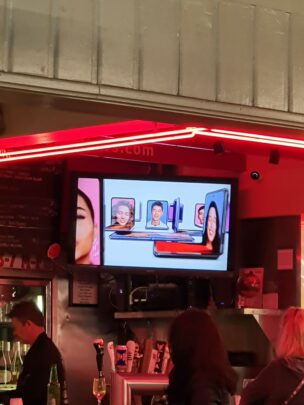