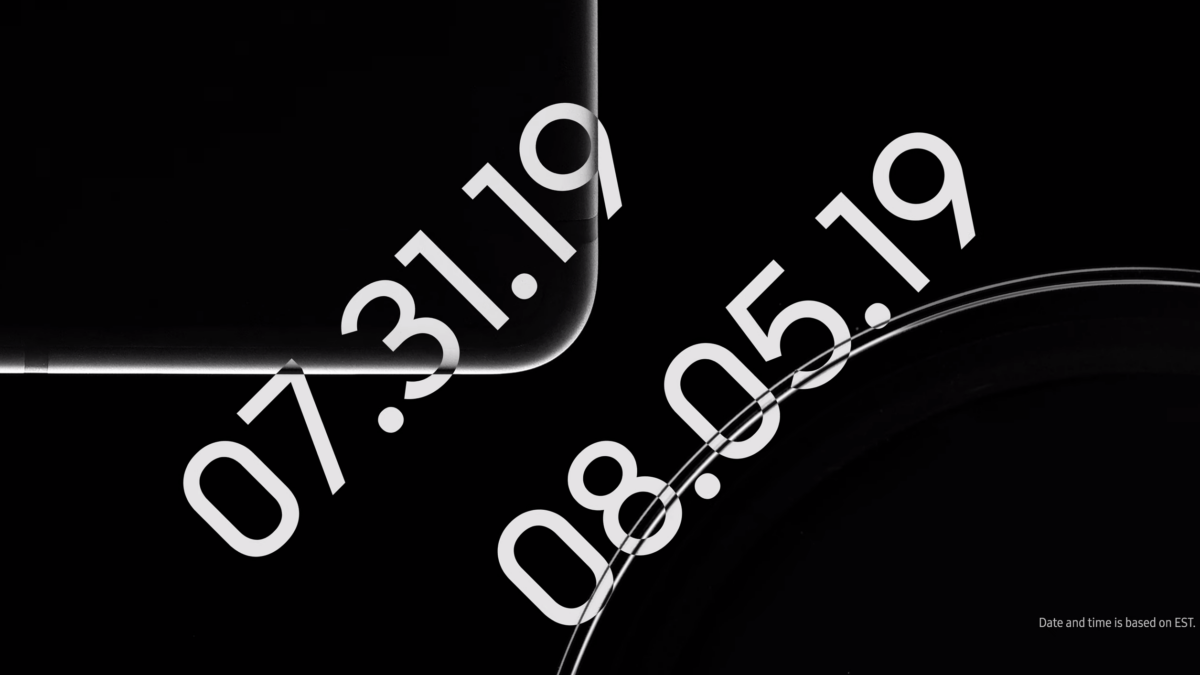 Samsung today released a teaser for the Galaxy Tab S6 and the Galaxy Watch Active 2. We have known for quite some time now that these new products are in the pipeline. The company is finally giving us a glimpse of the new tablet and wearable device.

We have already leaked the live images of the Galaxy Tab S6 and the Galaxy Watch Active 2. There won’t be any surprises on the design front. Much has already been revealed about the new features of these devices as well.

The Galaxy Tab S6 is Samsung’s latest flagship tablet. We have previously reported that it will be Samsung’s first tablet with a dual camera at the back. It also comes with a Bluetooth-enabled S Pen which will bring new functionality to the device. Samsung has gone with the latest Snapdragon 855 chip for this tablet so it’s going to be quite the powerhouse.

The Galaxy Watch Active 2 will significantly improve Samsung’s smartwatch game. It’s the company’s first smartwatch with a Touch Bezel which will let you breeze through the UI by just swiping your finger on the bezel. It will also bring several new health and wellness features. They include the ability to taken an ECG, Afib notifications, Fall Detection and more.

Samsung is merely teasing these products right now but it goes to show that the official launch may not be that far off. The company says that both devices will be unveiled online on the Galaxy website.

Are you interested in any of these new products?