[Update: Next week] Galaxy S9 One UI 2.1 update could release this week 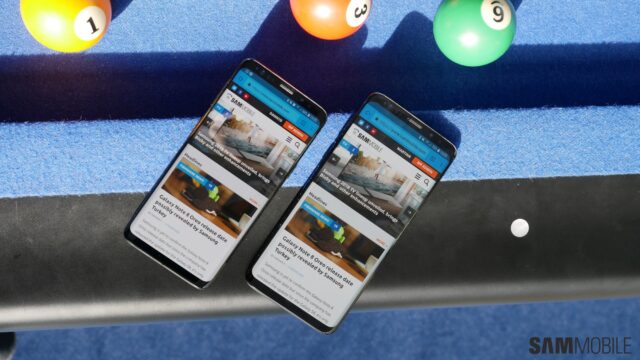 Samsung has also seemingly confirmed that the One UI 2.1 update will bring the Pro video camera mode to Samsung’s 2018 flagships. However, it remains to be seen if it will be the full-fledged version with support for adjusting shutter speed or a basic version that newer non-flagship phones have received with One UI 2.1. We really hope it’s the former, as Pro mode video recording was available on the Galaxy S9 and Galaxy Note 9 before it was taken away with the Android Pie and One UI 1.0 update, a move that reeked of anti-consumer antics.

As is often the case, just because Samsung says an update will be released in a specified time frame doesn’t mean it will actually happen. There could be a few delays along the way, and it could also take a few weeks for the update to arrive in markets outside South Korea. Whatever happens, we will keep you posted, so stay tuned.

Update: According to another Samsung community moderator, One UI 2.1 for the Galaxy S9 and Galaxy S9+ will be released next week instead of this one. The Galaxy Note 9 will also be receiving the update around the same time.

Thanks for the tip, Ming2 and Jeongchan!