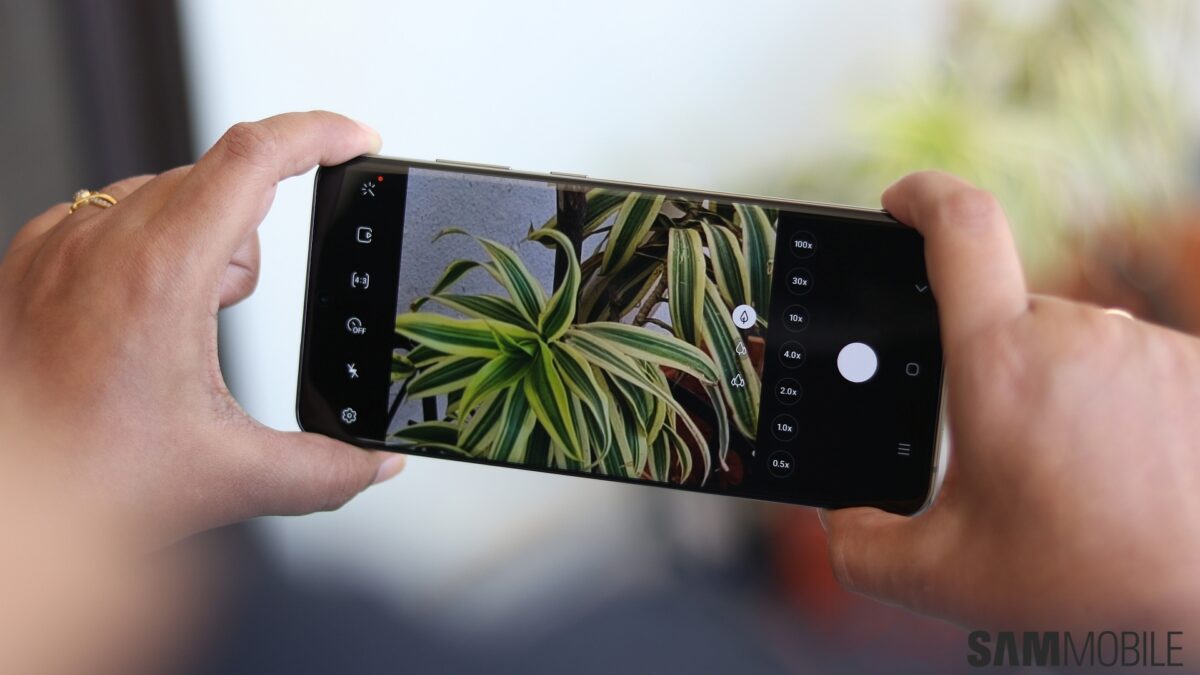 In layman terms, the Galaxy S20 Ultra’s main camera doesn’t let you get as close to objects as the camera on the smaller Galaxy S20 models without losing focus, which is a hardware limitation that cannot be corrected with software. To get around this, Samsung has added a new camera function to the Galaxy S20 Ultra with the latest update.

This new camera function is like a macro mode of sorts: Every time you get too close to an object and the Galaxy S20 Ultra realizes it cannot properly focus, it will now show a toggle called Use close-up zoom. Pressing this toggle sets the zoom level to 1.5x, so you can simply take a close-up shot without having to keep the phone physically close to whatever it is you’re trying to capture.

Check out the video below that shows this new Galaxy S20 Ultra camera feature in action.

This is a trick (zooming in for macro shots) many of you probably using already, and the close-up zoom toggle more or less just makes it an automated process. It also helps those who may not have thought of the trick on their own, and it helps maintain proper focus by suggesting to move farther away from the subject as well. And it’s made possible by the fact that the camera has 108 megapixels to work with, so you can get sharp and clear macro shots at 1.5x zoom without losing image quality.

It’s worth mentioning that the ‘close-up zoom’ function is not available on the Galaxy S20 and Galaxy S20+. That’s probably because the non-Ultra models have better autofocus tech compared to the Ultra model (yes, it’s a messed up world we live in when a $1400 phone doesn’t have the best of everything over its cheaper siblings), and also because the 12-megapixel resolution would result in reduced quality when photos are captured at 1.5x magnification, as mentioned at the beginning of this article.