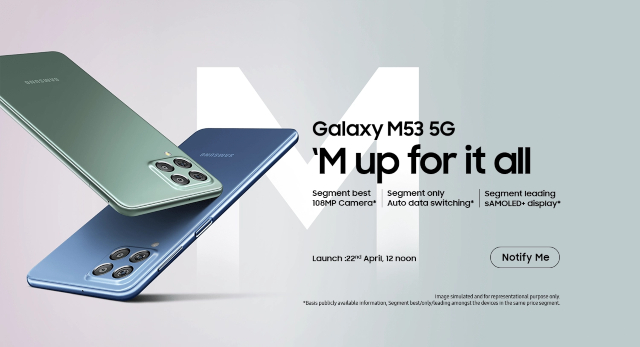 Along with these segment-best features, it also comes with another segment-first, auto data switching feature. Under the hood, the Galaxy M53 5G is powered by the MediaTek Dimensity 900 processor, which is similar in performance as compared to the Exynos 1200 SoC.

It will be offered in two RAM options, i.e. 6GB and 8GB, and will come with 128GB of onboard storage. The Samsung Galaxy M53 5G will be juiced by a 5,000 mAh battery and will support 25W fast charging. For selfies, it sports a 32MP camera that is capable of recording 4K @30fps using the front and rear cameras.