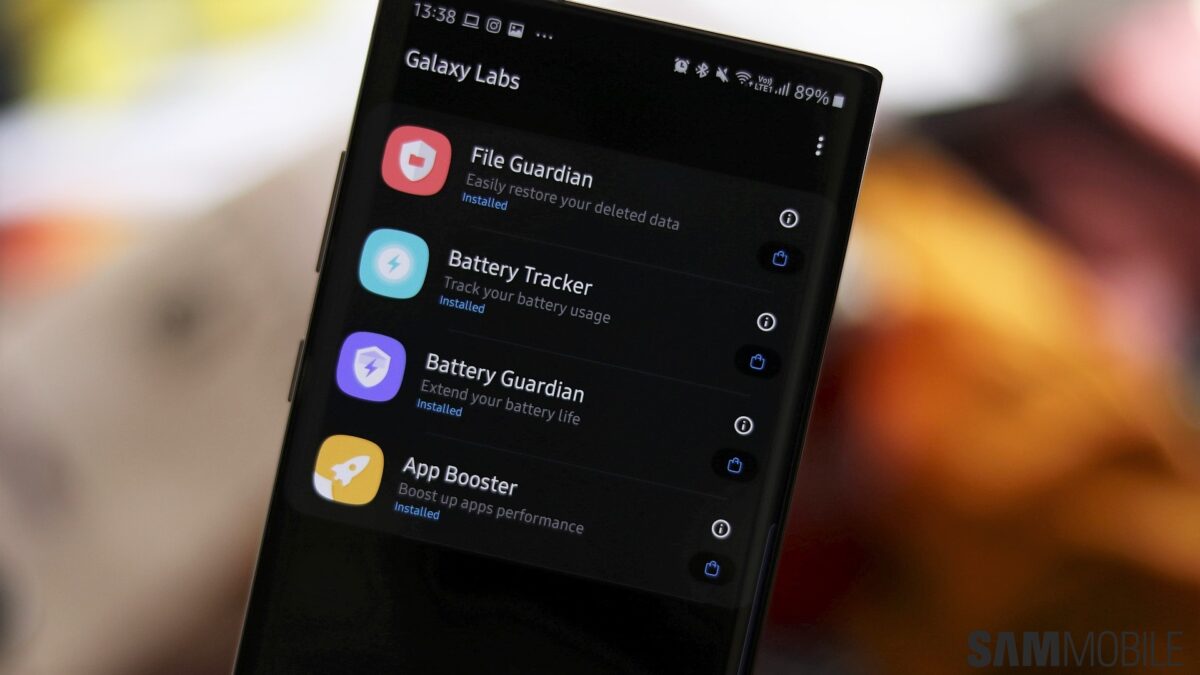 Samsung has launched a new suite of device optimization apps for Galaxy smartphone and tablet owners called Galaxy Labs. Like Good Lock, which lets you customize various elements of the user interface, Galaxy Labs is a container of sorts that lets you access the actual apps that let you optimize your device from a single location. There are four apps: File Guardian, Battery Tracker, Battery Guardian, and App Booster. 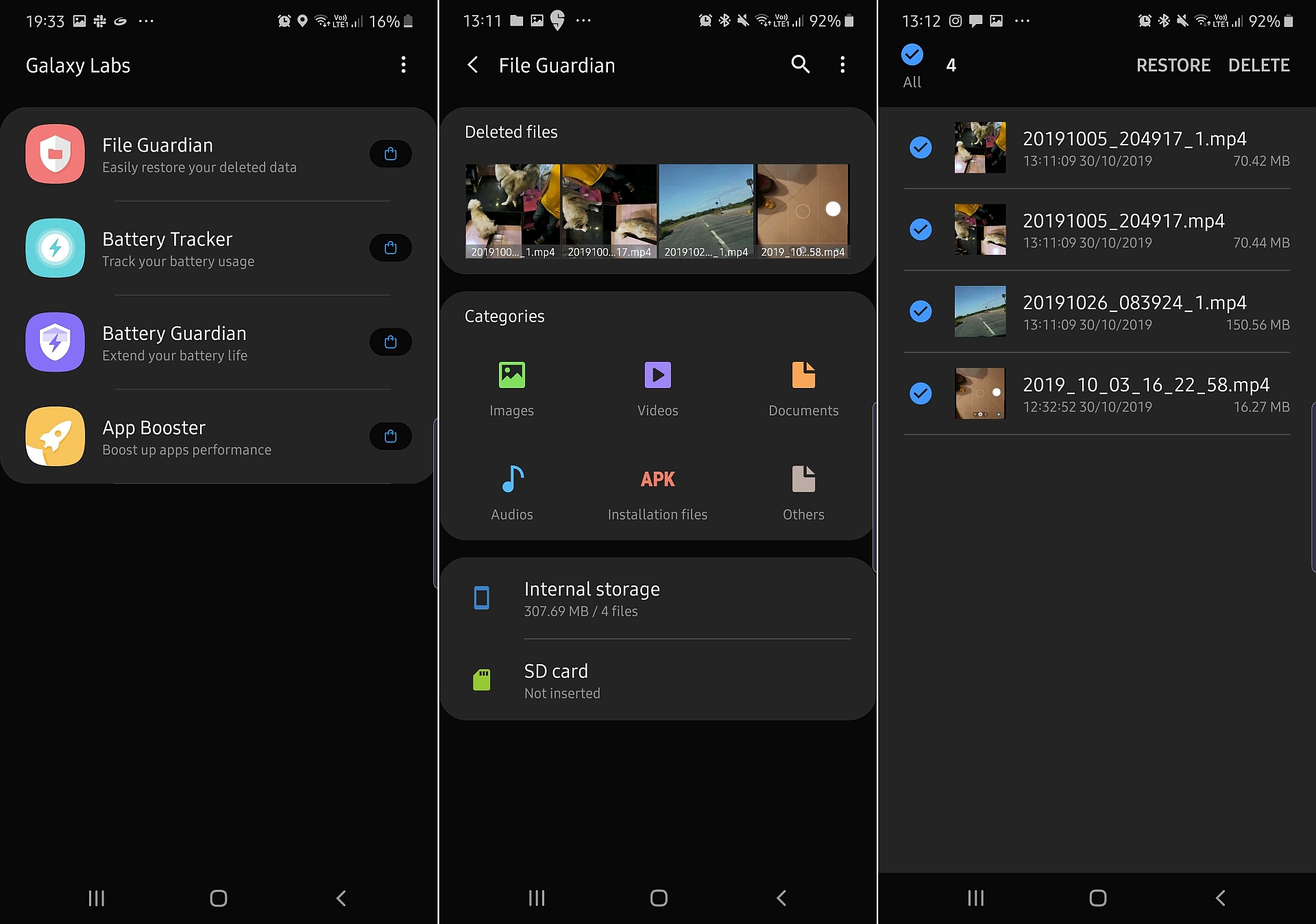 Battery Tracker, as the name suggests, lets you track your phone’s battery usage in a more detailed manner compared to what’s possible with the built-in battery menu on Android. You can track battery usage since the last full charge and also view battery usage for the last seven days. This is something Android 10 and One UI 2.0 will have out of the box, but Battery Tracker makes it possible to have similar battery tracking functionality on Android Pie. 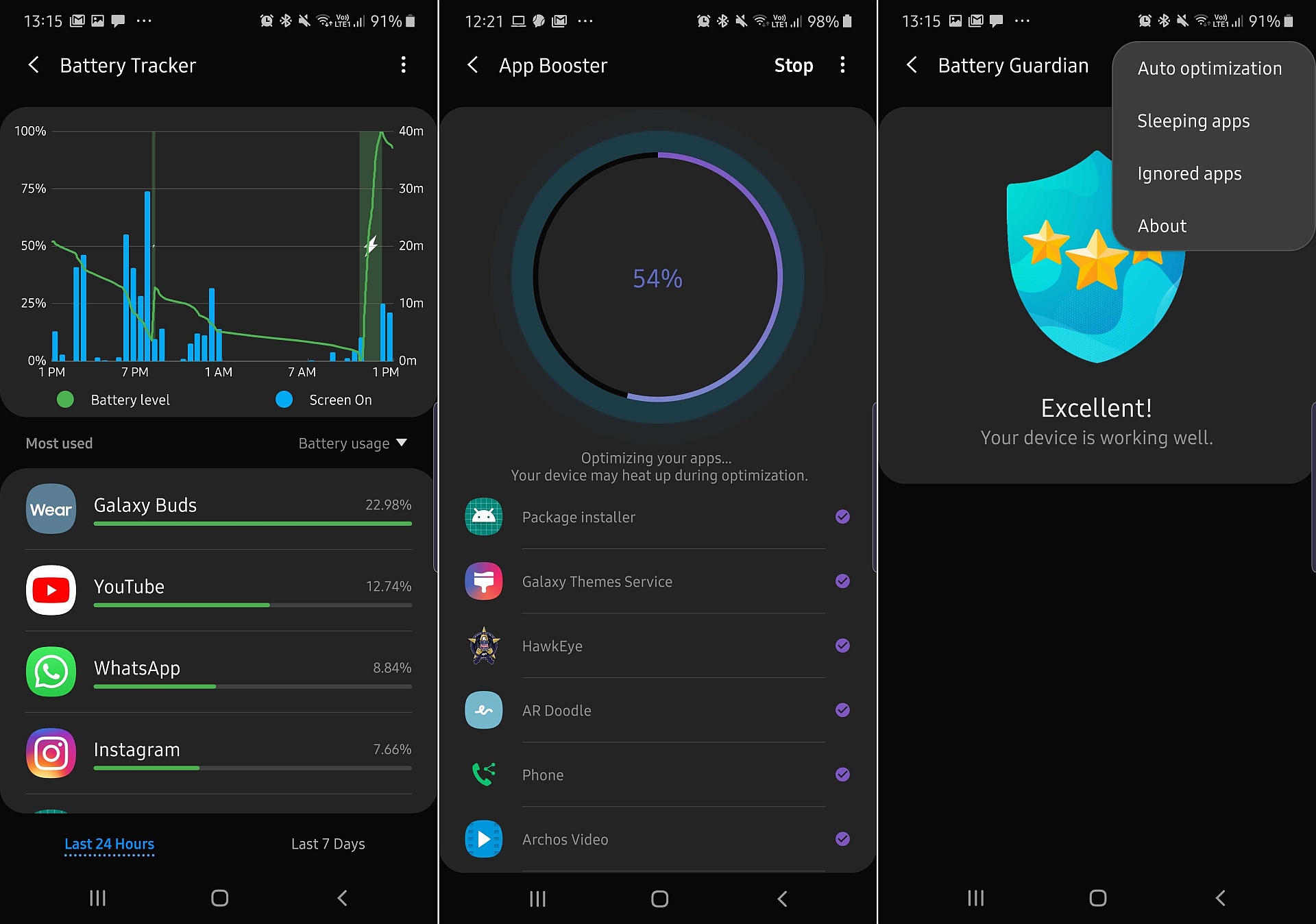 Battery Guardian, however, doesn’t do anything new and only checks if you have existing optimization features like Auto optimization and Sleeping apps enabled. App Booster’s purpose, meanwhile, is quite vague. It says it optimizes all apps (including third-party and system apps) on the device to boost their performance and takes a long time to complete the optimization process, but what happens under the hood is unclear, which is why we’d recommend against using it.

How do I get Galaxy Labs and all its apps?

Galaxy Labs and its related apps are available on the Galaxy Store, but right now, they seem to be available only in the Netherlands. However, you can still install the apps on your device by downloading the APK files. You will first have to download and install Galaxy Labs and Galaxy Labs Agent, and then, you can install all four utilities or just the ones you like.

Below are the links to the APK files that you can get from our APK archive.

Samsung updated a couple of Galaxy Labs apps (and Galaxy Guardians itself) to version 3.0.46 yesterday, and a handful of other Labs modules are now receiving similar updates. The list includes Samsung Battery Tracker, Battery Guardian, File Guardian, and Memory Guardian. Once again, all of these modules have been updated to the same version: “3.0.46.” […]

Three Samsung Galaxy Labs apps are getting fresh new updates with mystery changelogs. The company is rolling out a new version of Good Guardians (a.k.a. Galaxy Labs) and new updates to Thermal Guardian and Galaxy App Booster. Coincidentally, all three app updates carry the same version: “3.0.46.” Likewise, all three updates are missing their changelogs […]

Did you know the Samsung Gallery Android app comes packaged with a (not-too-)secretive Galaxy Labs menu? More importantly,  enabling this array of impressive and entertaining features on your end shouldn’t take more than a literal minute. Largely on account of the fact that Galaxy Labs support has been built into every single one of Samsung’s […]