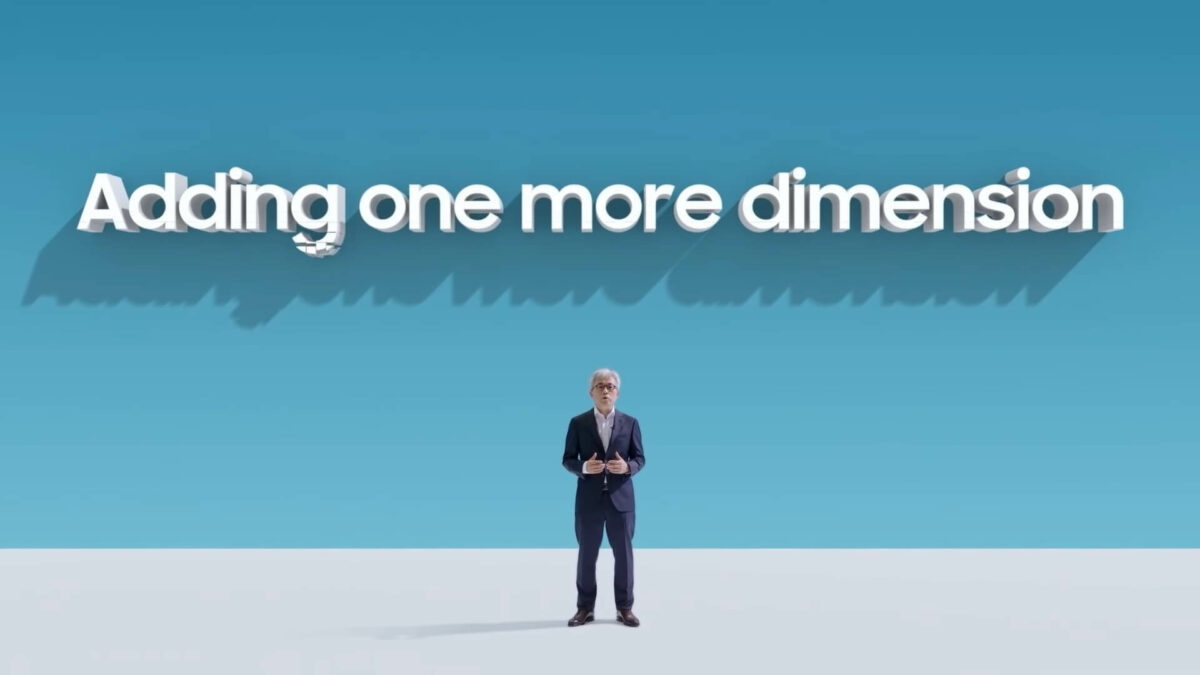 Samsung has finally unveiled its plans regarding the mass production of semiconductor chips based on 2nm, 3nm, and 4nm fabrication technologies. The announcement came as a part of the Samsung Foundry Forum 2021 event. The world’s biggest memory chip brand unveiled that it will continue to migrate process technologies for faster and more efficient chips, which are in huge demand, especially since the COVID-19 pandemic.

The South Korean firm said it has already started the mass production of chips based on its 4nm process. Samsung Foundry also revealed that it will begin mass-producing 3nm-based semiconductor chips in the first half of 2022. The company’s 3nm process uses GAA (Gate All Around) design with MBCFET (Multi-Bridge-Channel FET) for up to 35% decrease in package area, 30% higher performance, or 50% lower power consumption compared to its 5nm EUV process.

The company also revealed that its 3nm process’ yield is already approaching 4nm levels. Samsung’s second-generation 3nm process will be ready for mass production sometime in 2023. Samsung said that it has recently added the 2nm process node to its roadmap, and it is currently under development. The company expects to start the mass production of 2nm chips in 2025. This is the first time Samsung is talking about a 2nm process, and it looks like an optimized version of its 3nm process node. 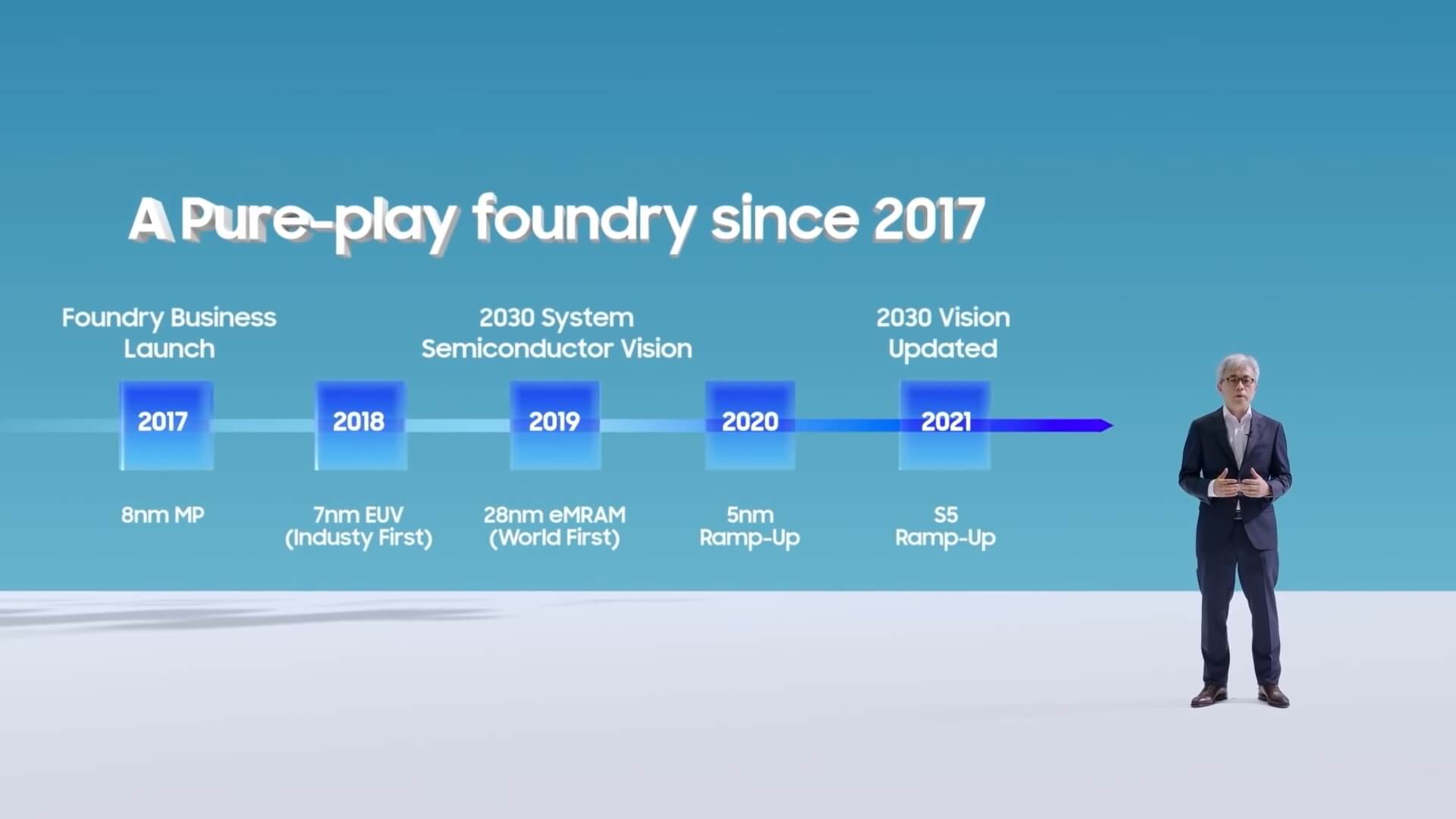 The company also revealed that it is continuously improving its FinFET process node. Its 17nm FinFET process node uses a 3D transistor architecture for up to 43% decrease in die area, 39% higher performance, or 49% increase in power efficiency compared to its 28nm process node. Samsung is also improving its 14nm process with 3.3V high-voltage or eMRAM for improved write speeds and density. It could be used to make IoT, MCU (Micro Controller Units), and wearable chips.

The South Korean firm’s 8nm RF (Radio Frequency) platform could expand the company’s leadership in the 5G market in sub-6GHz and mmWave applications.

Dr. Siyoung Choi, President and Head of Foundry Business at Samsung Electronics, said, “We will increase our overall production capacity and lead the most advanced technologies while taking silicon scaling a step further and continuing technological innovation by application. Amid further digitalization prompted by the COVID-19 pandemic, our customers and partners will discover the limitless potential of silicon implementation for delivering the right technology at the right time.”