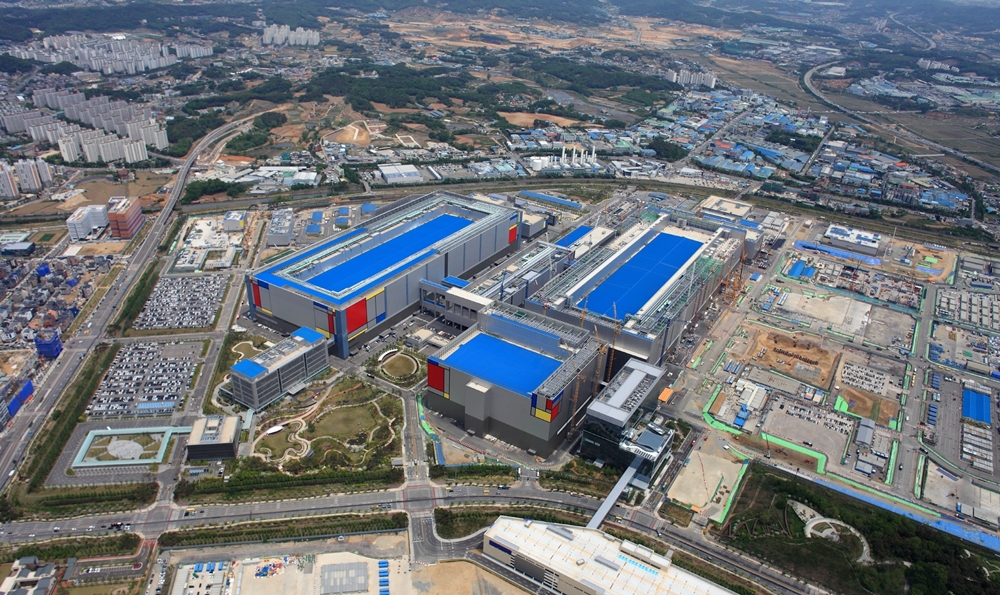 In a race to become the world’s largest semiconductor firm by 2030, Samsung has announced that it will start building a new 5nm chip production line in Pyeongtaek, South Korea. The company plans to make AI (Artificial Intelligence), high-end smartphone, and HPC (high-performance computing) chips at its new facility.

Samsung’s upcoming EUV foundry will be set up in its Pyeongtaek Campus in Gyeonggi Province in South Korea, 70km south of Seoul. The company began the construction work for the facility this month, and it will be completed by next year. The South Korean tech giant plans to start operations in the upcoming facility by the second half of 2021. Samsung will reportedly invest around KRW 10 trillion ($8.1 billion) in this facility.

Samsung will begin mass production of 5nm chips in H2 2020

The company had launched its EUV-focused chip production line in Hwasong (known as V1) in February 2020. Samsung had started the mass production of the industry’s first 7nm chips in 2019 on its Mars S3 line. It plans to first begin mass production of 5nm chips at its Mars plant in the second half of 2020 and then start doing the same through its Pyeongtaek factory.

Jung Eun-Seung, President of Foundry Business Unit at Samsung Electronics, said, “We will expand the production size of process products under 5nm, and actively respond to the growing demand for EUV-based ultra-fine markets, and will continue to grow the foundry business through strategic investment and continuous recruitment of people.”

With the upcoming foundry production line, Samsung will have a total of three facilities—Pyeongtaek, Hwaseong, and Yongin—in the Gyeonggi Province in South Korea. Samsung unveiled its plan to invest $115 billion in its Foundry and System LSI business as a part of its ‘Semiconductor Vision 2030.’

Samsung trying to take on TSMC in the semiconductor segment

Samsung is competing with TSMC to bag orders from brands like AMD, Apple, Nvidia, and Qualcomm. However, the South Korean firm seems to be a step behind TSMC as the latter has already started the mass production of 5nm chips, and is mass producing the A14 chipset for the upcoming iPhones.

TSMC has a whopping 54 percent market share in the semiconductor chip production segment, while Samsung has an 18 percent share. TSMC announced its plans to set up a 5nm chip production line in Arizona in the US after pressure from the Donald Trump administration. Even Samsung is reportedly considering expanding its factory in Austin, Texas, in the US, but nothing has been official yet.

Samsung has finally decided where it will build its new EUV semiconductor manufacturing facility on US soil. T …

Samsung may have lost the race for acquiring EUV equipment to TSMC, but the battle is not over yet. The Korean …