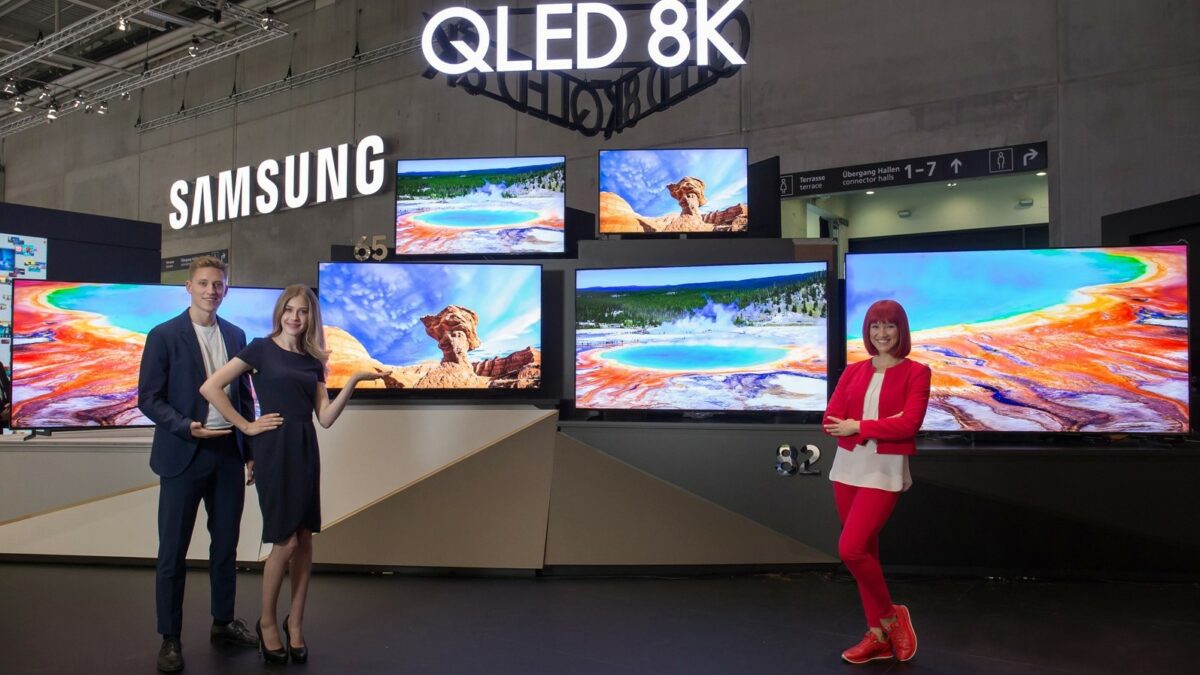 The European Union is preparing to set stricter energy requirements on TVs on March 1, 2023. This move, designed to push the least-performing product off the European market, could lead to a sales ban on all 8K TVs next year. And yes, this seemingly includes Samsung’s 8K TV range in Europe.

TV manufacturers operating in Europe aren’t too happy with the upcoming regulations that may be imposed by the European Union. The 8K Association, of which Samsung is a part, said that “unless something changes, March 2023 will spell trouble for the emerging 8K industry […]. The power consumption limits on 8K TVs (and microLED-based displays) are set so low that essentially none of these devices will pass.”

The first phase in this new strategy set forth by the European Union commenced in March 2021, when the Energy Label was restructured, resulting in countless TV models being downgraded to the lowest energy class (G). The next step in March 2023 will be to set in place stricter energy requirements. These new standards may be impossible to reach without serious compromises.

According to Samsung representatives cited by FlatspanelHD, the company might be able to meet the upcoming regulations for the European market, but it won’t be an easy task.

There’s still hope for Samsung and other TV brands

The good news for smart TV manufacturers doing business in Europe is that the EU has yet to set the new regulations in stone. The European Union will review the 2023 Energy Efficiency Index (EEI) by the end of this year, so there is a chance that these upcoming energy requirements will be revised.

Another bit of good news for TV brands, including Samsung, is that these upcoming regulations might concern only the picture mode that is enabled by default for smart TVs. In other words, smart TV manufacturers might be able to dodge these regulations by tweaking the default picture mode to consume less energy. But whether this can be achieved without ruining the out-of-the-box user experience, especially for 8K TVs, is unknown.

For picture modes that require more energy, TV manufacturers will need to prompt the user and inform them of the higher energy requirements, which Samsung TVs already do. Once again, these regulations are meant to weed out poorly-performing brands, and Samsung is not one of them, which means that the company might be able to find a solution without too many sacrifices to picture quality.