Samsung today announced the mass production of the industry’s first 12Gb LPDDR5 mobile DRAM. It’s optimized for enabling 5G and AI features in upcoming smartphones. The Galaxy Note 10 is the company’s next flagship smartphone and there’s a good chance that it will tout this new memory chip.

A 12Gb RAM variant is already expected to be available for the Galaxy Note 10. It may obviously be limited to more expensive configurations with greater onboard storage. The new flagship will be available with up to 1TB of internal storage. It’s due to be announced on August 7.

One year ago to the day, Samsung had announced the mass production of the first 8Gb LPDDR5 DRAM for smartphones, mere weeks before the Galaxy Note 9 was launched. Samsung is being very consistent in this regard, introducing its 12Gb LPDDR5 DRAM ahead of the Galaxy Note 10 launch on August 7.

When it’s made into a 12GB package, the LPDDR5 can transfer 44GB of data, the equivalent of 12 full-HD movies, in just one second. There are also efficiency gains to be had there. The new chip uses 30 percent less power than its predecessor. The gains have been achieved with a new circuit design that has enhanced clocking, training, and low-power feature.

As a leader in the global memory market, Samsung is always pushing the envelope on what’s possible. The company says that it expects to develop a 16Gb LPDDR5 mobile DRAM this year. This would give it even more of an edge in the market. 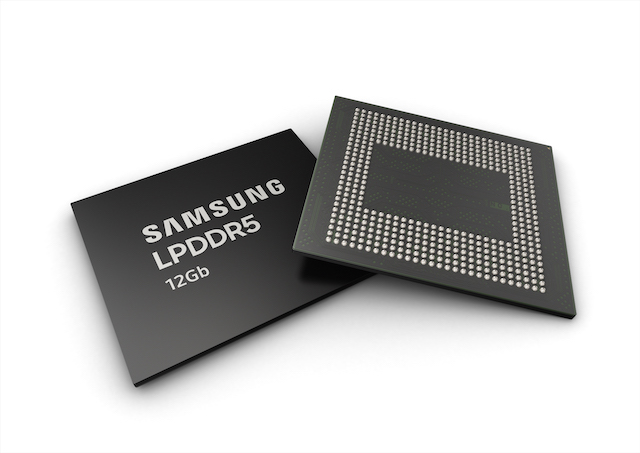 The things samsung removed in note 10, i guess i gotta keep my note 9 for long unless samsung brings stuff after mistake as same situation with note5

Sd card is compensated with a Base of 128GB without increase in retail price but forget both headphone Jack and sd card since all major OEMs dont include it anymore. What Samsung should have done though is including headphone jack in the smaller variant.

smaller varaint can’t be better than Plus variant.

Why Note 5 was a mistake in your opinion ?

More news »
US unlocked Galaxy S10 and Note 10 get February security update By Abhijeet M.|2 weeks ago
Samsung’s new Instagram interactive story has you running after bad guys By Mihai M.|1 month ago
Blockchain multiplayer game Battle of Elrond is a Galaxy Store exclusive By Mihai M.|1 month ago
Unlocked Galaxy S10 and Note 10 get January security update in the US By Abhijeet M.|1 month ago
SamMobile TVMore »
Opinions More »
The one reason I’m getting the Galaxy S20 Ultra over the Galaxy S20+
4 days ago