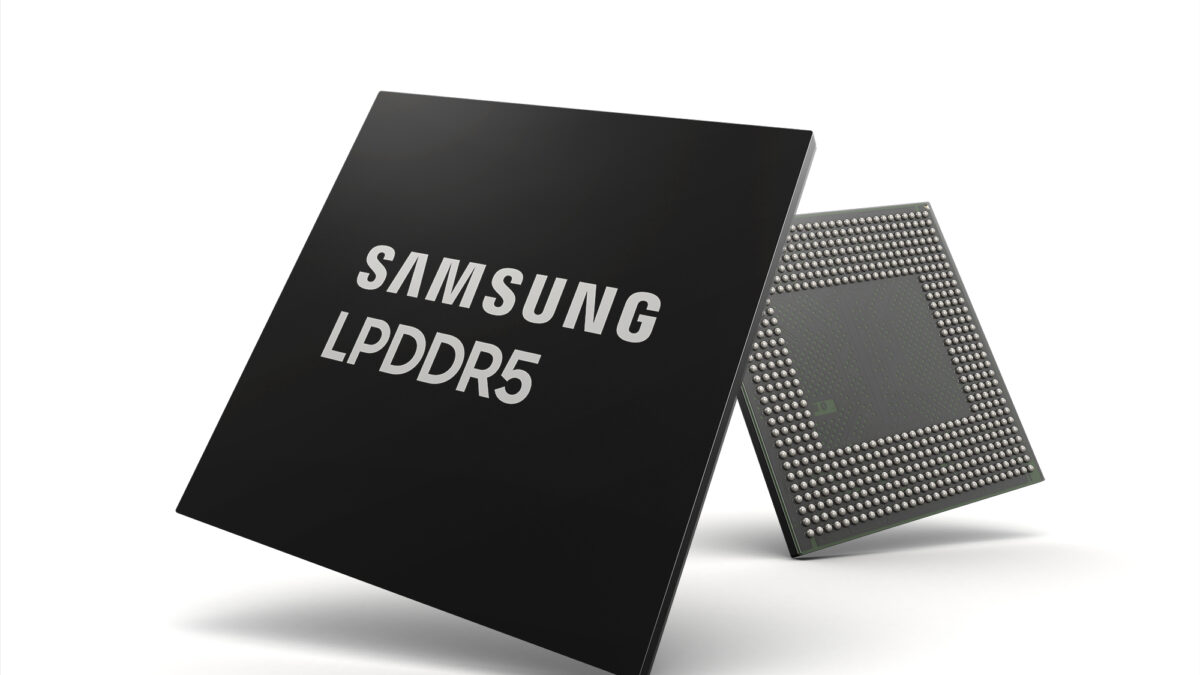 Samsung officially announced its 8Gb LPDDR5 DRAM chip for smartphones today. The company says that this is the industry’s first 10nm class 8Gb LPDDR5 chip. It’s pertinent to mention here that Samsung was the first to bring the 8Gb LPDDR4 chip to mass production back in 2014 as well. This new chip will support Samsung’s objective of transitioning to the LPDDR5 standard for use in upcoming 5G and AI-powered mobile applications.

The latest addition to Samsung’s premium DRAM lineup joins the 10nm class 16Gb GDDR6 DRAM which has been in volume production since December 2017. The 16GB DDR5 DRAM which was developed in February is also in the lineup.

With a data rate of 6,400 Mb/s, the 8Gb LPDDR5 DRAM chip is 1.5 times as fast as the mobile DRAM chips used in current flagship devices. Existing flagships like the Galaxy S9 feature LPDDR4X RAM chips with data rates of 4,266 Mb/s. This increased transfer rate enables the LPDDR5 chip to send 51.2 GB of data, which is equal to 14 full-HD video files, in one second.

Samsung will offer the new chip in two bandwidths – 6,400 Mb/s at a 1.1 operating voltage (V) and 5,500 Mb/s at 1.05V. Samsung thus bills it as the “most versatile mobile memory solution” for next-generation smartphones and automotive systems. The company was able to achieve this performance advancement by doubling the number of memory subdivisions within a DRAM cell from eight to 16. The new memory can thus attain a much higher speed while reducing power consumption.

The new LPDDR5 chip will offer a “deep sleep mode” which will reduce power usage to approximately half the “idle mode” of the current LPDDR4X DRAM. Samsung claims that the new chip can deliver power consumption reductions of up to 30 percent which will go a long way in extending the battery life of smartphones. The chip will be capable of powering artificial intelligence and machine learning applications. It will be UHD-compatible for mobile devices worldwide as well.

Samsung has completed functional testing and validation of a prototype 8Gb LPDDR5 DRAM package. It will begin mass production of this chip in the near future. We probably won’t see this chip in the Galaxy Note 9 but we can certainly expect it onboard the Galaxy S10 next year.