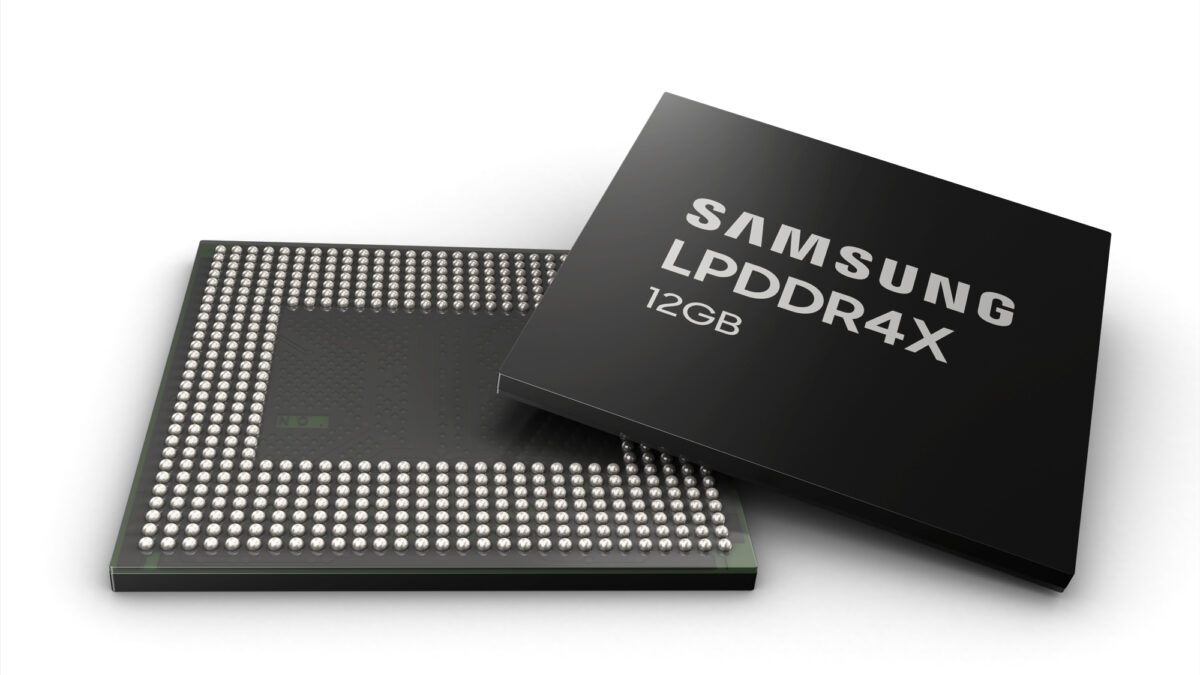 Samsung has begun mass producing the world’s highest-capacity 12GB LPDDR4X RAM chips. The new mobile DRAM is an industry-first product and is optimized for tomorrow’s premium smartphones, the company said, hinting towards its upcoming foldable smartphones.

While the 1TB Galaxy S10+ already comes with 12GB RAM, it’s not using this new module. The device packs a LPDDR4 memory, which use a 20nm process. The new LPDDR4X RAM chip uses a 10nm process.

Makes way for a bigger battery

While both the 10nm and 20nm chips offer the same average speed of 4,266 Mb/s, the new LPDDR4X memory takes up a lot less space. The 1.1-millimeter thickness of the new chip allows smartphone makers to pack more or bigger hardware components in the phone. Like, for example, a bigger battery. A smaller chip should also minimize power consumption.

This new memory module can easily handle more than five cameras, larger screen sizes, AI and 5G, while making multitasking a lot more fluid, Samsung said. That pretty much describes the company’s upcoming Galaxy S10 5G and the Galaxy Fold. Both the devices are expected to release in the next couple of months.

Samsung is the world’s largest memory chip maker. And to meet its high demand, the company plans to more than triple the supply of its 8GB and 12GB LPDDR4X mobile DRAM by the second half of 2019.