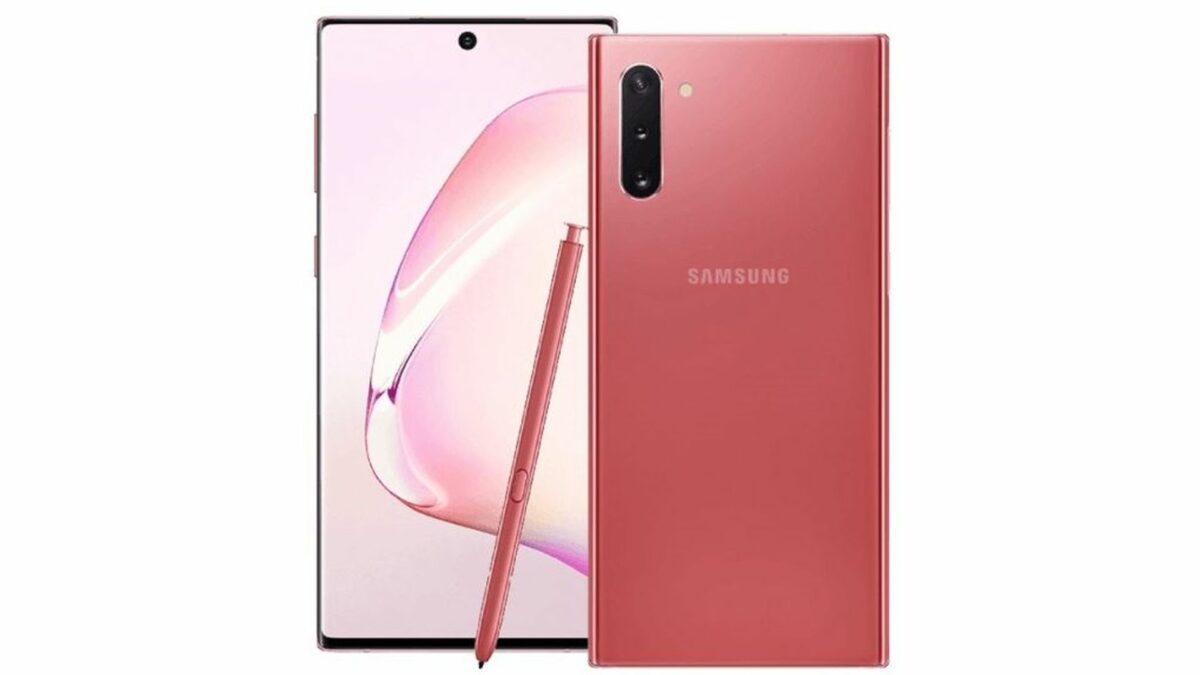 Are you up for another round of Galaxy Note 10 renders? Well, here it is, this time showcasing the flagship in pink. We’ve exclusively reported a couple of months ago that the Galaxy Note 10 will be available in pink, at least in some countries. Now the leaked renders at hand offer a first look at how the phablet will look like in this finish.

Gradient silver has been the most predominant color in the numerous Galaxy Note 10 press renders that have been leaked so far, but not every Note 10 color option will be iridescent. Much like the simple black finish, it looks like pink will be more subdued and won’t have a gradient effect. Instead, it seemingly has a matte finish. Furthermore, the pink Galaxy Note 10 has an S Pen sharing the same color as the device itself, whereas gradient silver models seem to be breaking the mold and feature a blue stylus.

Only the smaller Galaxy Note 10 is shown in these fresh renders, but the Galaxy Note 10+ will likely get the same treatment. A couple of months ago we’ve also learned that the Note 10 series should launch in red, but so far we haven’t come across any press renders to set this detail in stone. Nevertheless, our sources were right about the pink flavor, so the red color is very likely to exist as well.