[Poll] Do you like that silver Galaxy Note 10 with blue S Pen and bright gradients?

Gradient colors on smartphones are all too common these days, and Samsung adopted them for mid-range and budget devices last year before bringing gradient effects to its flagship lineup with the Galaxy S10e, S10, and S10+. The company is going to offer gradient colors with the Galaxy Note 10 as well, but as recently leaked renders show us, the gradient effect on at least one of the color variants won’t be as subtle as it is on the Galaxy S10 lineup.

The Galaxy Note 10 you see in the image below is apparently the silver color variant, although you wouldn’t be able to guess looking at the  device. The gradients seem to be similar to those seen on the Prism Silver Galaxy S10, only silver won’t be a limited color option for the Galaxy Note 10, as we had exclusively revealed a couple of months ago. While the gradient effects look pretty, some will bring up the fact that the silver Note 10 looks similar to some of Huawei’s smartphones, especially when you take the vertically laid out triple camera setup into account. 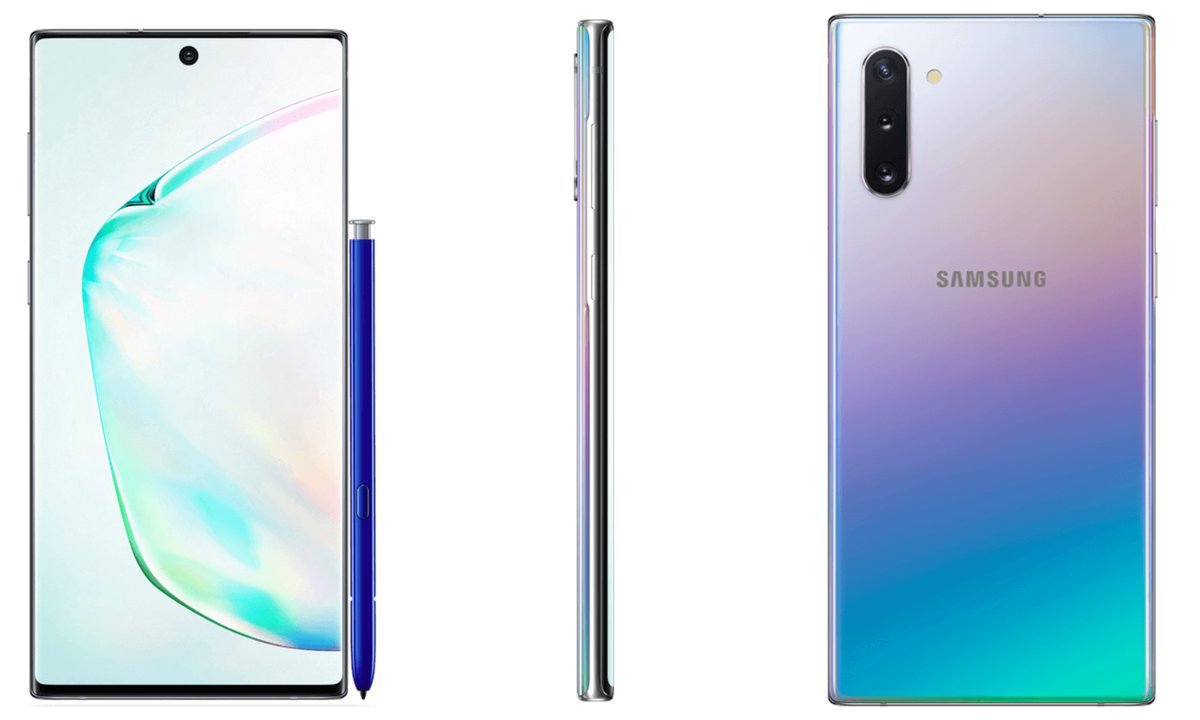 The S Pen accompanying the silver Note 10, meanwhile, is colored a dark blue. Last year, the blue Galaxy Note 9 came with a yellow S Pen, and that turned out to be pretty polarizing. It’s not that everyone had an issue with a brightly colored S Pen. It was Samsung’s choice of color for the stylus that turned off many people, but the dark blue S Pen with the silver Note 10 and Note 10+ will probably get a more positive response.

And we’d love to see what you, our readers, think about the funky gradient effect on the silver Galaxy Note 10 and that blue S Pen. We know your opinions might change when you see the device and S Pen in real life, but do you like them based on what you see in the picture above? Go ahead and vote in the poll, then let us know your thoughts in more detail down in the comments section!

Do you like that silver Galaxy Note 10 with blue S Pen and bright gradients?
Total Votes: 1376
×
You or your IP had already vote.