A previous leak which showed this device’s boot screen revealed that it will be called the Galaxy Note 10+. The differences between these two models have been talked about a few times before. The larger display aside, these leaked renders do confirm some other key details as well.

Even though the Galaxy S10+ had a dual front camera, that luxury hasn’t been extended to the Galaxy Note 10+. It will have a single front camera with a centered hole. We have already talked about the fact that it doesn’t really make that much of a difference to have a dual camera upfront so Galaxy Note 10+ owners won’t be missing out.

Everything else is the same, design wise. Both models are ditching the dedicated key for the Bixby smart assistant which some will argue is a good thing. The silver color option with the funky gradient will be offered with the Galaxy Note 10+ as well. There will obviously be other color options. We may get to see press renders of them as well in the coming days.

The cat is more or less out of the bag now. Some evident refinements have been made to an otherwise solid design. The new silver color is very trendy and might interest a lot of customers. 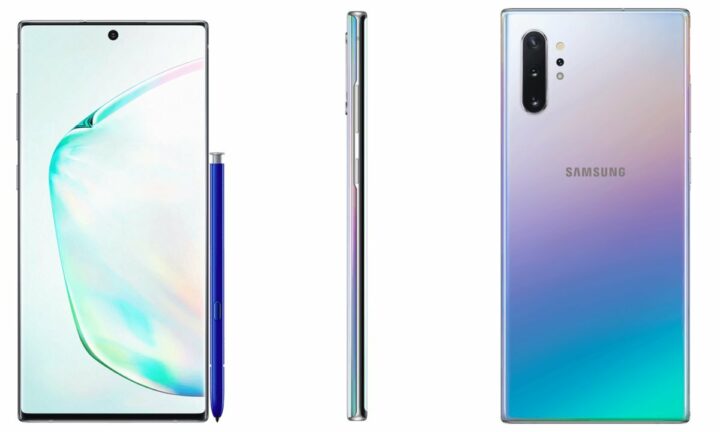 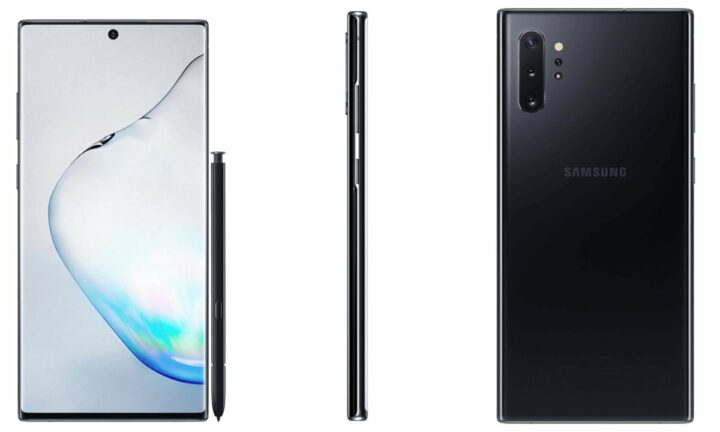