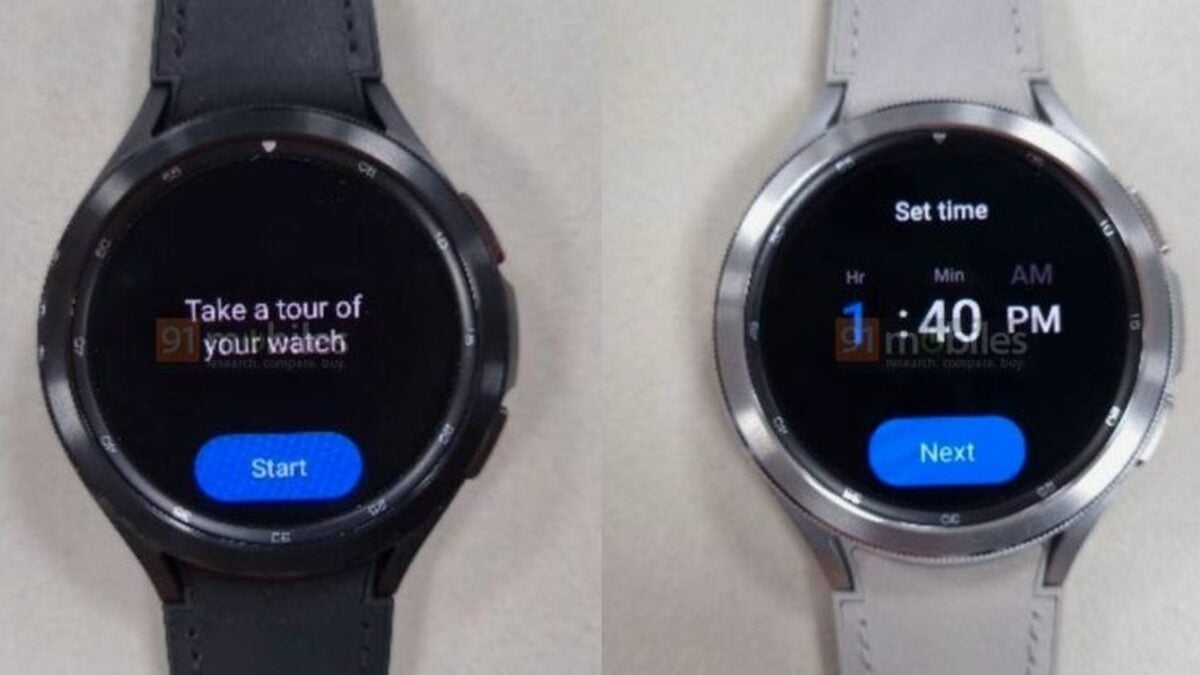 The upcoming Galaxy Watch 4 series has so far been leaked in spades, not only through unofficial channels but also by Samsung executives and brand ambassadors. The amount of leaked renders so far makes it virtually impossible to be taken by surprise by anything related to the design of the Galaxy Watch 4 and Galaxy Watch 4 Classic, but the latter model was recently leaked in a couple of live photos, just in case you needed another reminder of what to expect come August 11.

Two Galaxy Watch 4 Classic variants are on their way

The Galaxy Watch 4 Classic is expected to go on sale in two sizes: 42mm and 46mm. The model captured in these live photos is seemingly the larger of the two, though it’s difficult to be certain without a direct point of comparison.

Samsung is expected to unveil the Galaxy Watch 4 Classic at Galaxy Unpacked next week. Pricing details remain unclear but rumors hint at a price range of 470-530 euro.