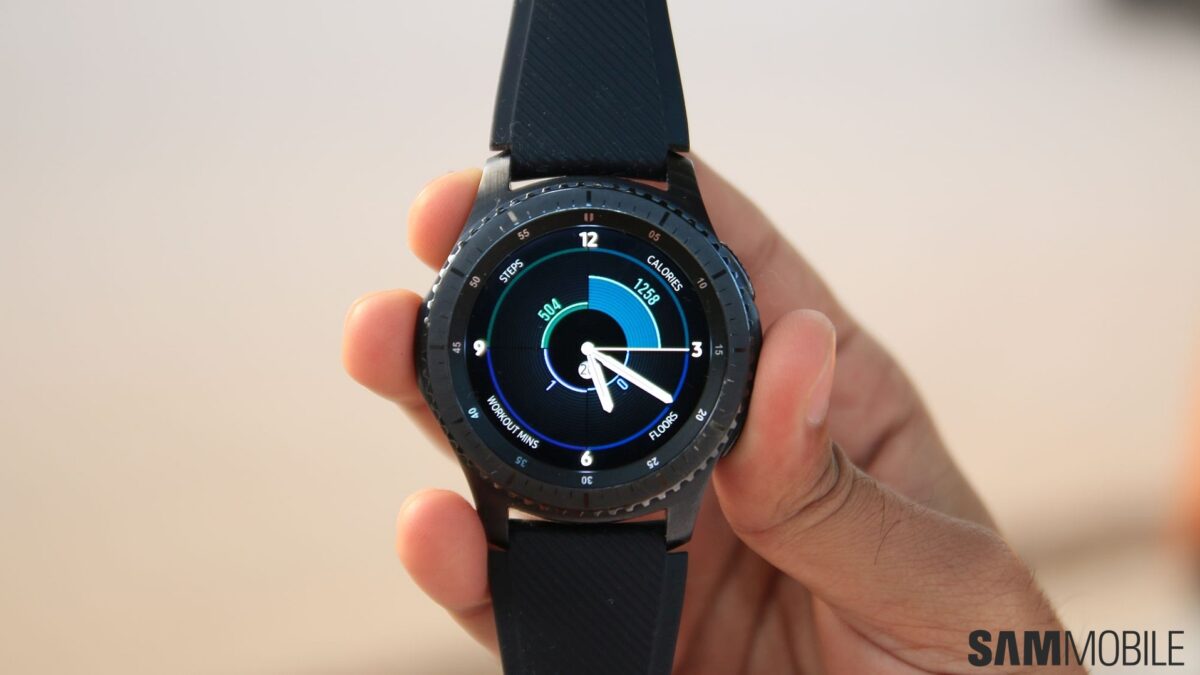 A new software update has been released for the Gear S3, the first one the watch is receiving after the major One UI update that Samsung pushed out a couple of months ago. The update that’s rolling out today is available in Germany, Canada, and Israel and should expand to other countries in the next few weeks. It brings improved system reliability and disables automatic syncing of alarms between the watch and the connected phone, which will probably come as good news to many.

That’s because after the One UI update, the Gear S3 has been forcefully copying the settings for a particular alarm from the phone, overriding any changes made to the alarm on the watch. For example, if you set the watch to only vibrate for your morning alarm and set the phone to vibrate and ring for the same alarm, you’ll find the watch ringing as well when you wake up. After installing the update that’s rolling out today, that should stop being an issue and your Gear S3 should remember your alarm preferences once again.

The new update is available for both the Frontier and Classic models and should show up as a notification on your phone at some point. You can also try and download the update right away by opening the Galaxy Wearable app on your phone, selecting About Watch, followed by Update watch software, and then tapping the Update now button. Since these updates are rolled out in stages, it will take some time before the update is available for everyone.