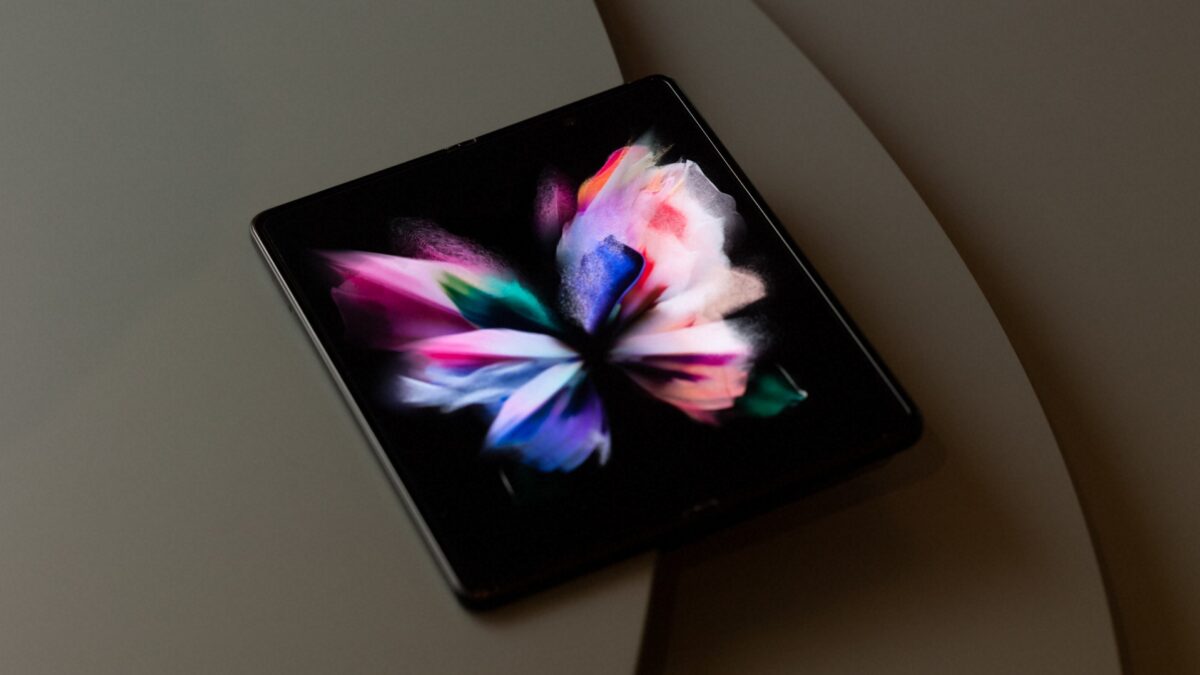 Every new Samsung flagship phone that hits the market ships with a new wallpaper design and often a new interpretation of the iconic Over the Horizon ringtone.

The upcoming Galaxy Z Fold 4 and Galaxy Z Flip 4 should do the same, and it looks like Samsung may have indirectly revealed the wallpaper design it had planned for its new foldable flagship phone series.

The images are of low resolution and otherwise too blurry to be used for a smartphone wallpaper, but they at least reveal Samsung’s art direction. In any case, high-quality renditions could leak ahead of the Galaxy Z Fold 4 and Z Flip 4 unveiling, so stay tuned and keep an eye on the wallpaper section on our website.

The two upcoming foldable flagship phones are rumored to be revealed on August 10, and they could hit the market a couple of weeks later. Samsung is expected to unveil the Galaxy Watch 5 series on the same day. In the meantime, the company is testing One UI Watch 4.5 on its existing Wear OS 3.0 smartwatches.