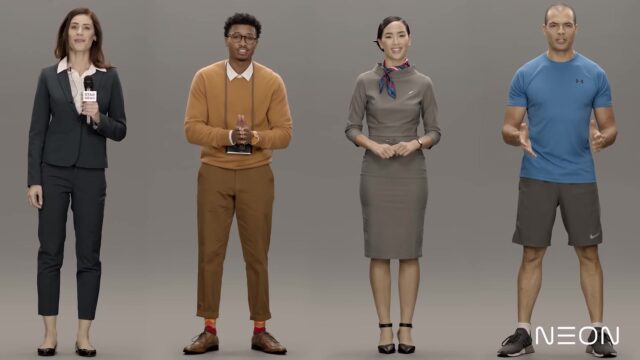 Samsung STAR Labs’ somewhat mysterious and polarizing AI-generated virtual assistant called NEON is not going to become an integral part of our consumer lives anytime soon, or at least not in a way that strictly involves the Galaxy smartphone portfolio.

NEON was first unveiled at CES 2020 and it raised more questions than it answered. It was pitched as an artificial human and a computationally created virtual being, generating a lot of hype as a result. In fact, given the lack of detailed information at the time, NEON appeared to be a hype-generating machine more than anything else.

The AI gained more attention from smartphone users last month when the CEO and President of STAR Labs, Pranav Mistry, posted a tweet that brought the mysterious artificial human back in the limelight. The CEO claimed to have a test version of NEON running on his smartphone and added that consumers will get to see it before Xmas; a promise that led to speculations surrounding the Galaxy S21 and the possibility that it might be among the first Galaxy smartphones to boast this seemingly revolutionary technology out of the box. This, however, will not be the case.

CEO Pranav Mistry followed up with a new tweet earlier today and revealed that NEON is not coming with [the Galaxy] S21 or any other Galaxy devices. NEON is an independent service in making, available in 2021, and as of now the NEON View API and NEON Frame services are targeted exclusively at the B2B (Business-to-Business) segment.

According to previous announcements, businesses could leverage NEON to create interactive AI-based experiences for customers. These avatars could exist as backup news anchors or, despite the artificial human marketing label, even as AI-generated cartoon characters. So, in essence, customers should be able to interact with these avatars through their smartphones, possibly from the cloud or by connecting to a service. Keep in mind that the CES demonstrations were simulated and that the company has yet to showcase the actual NEON service / AI on a smartphone.

But regardless of NEON’s alleged capabilities, the AI won’t be a part of the Galaxy S21 package at launch. It won’t be a strictly on-device experience either, and before we can even dare to hope for that to happen, NEON will have to at least make a good first impression next year.

Also, NEON is an independent service, in making. Its not coming with S21 or any other Galaxy devices. Available in 2021, as of now only for B2B via View API integration, and NEON Frame.