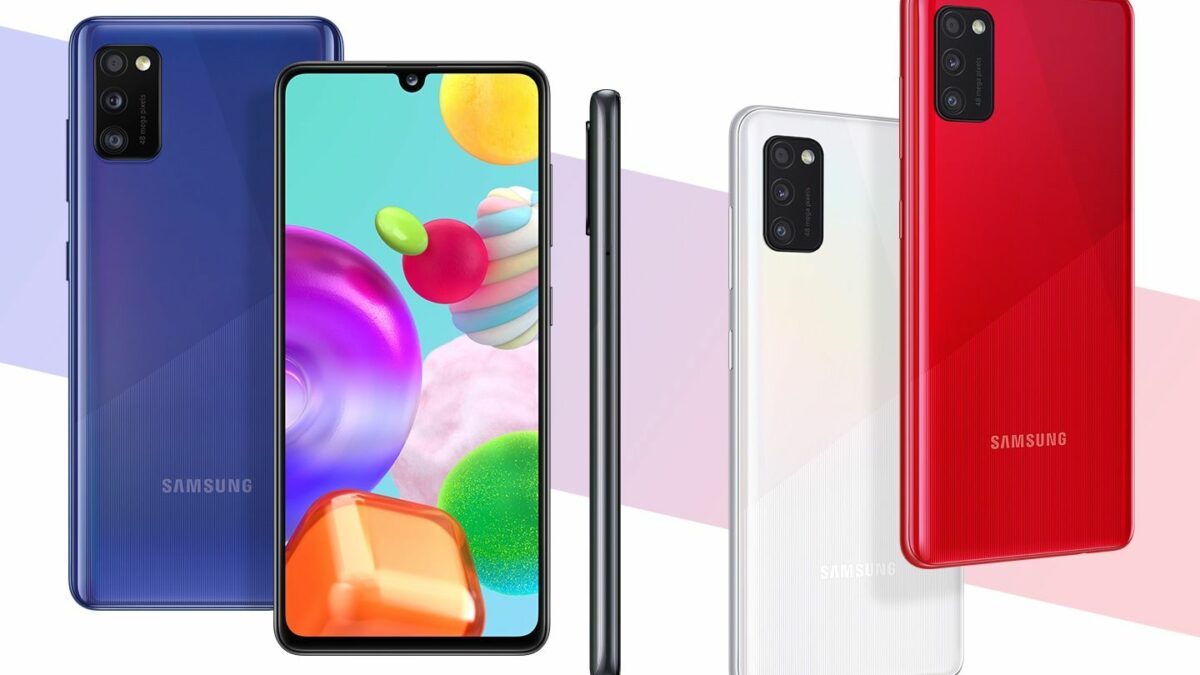 The Galaxy A41 joins the company’s portfolio of relatively successful mid-range devices, bringing a 6.1-inch Super AMOLED FHD+ (2400 x 1080) panel and a triple camera setup along with it. The display has an Infinity-U design and the selfie camera boasts a resolution of 25-megapixels.

An Exynos SoC is not included in this package

Samsung has yet to openly reveal details of the SoC powering the Galaxy A41. However, it has a total of eight cores, two of which are high-performance cores clocked at 2.0GHz, and six of which are clocked at 1.7GHz. By the looks of it, this is the same chipset found inside the Galaxy A31, i.e., a MediaTek Helio P65 SoC built on a 12nm process.

Other specs include an under-display fingerprint reader, 4GB of RAM, a microSD card slot able to read cards of up to 512GB, a 3.5mm headphone jack, Bluetooth 5.0, NFC, and a 3,500mAh battery that supports 15W fast charging. The Galaxy A41 has a price of 299 euros, and it’s expected to launch in additional countries across Europe in the coming days.