International Galaxy A41 is official, will be available in Europe in May 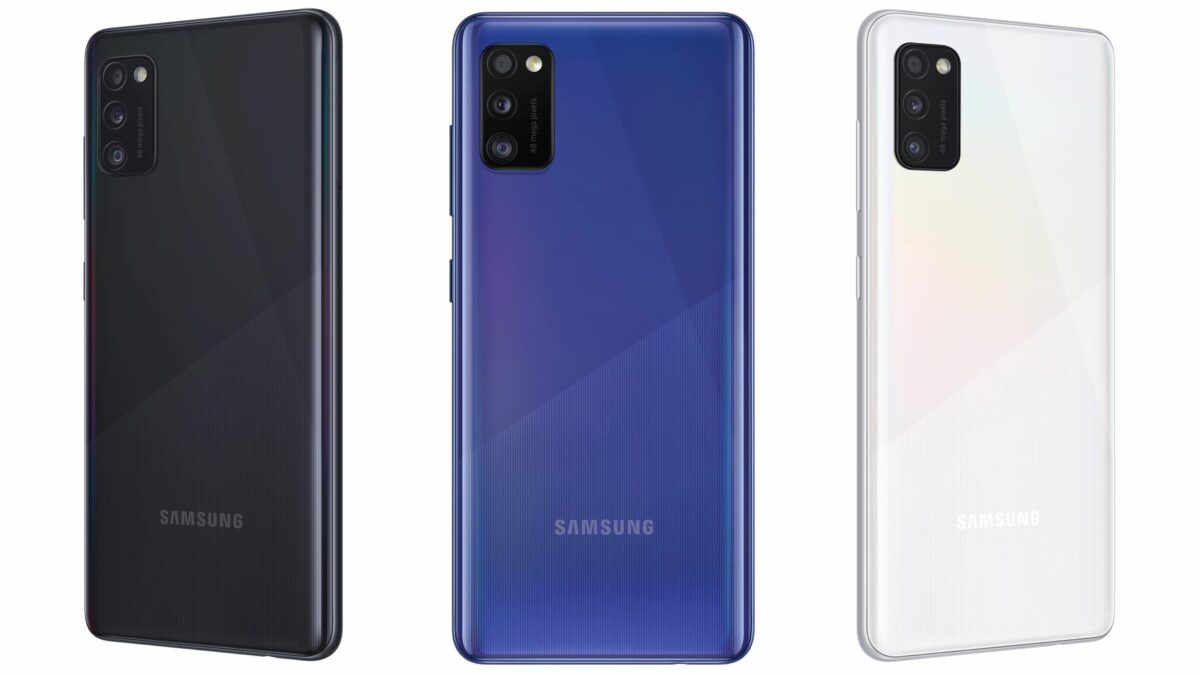 Samsung took the veil off the Galaxy A41 in Germany moments ago. The mid-range smartphone will be available for purchase from May for the price of €299, and we can assume that it will be released in other European countries in a similar timeframe.

Although the international Galaxy A41 shares its hardware with the version announced for NTT Docomo a couple of weeks ago, the exterior design is very different; at least when viewed from the back.

The main difference between the model for Japan and the international Galaxy A41 lies in the rear-camera design. The former version has a vertically-stacked rear camera assembly, while the international model carries a wider camera bump.

The mid-range solution unveiled by Samsung today carries a 48MP wide-angle main camera along with an 8MP ultrawide (123-degree) shooter and a 5MP depth sensor. The front-facing camera resides in an Infinity-U cutout and clocks in at 25MP. The AMOLED display has a 6.1-inch diagonal and a resolution of 2400 by 1080 pixels.

According to Samsung Germany, the Galaxy A41 has two SIM card slots that work simultaneously, as well as a microSD card slot that can be used to expand the built-in 64GB of storage by up to 512GB.

Other specs include an unspecified octa-core processor, 4GB of RAM, a 3,500mAh battery with support for 15W fast charging, and an in-display fingerprint scanner.

We’ll keep you up to speed as soon as we learn more about Samsung’s release plans for other markets.