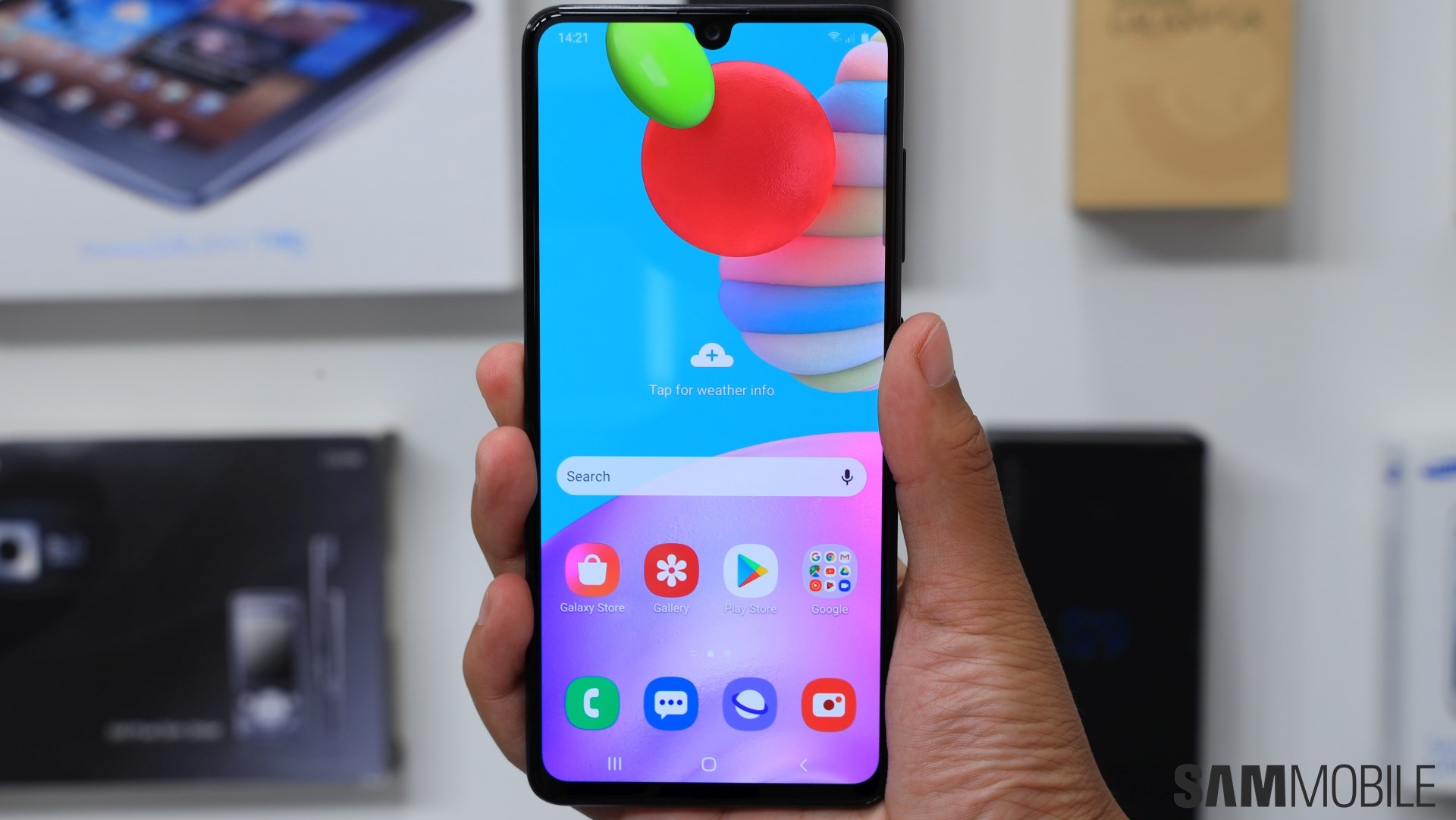 The Galaxy A41 was first introduced in March 2020 in the Japanese market as an exclusive to NTT Docomo and then released in other markets worldwide in the following months. The phone succeeds the Galaxy A40, which was launched in 2019. The Galaxy A41 brings improvements over the Galaxy A40 in almost all the important aspects of a smartphone, including design, imaging, processing, and battery life. 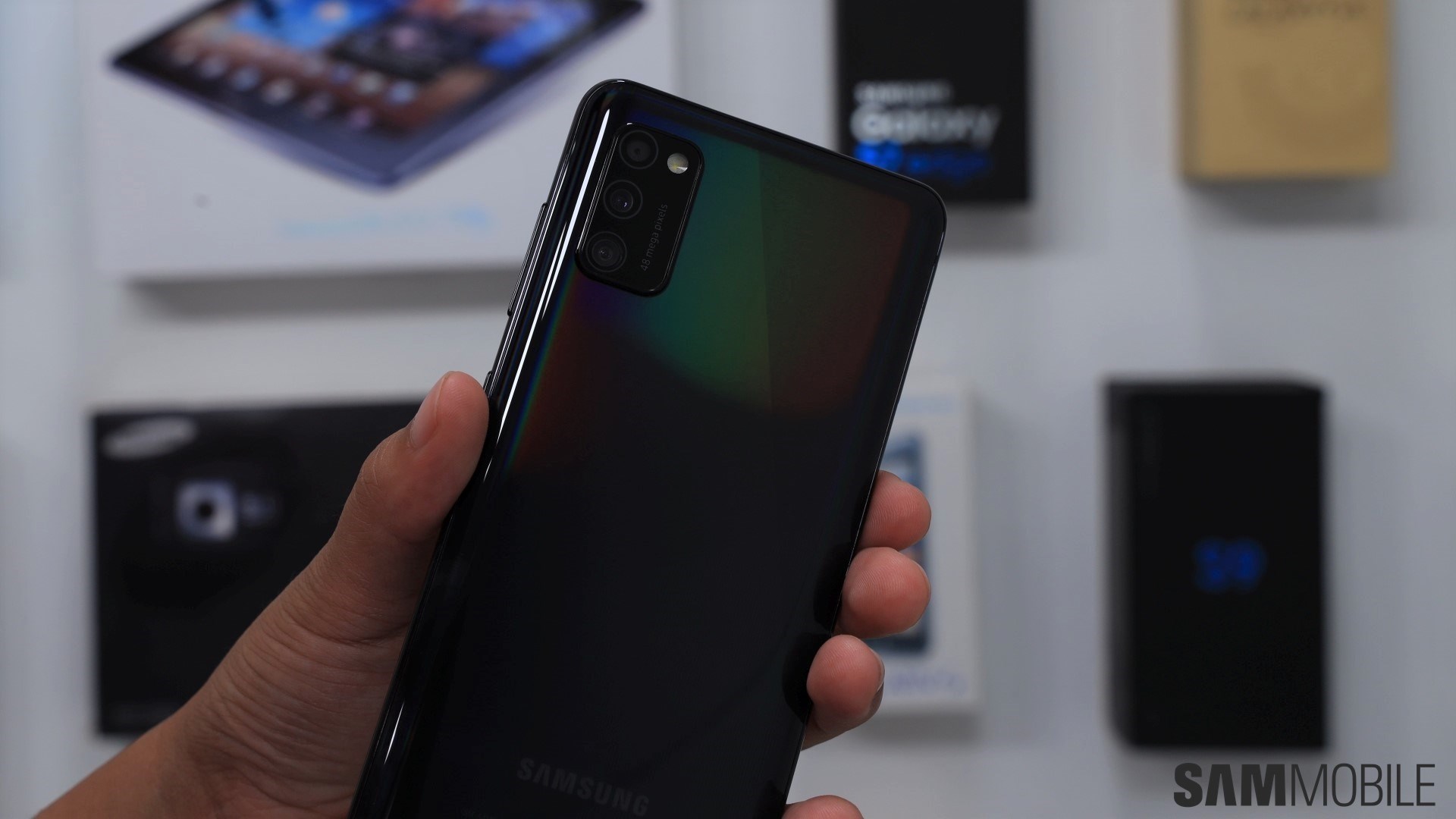 The phone features a relatively compact body compared to most mid-range phones from 2020 but still manages to offer a decently large-sized AMOLED screen, triple-camera setup on the rear, a high-resolution selfie camera, stylish design, an under-display fingerprint reader, and Android 10. Let us have a look at the features and specifications of the phone in detail.

The Galaxy A41 comes with a new design that looks quite stylish compared to the design of the Galaxy A40. The first change that’s noticeable is the pattern on the back panel with parallel lines arranged in diagonal quadrants. The design is reminiscent of the Galaxy A51 and the Galaxy A71 that was unveiled in late 2019. Plus, the fingerprint sensor has been moved underneath the display, which makes the back of the phone look extremely clean yet stylish. 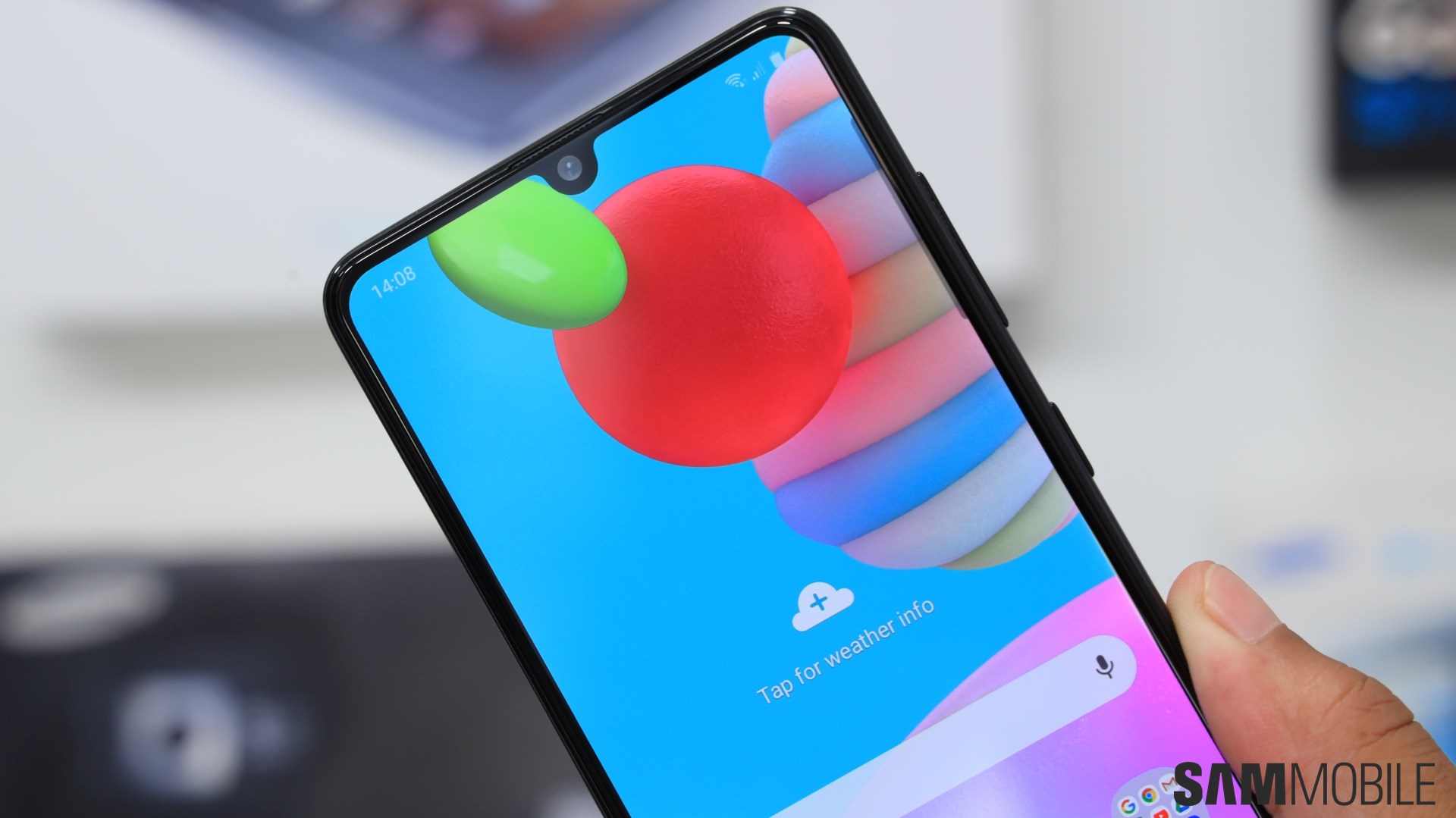 At the front, most of the phone is covered by the 6.1-inch screen. There is a U-shaped notch at the top to accommodate the selfie camera. The phone’s chassis and the rear panel are made using ‘glasstic’ material, but the front of the Galaxy A41 is protected by Gorilla Glass. Both power and volume buttons are on the right edge of the phone. While the Japanese version of the phone features IP68 certification for dust and water resistance, the global variant lacks it.

The Galaxy A41 has a 6.1-inch Super AMOLED Infinity-U display with a resolution of 2400×1800 pixels. There’s a U-shaped notch at the top-middle part of the screen and an optical fingerprint reader underneath the display. AMOLED screens are great for watching videos, thanks to inky blacks, infinite contrast ratio, and low screen reflectance. 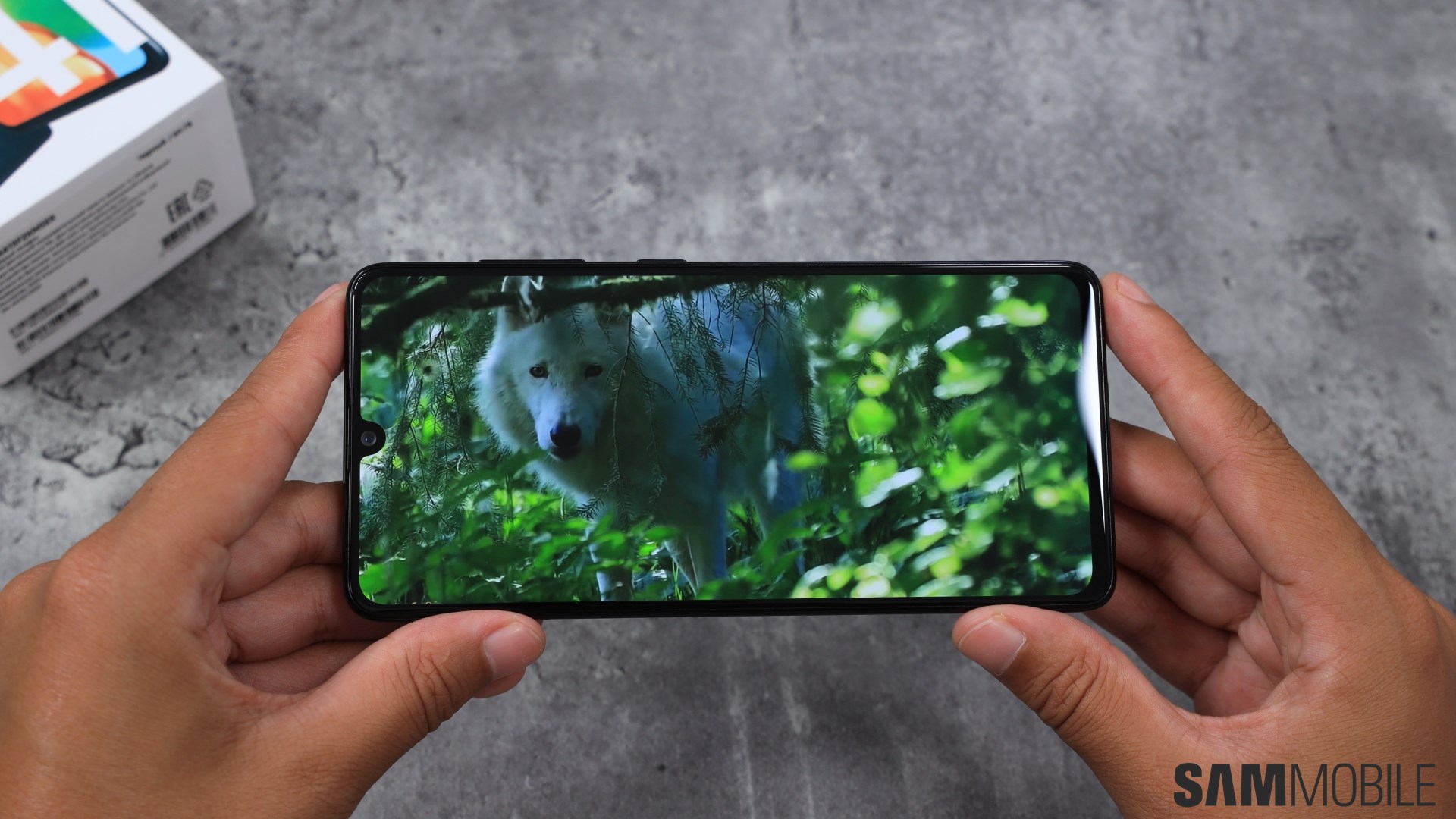 The phone has two nano SIM card slots, and it is compatible with dual-LTE and VoLTE. Other connectivity features include A-GPS, BDS, GLONASS, Galileo, dual-band Wi-Fi b/g/n/ac, Wi-Fi Direct, Bluetooth 5.0, USB 2.0 Type-C port, and a 3.5mm headphone jack. The Galaxy A41 is powered by a 3500mAh battery with support for 15W fast charging.

There are three rear-facing cameras on the Galaxy A41, up from two cameras on the Galaxy A40. The triple-camera system consists of a 48MP primary camera (1/2-inch, F2.0) with a wide-angle lens, an 8MP ultra wide-angle camera (1/4-inch, F2.2, 12mm), and a 5MP depth sensor (F2.4). Only the primary camera features autofocus and can record 4K videos at 30fps. The ultra wide-angle camera can only record up to 1080p 30fps videos. The depth sensor can’t be used to record videos. 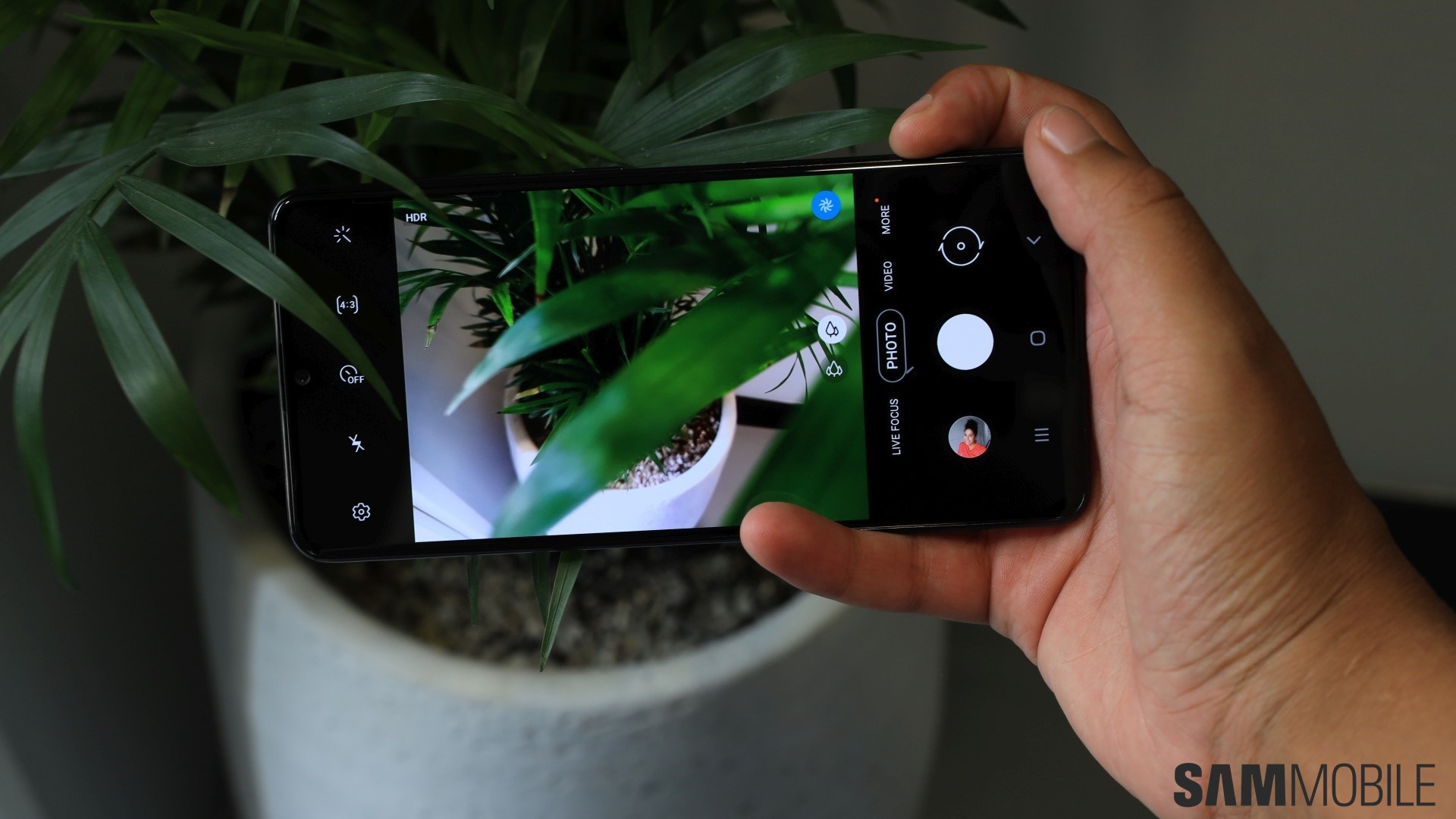 The front-facing camera on the Galaxy A41 has a resolution of 25 megapixels, F2.2 aperture, and can record Full HD videos at 30fps. Other camera features of the Galaxy A41 include HDR, panorama mode, Live Focus, Pro Mode, and Food Mode. The phone can also capture slow-motion, super slow-motion, and hyperlapse videos. There’s Night Mode that can be used in low-light situations to capture images that are brighter, more detailed, and have a wider dynamic range.

Similar to most Samsung Galaxy phones released in 2019 and 2020, the Galaxy A41 comes preloaded with Android 10 and One UI 2.1. It includes most of the Android 10 features such as Google’s UI navigation gestures, refined permissions management, improved dark mode, better sharing menu, and Digital Wellbeing. 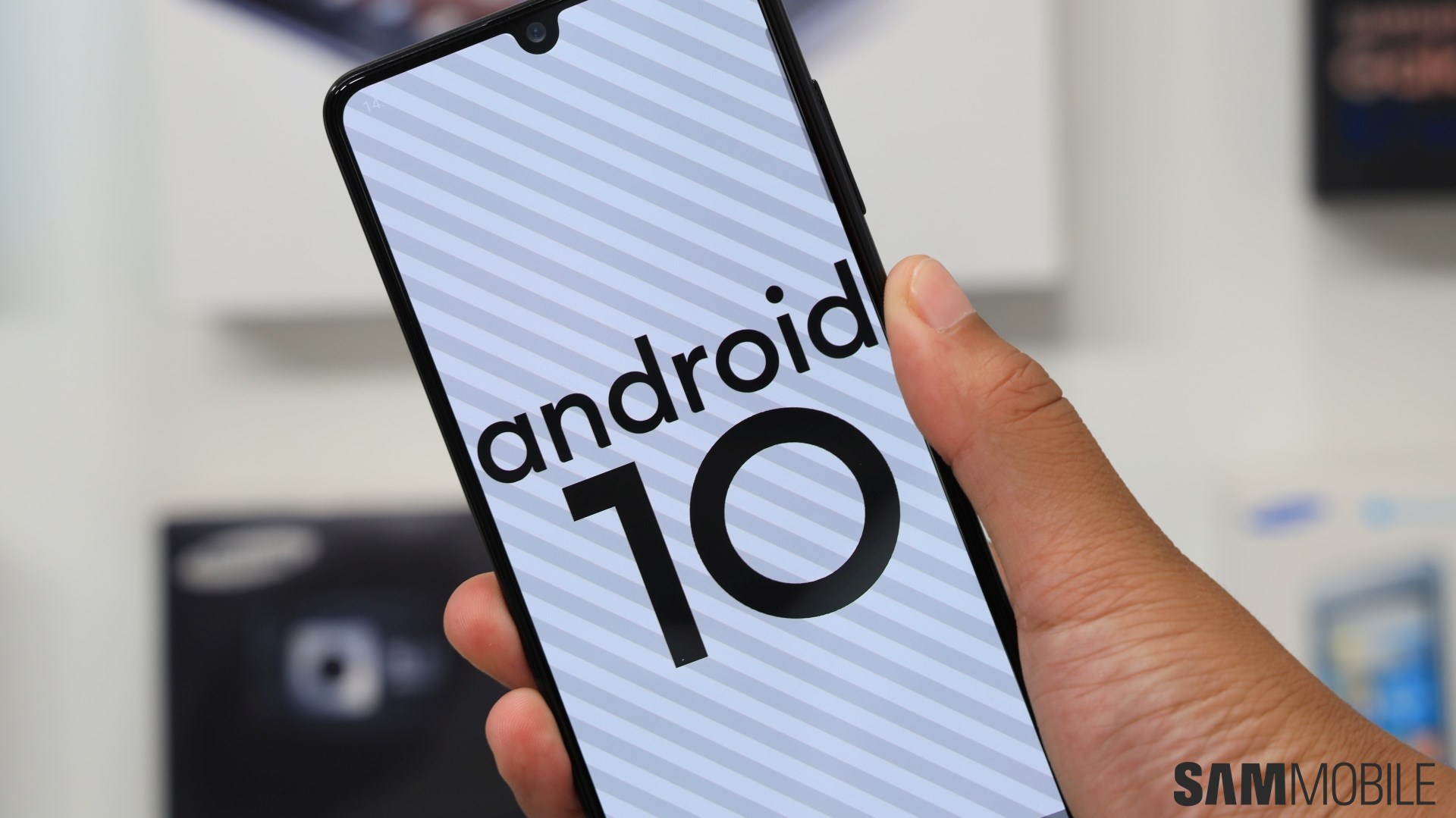 The Galaxy A41 will likely receive the next two major versions of Android as software updates in the coming years along. It will also receive quarterly security patches.

In Germany, where the phone was first made available (May 2020), the Galaxy A41 costs €299. In Japan, the phone will be available from June through NTT Docomo. In other European markets, expect the phone to be available starting May. The phone should also be available in India and the US.

If you want to buy the Galaxy A41, you should keep an eye on our website as we post everything about the phone, including its features, specifications, news, reviews, launch dates, and pricing.

If you’ve already got yourself the smartphone, you can keep up with the latest software updates, tips and tricks, how-tos, wallpapers, and APK files related to the Galaxy A41. You can download the latest firmware files from our database. 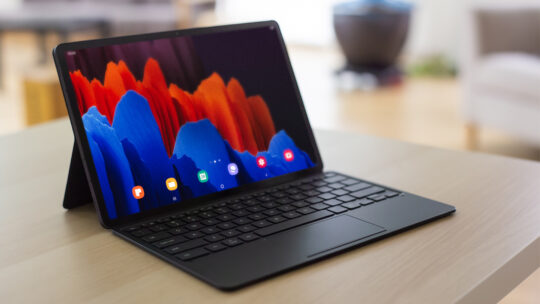 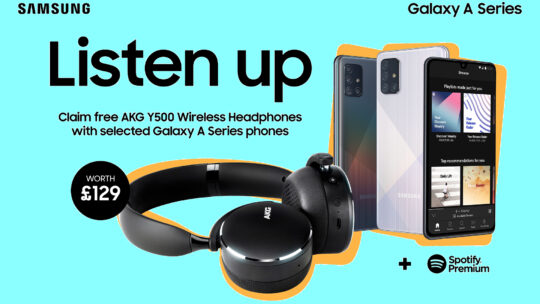 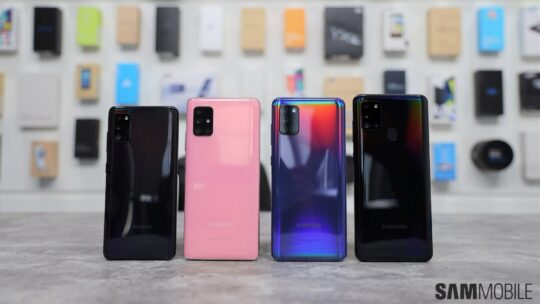 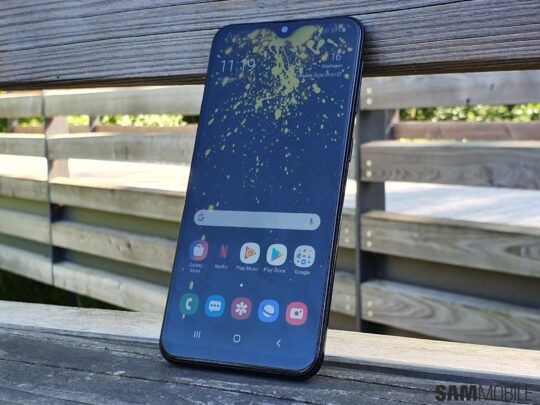