Galaxy A40 goes official in the Netherlands for €249 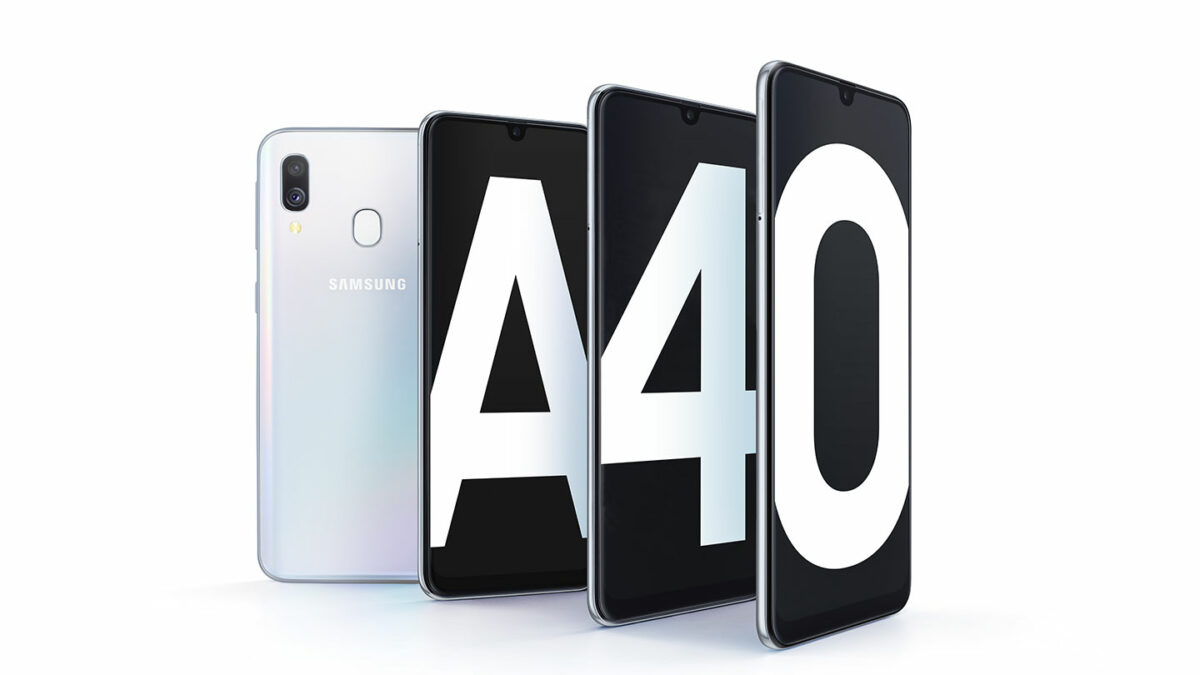 The Galaxy A80 is not the only A series device that went official today. Samsung also quietly unveiled the extensively-leaked Galaxy A40 in the Netherlands. The announcement was on expected lines as a Dutch retailer even started taking pre-orders for the device a couple of weeks back. Everything Samsung announced about the Galaxy A40 matches with the leaks so far.

The Galaxy A40 comes with a 5.9-inch FHD+ Super AMOLED Infinity-U display, an unspecified octa-core chipset (probably the Exynos 7885 octa), 4GB of RAM, 64GB internal storage and a microSD slot. It also features a 16MP + 5MP dual-camera setup on the back and a 25MP selfie shooter. Additional features include a dual SIM option, 3,100mAh battery with support for fast charging, USB Type-C port, rear-mounted fingerprint reader, and more. It runs Android 9 Pie with Samsung’s One UI on top out of the box. The device is made out of glossy plastic like other recent Galaxy A models.

Is it really an upgrade over the Galaxy A30?

As per the model number, the Galaxy A40 sits between the A30 and the A50 in Samsung’s A series lineup, but it is strangely worse than the Galaxy A30 in key areas like battery life, SoC, display size, etc. In fact, the A40 seems to be an upgrade only in the selfie camera department. It is, however, the smallest A series device announced by the company in 2019 so far, which might appeal to buyers looking for a compact device.

The Galaxy A40 will be available in Black, Blue, Coral, and White colors. It comes in a single 4 GB/64 GB storage configuration and carries a price tag of €249 (~$280) in the Netherlands. Given the minimal and unappealing differentiation, both on the inside and the outside, between the A30 and A40, it is possible Samsung may launch the latter only in markets where the A30 is and will not be available. 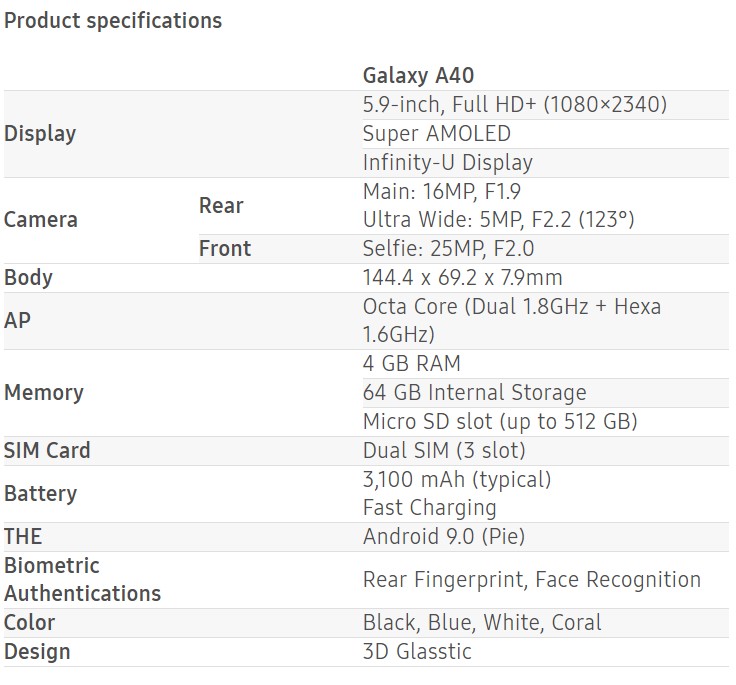