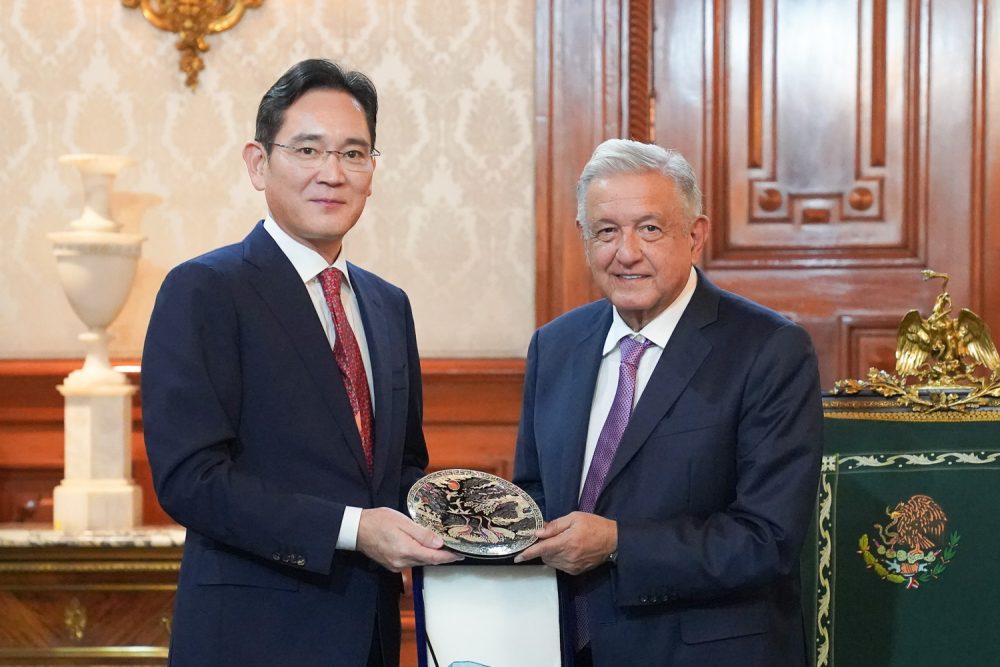 Busan is going up against other venues, including Saudi Arabia’s Riyadh, Italy’s Rome, and Ukraine’s Odesa. Earlier this month, it was announced that Samsung Electronics Vice Chairman Lee Jae-Yong would be visiting Europe and the US this month.

According to the official post, Samsung Electronics Vice Chairman Lee met Mexican President Andres Manuel Lopez Obrador in Mexico City and requested support for hosting World Expo 2030 in Busan. Lee arrived in Mexico on September 6 as a presidential special envoy. Apart from requesting support for the Busan World Expo, they discussed the mid-to-long-term cooperation between Samsung and Mexican companies.

Lee thanked the Mexican government for their support of Samsung Electronics’ local business in Mexico. Amidst this, Lee also pitched how Busan would be the best place to host the World Expo 2030. There, Samsung will present “visions and innovative technologies for a better future of mankind.”

Lee also visited the construction sites of Samsung Electronics’ Queretaro Appliances Factory and Samsung Engineering’s Dosbocas Oil Refinery on September 9 and 10, respectively. He went there to look at the progress of the project and also encouraged the employees, as they were working even during the Chuseok holidays.

The venue of the World Expo 2030 will be announced through a vote by the International Exposition Organization (BIE) member countries, and Samsung is positive about Busan being named the host.