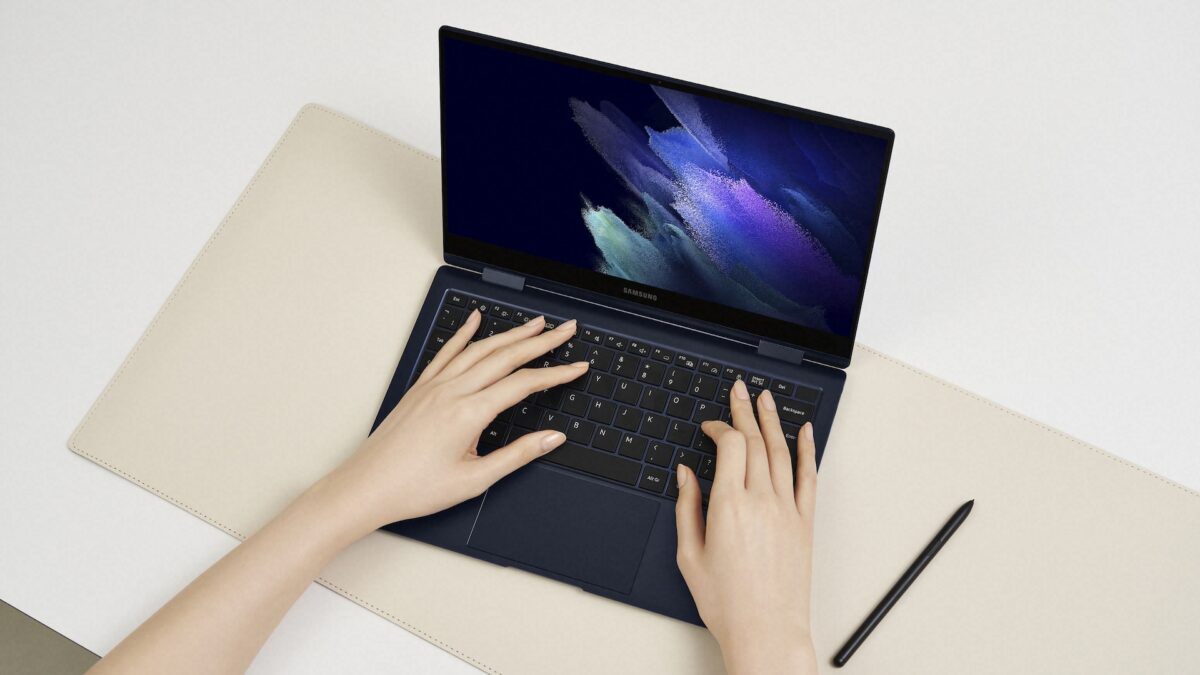 Samsung is readying a new laptop series for release under the “Galaxy Book 3” moniker. The company plans to unveil the lineup at Unpacked on February 1, and leaks have started pouring in. Specifications for the Galaxy Book 3 Ultra emerged earlier today, and now they’re followed by leaked Galaxy Book 3 Pro specs.

According to the new bits of information that emerged through Twitter (via @_snoopytech_), the Samsung Galaxy Book 3 Pro will be available in two sizes. Both have AMOLED screens, but the two models are split between 14 and 16-inch sizes.

The AMOLED display has a WQXGA+ resolution and a 120Hz refresh rate for both models. In addition, the Galaxy Book 3 Pro should be powered by an Intel Core i5-1340P processor (Intel 13th Generation). The CPU has four performance cores, eight efficiency cores, and sixteen threads in total. The max Turbo frequency for this CPU is 4.60GHz.

There’s no information on the GPU, which means that the Book 3 Pro could use an onboard Intel solution. In contrast, the Galaxy Book 3 Ultra will offer an Nvidia GeForce RTX 4050 or an RTX 4070 GPU. Keep in mind that these are graphics chips for laptops rather than full-sized graphics cards for desktops.

In terms of memory, the Galaxy Book 3 Pro should have 8GB of RAM and 512GB of storage. It’s not entirely clear if this will be the only configuration Samsung will offer.

Other details include Windows 11 Home, two color options — Beige and Graphite — and an ultralight construction weighing only 0.87 Kg (presumably for the 14-inch variant).

Samsung will announce the Galaxy Book 3 Pro and the rest of the ultrabook series at Unpacked on February 1. Pricing details are unknown. However, the company is accepting online reservations, and early adopters can earn $50 in Samsung Credit. Samsung sweetens the deal for customers who reserve both a Galaxy S23 flagship phone and a Galaxy Book 3 laptop and offers $100 credit.

Renders of the upcoming Galaxy Book 3 have emerged, along with more spec lists seemingly pulled from official documents/marketing material. Needless to say, the Book 3 Ultra is a beast, featuring RTX 4070 graphics and a 16-inch AMOLED display. And despite the “Ultra” moniker, prospective buyers should be happy to learn that the laptop doesn’t […]

During the launch of the Galaxy S23 series on February 1, 2023, Samsung will also announce the Galaxy Book 3 lineup of laptops. The company has consistently launched new laptops over the past couple of years, and it looks like the Galaxy Book 3 will bring some important upgrades this year. A few days ago, […]

We have already known when Samsung’s next Unpacked event will take place, but the company is now making it properly official: Its next flagship phone lineup will be announced on February 1 in San Francisco, USA. This will be the first in-person Samsung Unpacked event since the COVID pandemic started, and yes, you can be […]