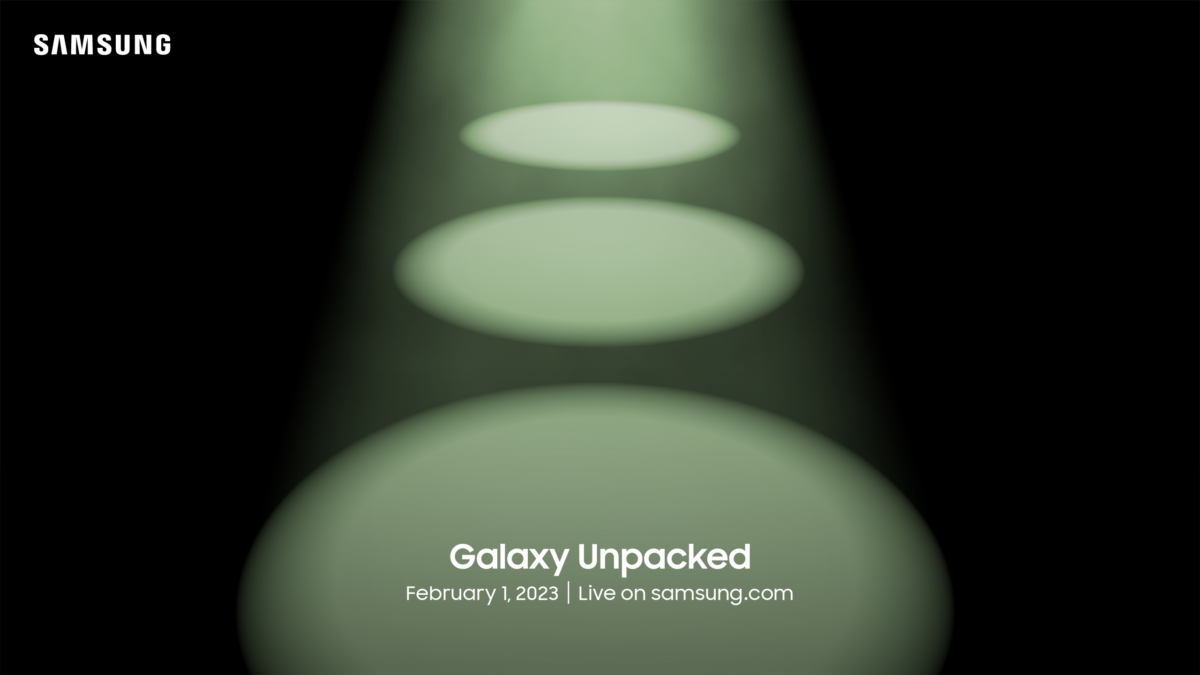 We have already known when Samsung’s next Unpacked event will take place, but the company is now making it properly official: Its next flagship phone lineup will be announced on February 1 in San Francisco, USA. This will be the first in-person Samsung Unpacked event since the COVID pandemic started, and yes, you can be sure we will have in-depth coverage of everything that gets announced at the event.

As we’ve seen through leaks and slip-ups by Samsung itself, there will be a major focus on the camera experience with the Galaxy S23, S23+, and S23 Ultra. The Galaxy S23 Ultra, naturally, will get the biggest upgrades. It will be Samsung’s first flagship phone with a 200MP camera, following three years of Samsung using 108MP cameras on its Ultra-branded flagship phones, and will bring some neat new camera features.

Galaxy Unpacked 2023 will be streamed live around the globe through Samsung’s YouTube channel and its official website starting 10 AM PST (7 PM CET, 11:30 PM IST). Samsung’s launching the next smartphones in its premier flagship Galaxy line a little over a week earlier than the Galaxy S22 series, and while nothing is confirmed at the moment, Galaxy S23, S23+, and S23 Ultra sales could begin as early as the second week of February.

With the launch of the Galaxy S23, Expert RAW has become a more integral part of the mobile photography experience. And Adobe Lightroom is adding to that experience for Galaxy S23 and Book 3 buyers. In case you missed the news, Samsung announced a new series of laptops at Unpacked alongside the latest Galaxy S23 […]

T-Mobile has also confirmed its Galaxy S23 pre-order deals and while it may not offer as much free stuff as Verizon, there’s still enough incentive there for Magenta’s customers to make the upgrade. The carrier is playing up its superior 5G three-carrier aggregation network, which the Galaxy S23 series supports, as one of the reasons […]

Carriers in the United States have now made their Galaxy S23 offers public. There’s plenty of free stuff to go around. Verizon, the largest mobile carrier in the country, is offering customers a free Galaxy Watch 5 and Galaxy Tab S7 FE. AT&T has its own unique promotion for Samsung’s latest phones. The carrier has […]