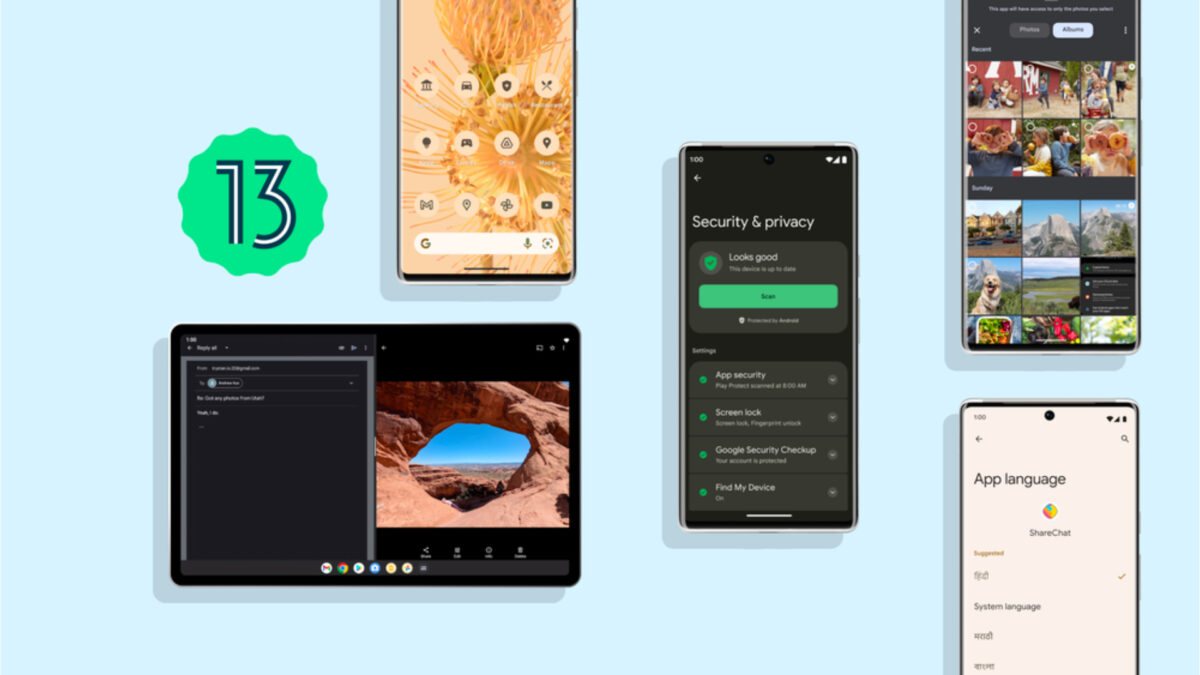 Earlier this year, Google unveiled Android 13 ahead of its usual annual schedule. After releasing a few developer beta updates, the company released three public beta versions of the new operating system. After the third beta release, Google released additional bug-fixing updates to improve the stability of the latest software.

A few hours ago, Google released the third bug-fixing Android 13 update (Beta 3.3). It includes stability improvements, bug fixes, and better performance. It fixed the most annoying bug that stopped devices from connecting to a Wi-Fi network even when the network reception was strong. It also fixed an issue related to Bluetooth that slowed down the performance of the phone and some apps.

The new software also fixes the bug that led to slow UI performance, unresponsive apps, and poor battery life in some instances. On Pixel phones, activating the Always Show Keyboard feature in the Pixel Launcher made the keyboard visible even after the app drawer was closed. That bug was fixed, too.

Some users also faced an issue where their phones became unresponsive while charging. While others faced a problem where the system UI crashed when they used the navigation gesture to go back to the previous screen. These bugs were fixed with the Android 13 Beta 3.3 update. Google also added an emoji-filled easter egg screen.

While this update isn’t meant for Galaxy smartphones or tablets, Samsung will release the first beta update of Android 13-based One UI 5.0 towards the end of July 2022. It will bring dozens of new features, smoother animations, and optimizations for foldable and tablets. We expect most of the important Android 13 features to be present in the One UI 5.0 update.

Here is the list of Samsung Galaxy smartphones and tablets that will get the Android 13-based One UI 5 update.