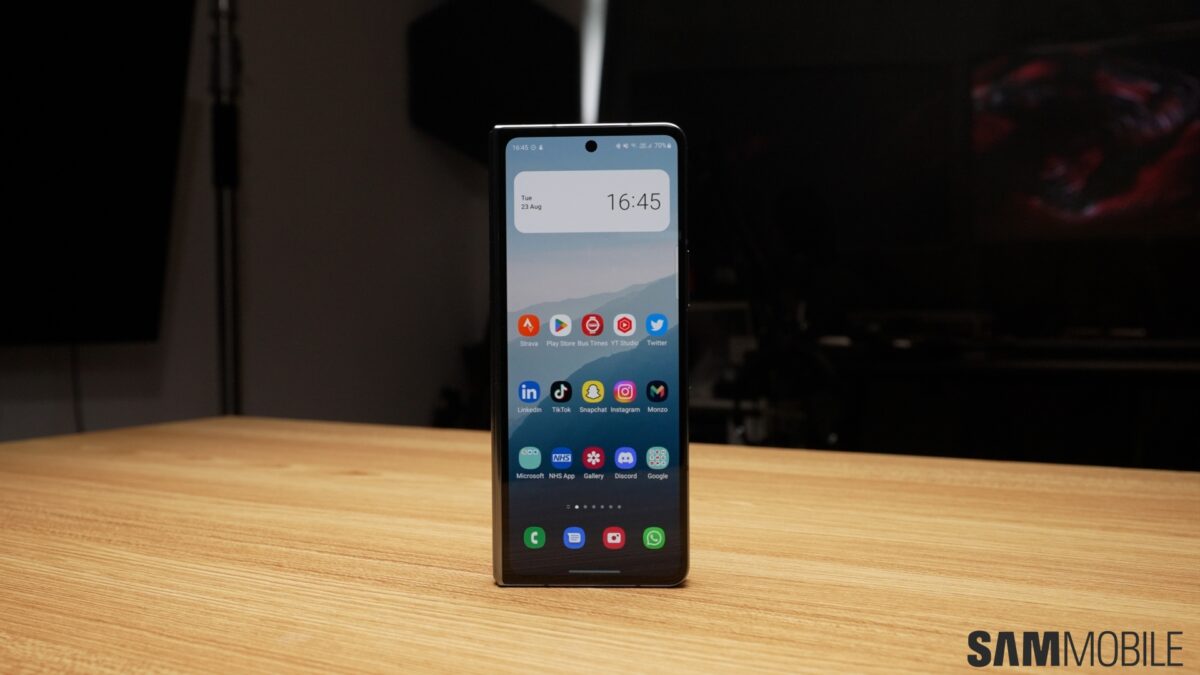 The stable Android 13 update for the Galaxy Z Fold 4 comes with firmware version F936BXXU1BVK3 in Europe. The update brings One UI 5.0 and the November 2022 security patch to the smartphone. Other countries across the world will get this update within the next couple of weeks.

If you are a Galaxy Z Fold 4 user in Europe, you can now download the Android 13 update by navigating to Settings » Software update and tapping Download and install. You can also download the new firmware file from our firmware database and flash it manually.

Samsung launched the Galaxy Z Fold 4 a few months ago with Android 12L-based One UI 4.1.1 onboard. The company promised to release four major Android OS updates to the foldable phone, and it has released one of those major updates already. It will get three more Android OS updates in the future.