Galaxy Z Fold 3 One UI 5.0 Beta update now available in the US

If you are interested in beta-testing the One UI 5.0 software update, you need to install the Samsung Members app on your phone, sign into the app using your Samsung account, and click on the Galaxy Z Fold 3 One UI 5.0 Beta program banner on the home page of the app. Once you register yourself in the beta program, you can get the new update by navigating to Settings » Software update and tapping on Download and install.

If Samsung’s past record is anything to go by, it could bring the One UI 5.0 Beta program for the Galaxy Z Fold 3 to other markets, including China, Germany, India, Poland, and the US.

One UI 5.0 is based on Android 13, and it brings a slightly refreshed UI design with the expanded Color Palette feature. It also brings a simplified and unified Security & Privacy Dashboard, more feature-rich stock apps, intuitive lockscreen customizations, and more. 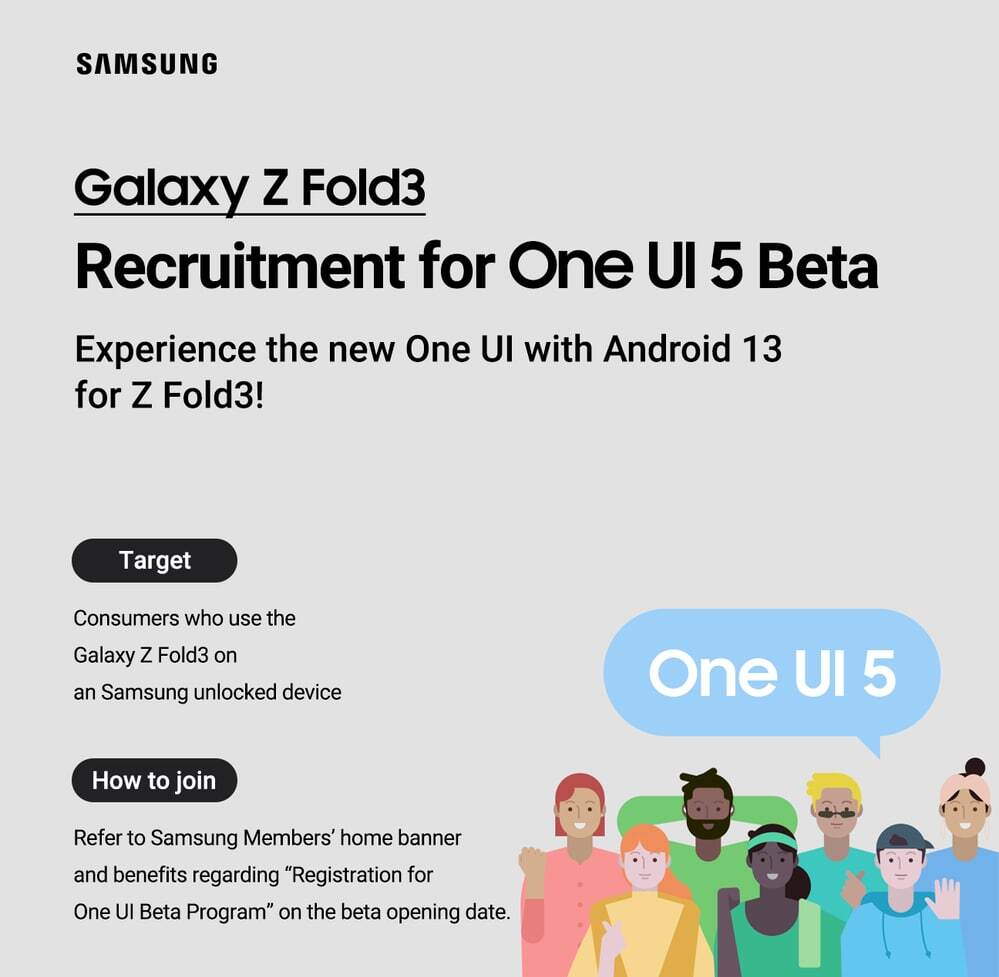