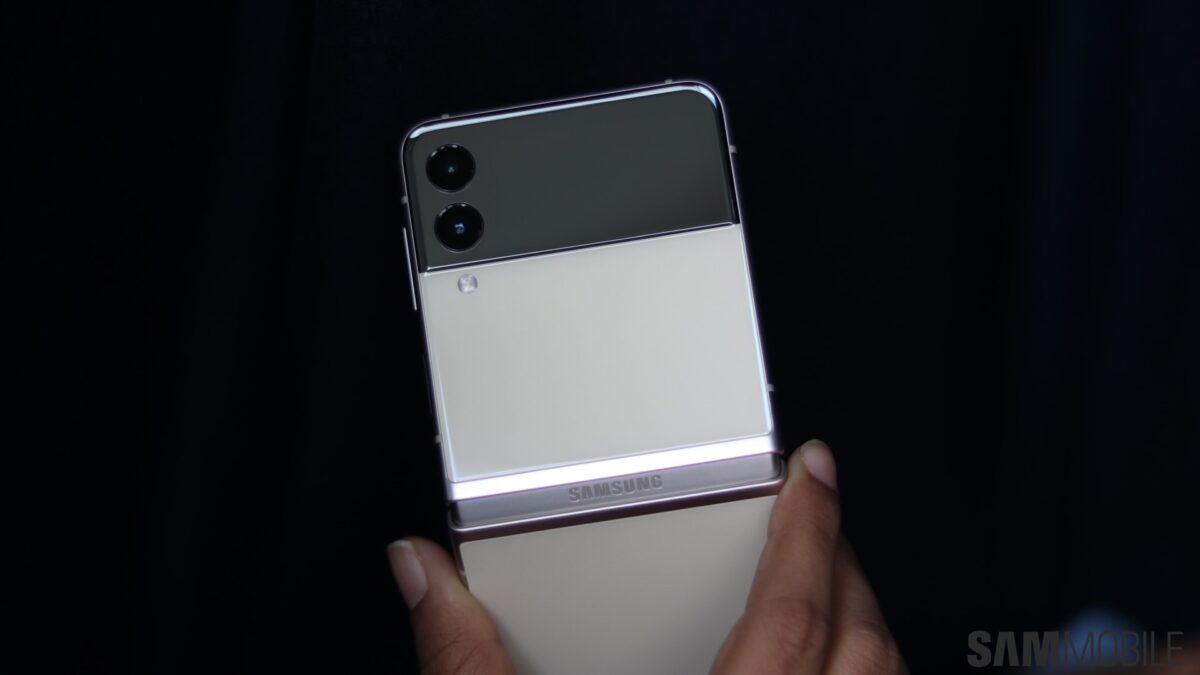 The latest One UI 5.0 beta update for the Galaxy Z Flip 3 has been released in South Korea with the firmware version ending ZVJF. It primarily focuses on fixing bugs and performance issues. The new software solves the problem that occurred while switching audio output from the media panel to Galaxy Buds. It also fixes the issue related to Talkback not translating button text when unfolding the phone.

Some Galaxy Z Flip 3 users also faced issues where the wallpaper temporarily appeared smaller while applying a theme. On the cover screen, swipe gestures didn’t work. Moreover, while using the camera, tracking autofocus didn’t work as expected, and the camera preview stuttered. The punch hole appeared improperly in the camera’s selfie mode on the main screen. Samsung has fixed all those issues.

The foldable phone’s software crashed, and the device restarted when getting notifications from the Signal app. When the phone is folded while content is being played, the content is paused in Flex Mode. Issues related to Super Slow Motion in the video editor have been fixed. You can now install the new update if you are a South Korean Galaxy Z Flip 3 user in the beta program.