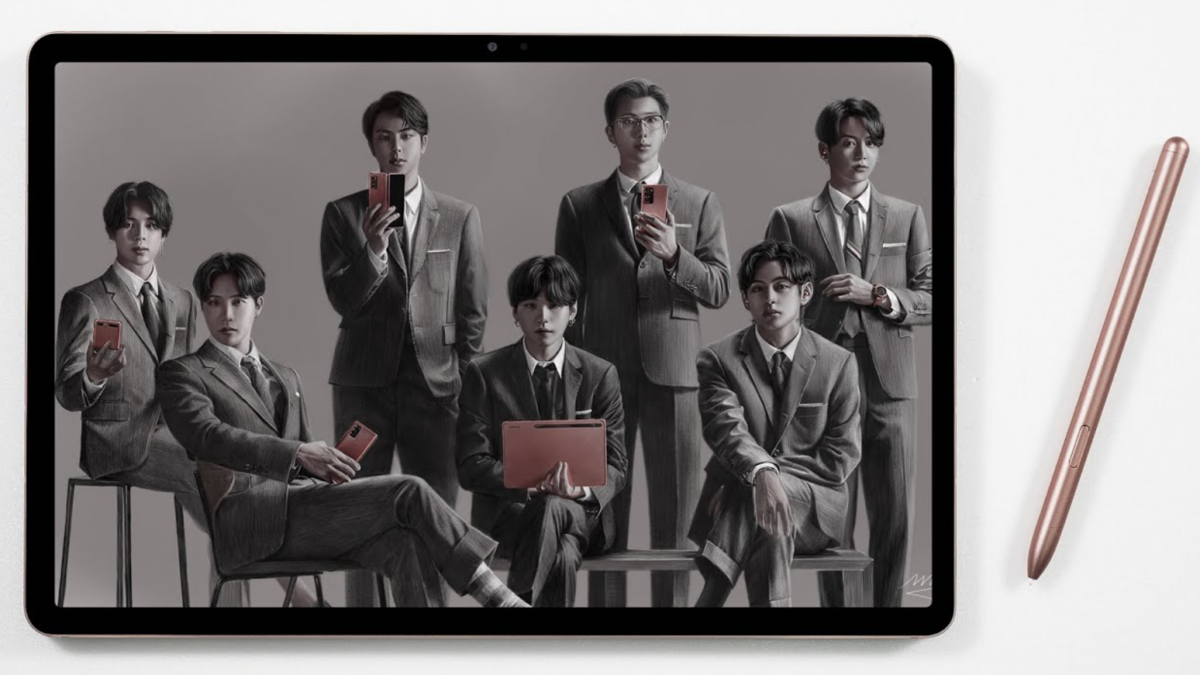 If you want to learn how to draw BTS with an S Pen, Samsung’s Galaxy Tab S7 advertisements unsurprisingly aren’t the place to do it. They aren’t bad for inspiration, though, as evidenced by a new promo that just went live in Korea. The video that you can see below shows a sped up, hacky process of drawing BTS. The issue is that it relies on tracing, which is super easy to do on a tablet, of course, but isn’t an experience you are likely to learn from.

Overall, anyone interested in learning how to draw on their brand-new Galaxy Note 20 or Galaxy Tab S7 should turn to more conventional learning methods, be that classes or YouTube. As for an artist’s tools of choice, there’s no shortage of amazing S Pen drawing apps on the Google Play Store and Galaxy Store to choose from, so try to pick one you like best and focus on mastering it because constant switching will just be an unnecessary distraction.

Regarding BTS, Samsung’s collaboration with the megapopular boy band is scheduled to continue tomorrow when the K-Pop stars will be making an appearance at the final Unpacked event of the year. The one taking place in honor of the Galaxy S20 Fan Edition, Samsung’s value-oriented flagship expected to hit the stores next month.