Much had already been revealed about this device. We had actually leaked the very first live images of the Galaxy Tab S6. It’s exactly the same and many of those details have now been officially confirmed. 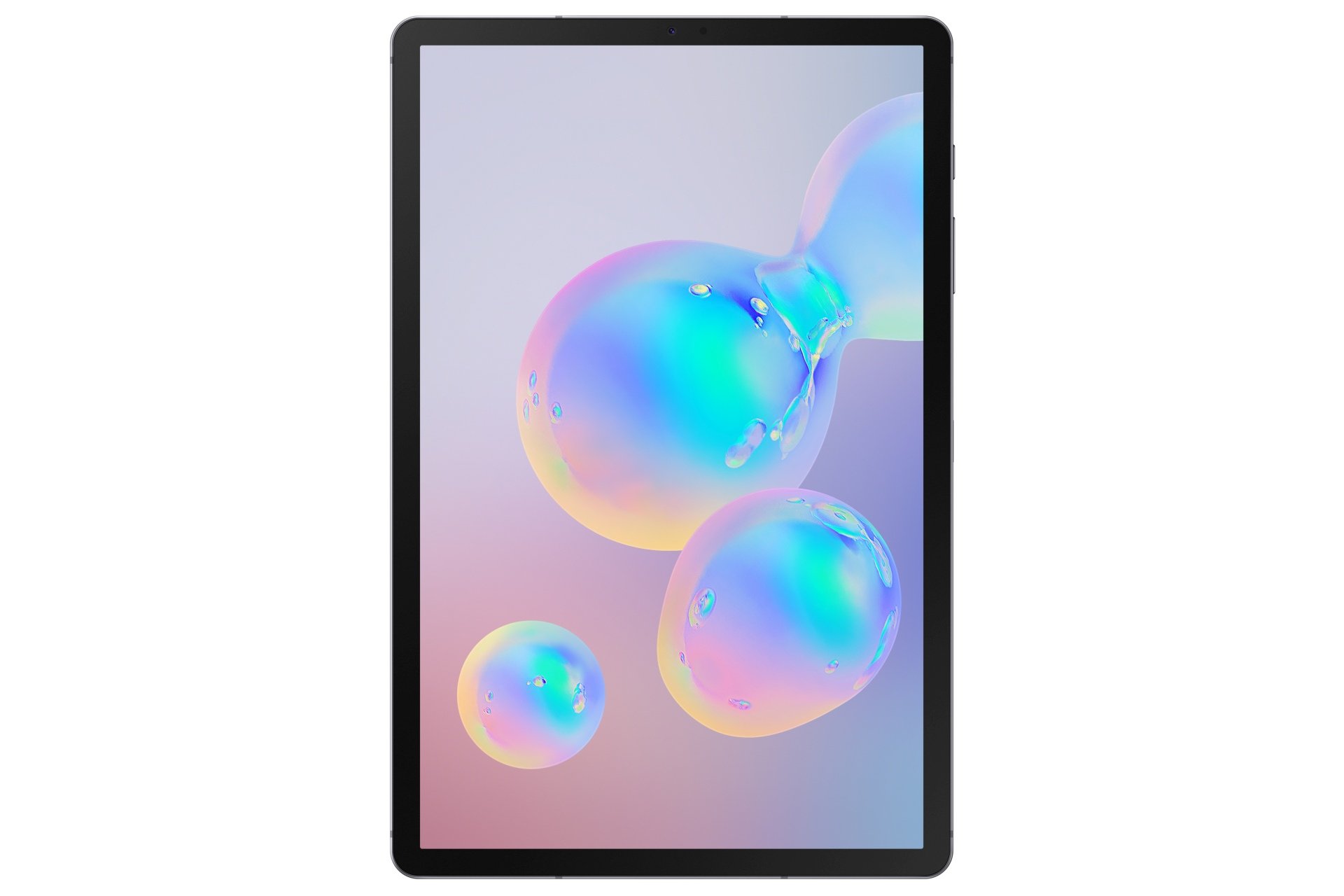 The Galaxy Tab S6 features a 10.5-inch WQXGA Super AMOLED display and indeed features a Qualcomm Snapdragon 855 processor under the hood. This is a welcome addition since customers will now get the latest chip for the flagship, something that Samsung should have done with the Galaxy Tab S4 as well. The base model will have 6GB of RAM with 128GB of storage. Those who want to spend a bit extra can get the 8GB RAM + 256GB storage variant. The microSD card slot supports external expansion up to 1TB.

This is Samsung’s first tablet with a dual camera at the back. There’s a primary 13-megapixel sensor coupled with a 5-megapixel ultra-wide camera with a 123-degree field of view. If this will ever go beyond remaining a novelty on the tablet remains to be seen. It’s not like people use their tablet as their primary mobile camera. 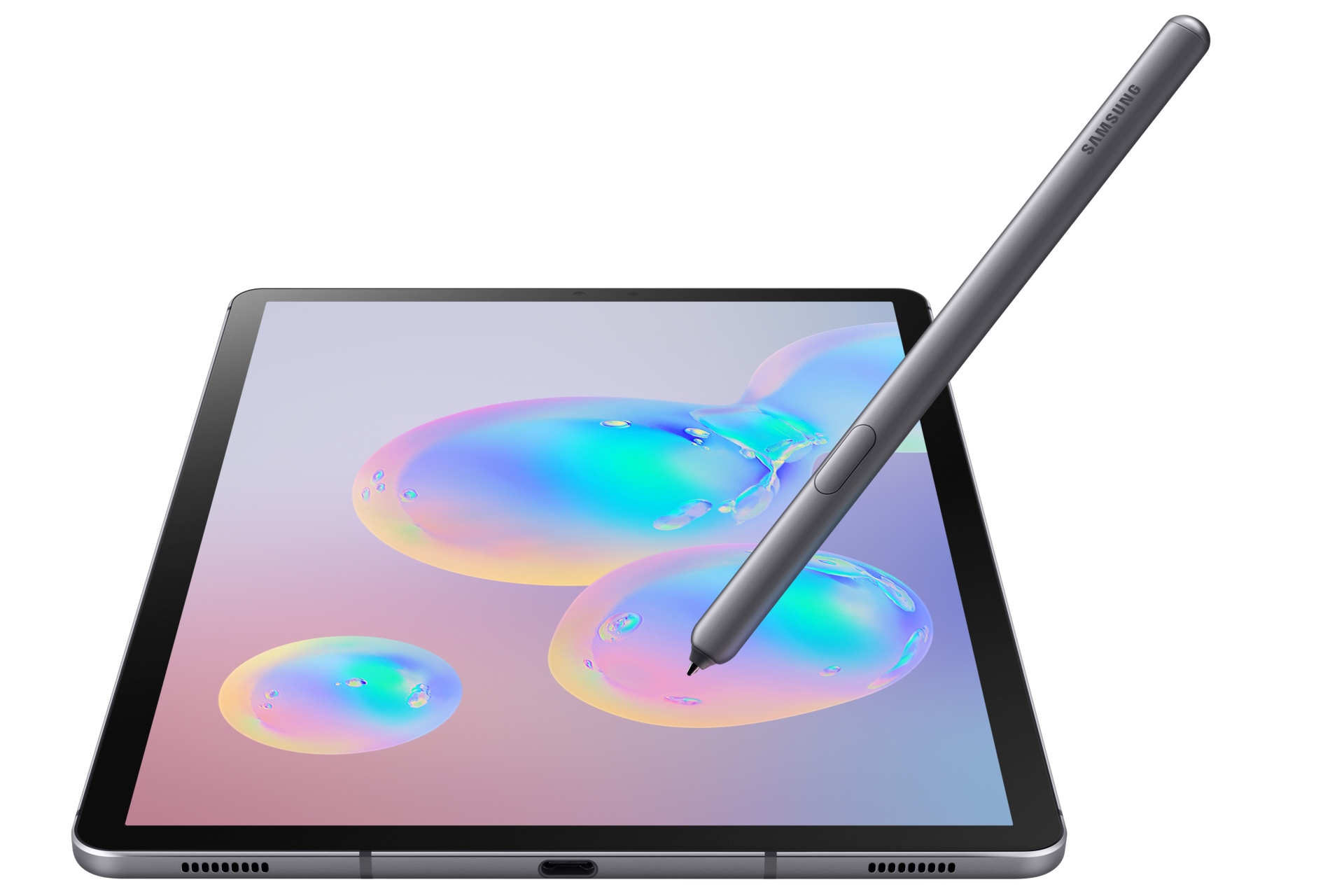 The Galaxy Tab S6 S Pen brings significant improvements. There’s a groove at the back where the stylus attaches magnetically and charges itself. It can deliver up to ten hours of battery life for the S Pen after just ten minutes of charging. The S Pen has integrated Bluetooth remote control features, much like the Galaxy Note 9’s S Pen, so you can use it as a shutter button for the camera or as a clicker for presentations. There’s also a new gesture feature called S Pen Air actions which will let you control the multimedia content on the tablet even when it’s not in your hands.

The S Pen also makes taking notes a breeze. Handwritten Samsung Notes can easily be converted into digital text and exported to formats such as Microsoft Word with just one tap. Quick notes or sketches can also be jotted down when watching a video, for example, by using Samsung Notes’ window transparency. 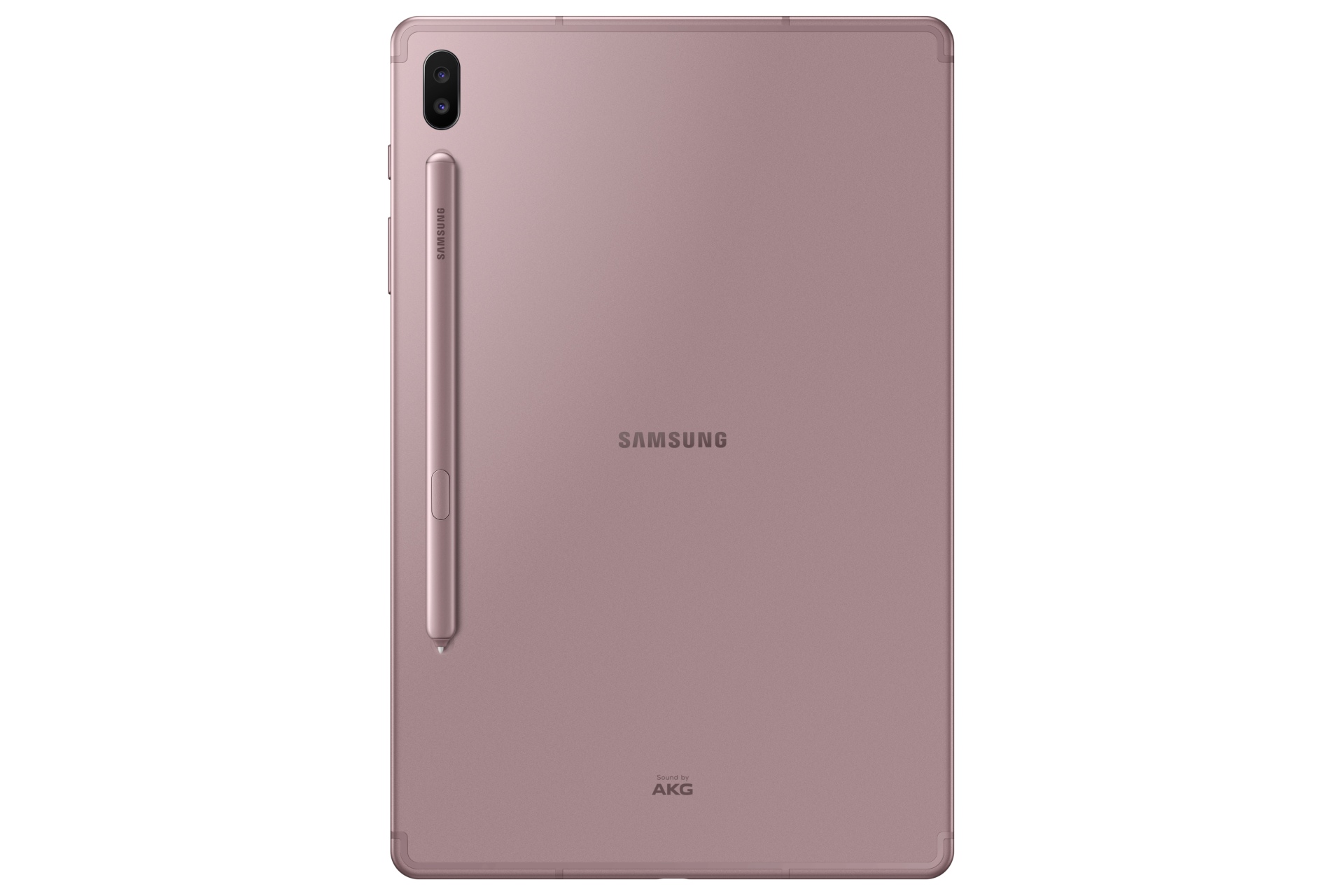 An improved version of Samsung DeX is shipping with the Galaxy Tab S6. Samsung has also added a DeX function key to the Book Cover Keyboard for this tablet so that DeX can be launched and closed with a single tap of the key. The keyboard itself has been improved for better functionality and has a touchpad.

The 244.5 x 159.5 × 5.7mm metal slate weighs 420g and comes with a 7,040mAh battery with 15W fast charging. There are AKG-tuned quad speakers with Dolby Atmos support as well. The Galaxy Tab S6 doesn’t come with a 3.5mm headphone jack; the Galaxy Tab S5e didn’t either, so this doesn’t really come as a surprise. What it does have, though, is an optical in-display fingerprint sensor. 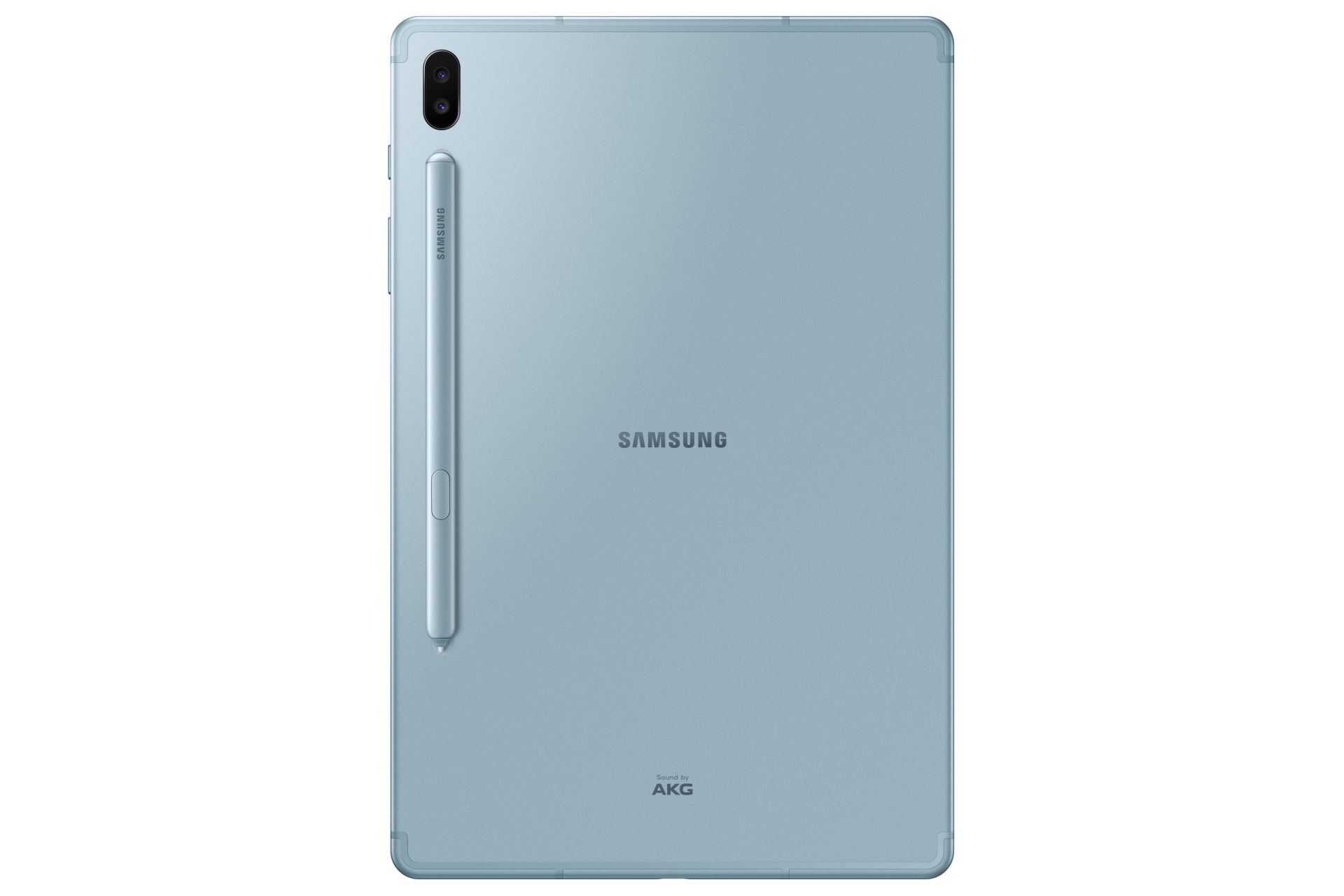 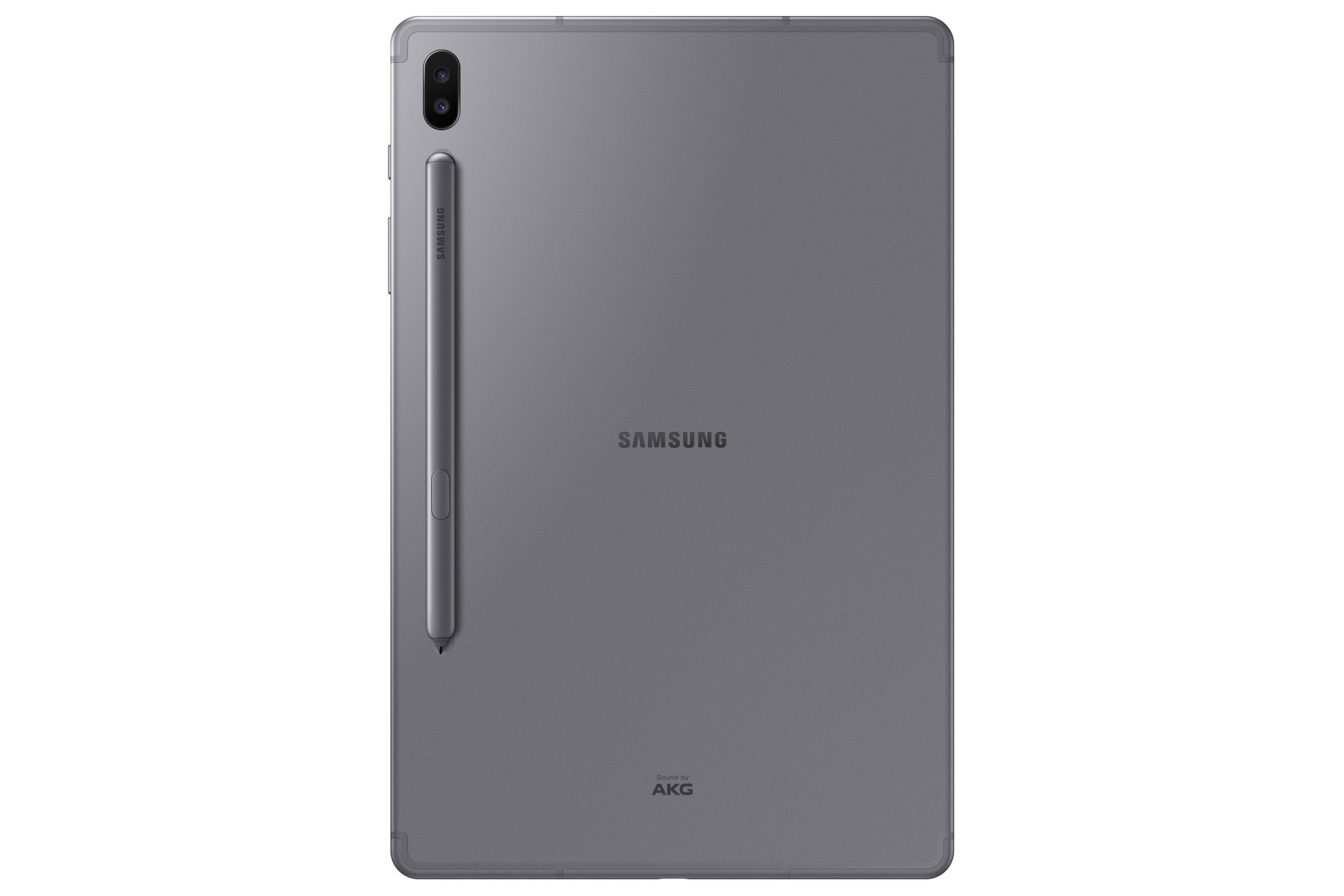