Samsung did not unveil the Galaxy S8 and Galaxy S8+ at the Mobile World Congress earlier this year. It conducted a separate launch event for the flagship handsets in New York on March 29. Samsung was expected to conduct a separate event for the Galaxy S9 as well after MWC 2018 but this may not be the case. According to a new report out of South Korea, Samsung is going to launch the Galaxy S9 at MWC 2018.

Mobile World Congress 2018 is going to take place from February 26 through March 1 in Barcelona. Samsung has used this stage in the past to unveil new handsets so it won’t be surprising if the Galaxy S9 is unveiled at MWC 2018.

The Galaxy S8 was released in mid-April after its launch. Samsung is reportedly going to launch the Galaxy S9 and Galaxy S9+ at MWC 2018 because it wants to have the handset out by mid-March. Releasing it one month sooner than its predecessor will enable the company to offer another flagship to customers who may be considering a move to the iPhone X.

Some reports even suggested that Samsung wanted to launch the handset before MWC 2018. However, the Galaxy S8 and Galaxy S8+ continue to sell well against the iPhone X so there’s no need for the company to rush its new flagship out the door.

Samsung hasn’t confirmed anything about its Galaxy S9 launch plans as yet so take this information with a bit of salt for now. Do keep in mind that these leaks talk about the dates in the local timezome. So it’s quite possible that it might be the evening of February 26 in Barcelona when Samsung unveils the Galaxy S9. 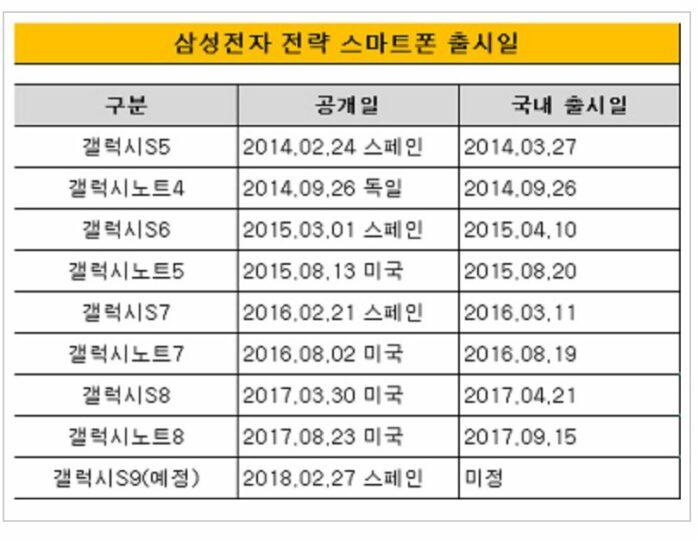