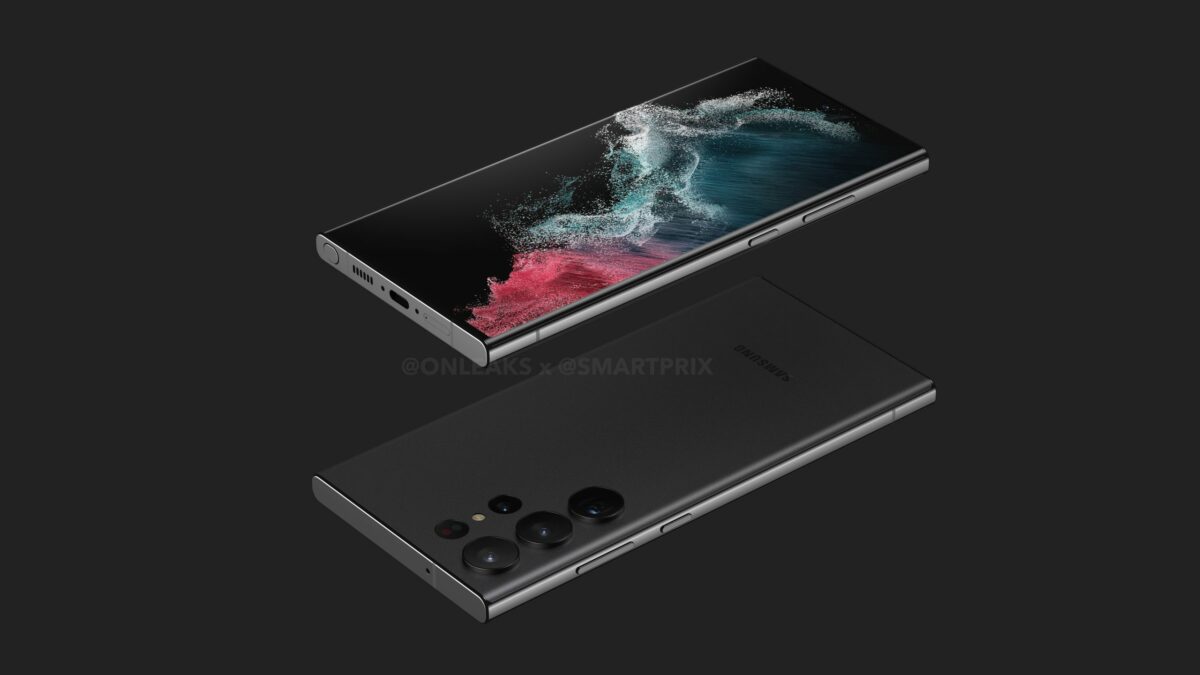 We are still a couple of months away from the launch of the Galaxy S23 series. However, the specifications of Samsung’s upcoming flagship smartphone have been revealed as the device recently received the necessary TENAA certification. This certification reveals details about the phone’s display, processor, cameras, and battery capacity.

As per TENAA’s certification documents, the Galaxy S23 Ultra’s (SM-G9180) display measures 6.8 inches diagonally and has a QHD+ resolution (3,088×1,440 pixels). The device has 4G LTE and 5G connectivity. Its octa-core processor has three CPU clusters, with one cluster running at 3.36GHz, and the other two running at 2.8GHz and 2GHz, respectively. It is like the faster Snapdragon 8 Gen 2 (AC version) with a higher clock speed than the vanilla Snapdragon 8 Gen 2 (AB version). The smartphone has 8GB/12GB RAM and 256GB/512GB/1TB storage.

The Galaxy S23 Ultra has four rear cameras: a 200MP primary, a 12MP ultrawide, a 10MP 3x telephoto, and a 10MP telephoto with 10x optical zoom. However, the certification documents claim that it has 12MP telephoto cameras, likely because Samsung upscales images from its 10MP sensors to 12MP resolution for consistency.

The document also reveals that Samsung’s upcoming high-end phone has Bluetooth, USB, gyrosensor, proximity sensor, light sensor, under-display fingerprint reader, and face recognition. It measures 163.4×78.1×8.9mm and weighs 233g. It also features a 4,855mAh battery, which will be marketed as a 5,000mAh battery. 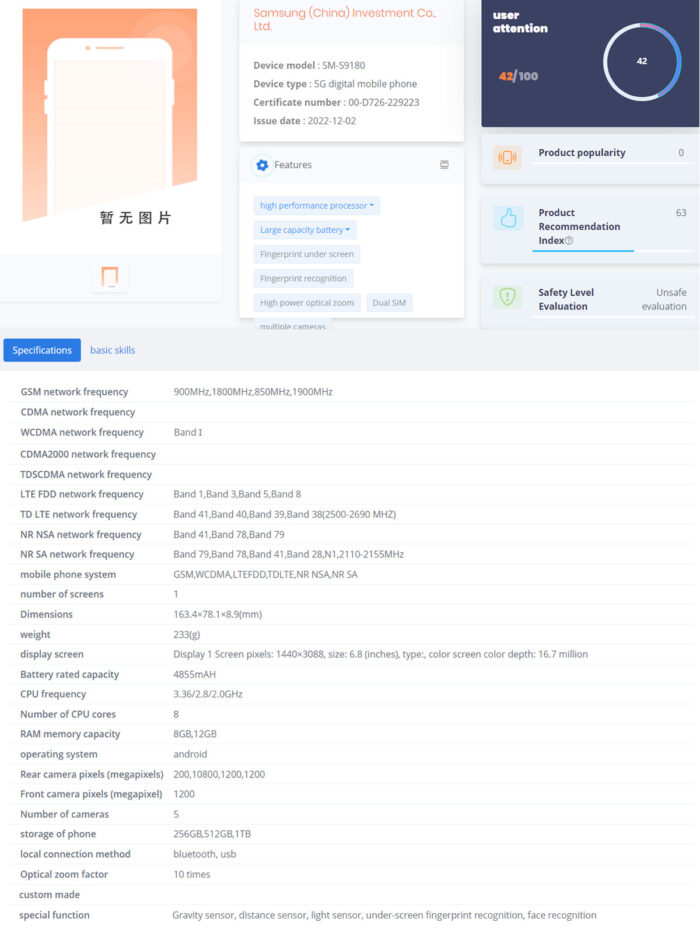 As we draw closer to the Galaxy S23 launch, we’ve been witnessing a lot of leaks. A few days ago, promotional images of the Galaxy S23 series were leaked along with their possible pricing for the US market. Today, the Galaxy S23 Ultra appeared in an unboxing video (not the fake one). A short unboxing […]