Earlier this month, Samsung had released a new security update to the Galaxy S10 5G. After installing the update, many users started complaining about the broken face recognition system on their smartphones. Samsung has acknowledged the issue and revealed that it is working on fixing it.

The Galaxy S10 5G had received the July 2021 security update a few weeks ago. After installing the update, the smartphone’s 3D face unlock feature fails to work correctly. Now, the company’s official forum moderator has acknowledged the issue and apologized on the company’s behalf for the frustrating bug. Basic troubleshooting steps such as resetting the phone’s software and clearing the device’s cache don’t seem to offer any relief.

The South Korean firm claims that it is trying its best to resolve the issue as soon as possible. However, it has not yet offered any time frame as to when users can expect the bug-fixing software update.

Samsung had launched the Galaxy S10 5G in early 2019. It was the only device in the company’s lineup to feature a front-facing 3D ToF sensor for secure facial recognition. However, the feature didn’t work out of the box, and it took Samsung a year to activate the 3D facial recognition feature, which arrived with the Android 10 update. 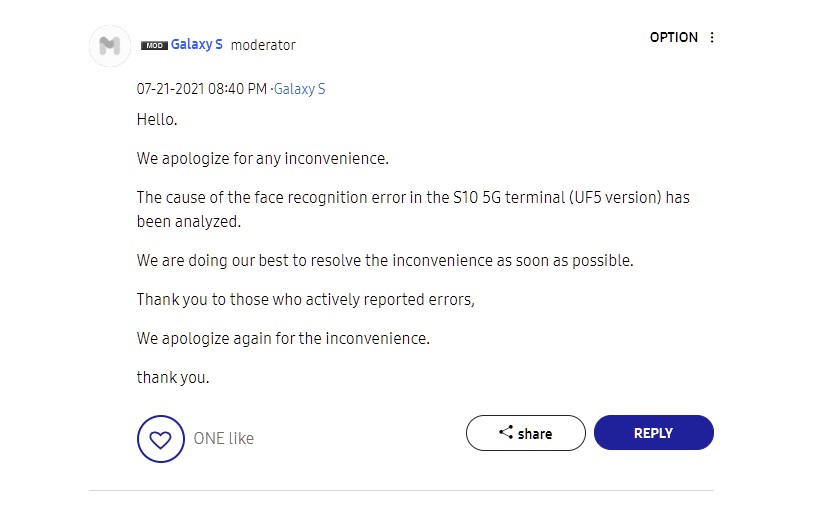