Samsung is yet to confirm the Galaxy Note 8 Oreo release date but since the company has released the update for the Galaxy S8, it’s only a matter of time before Oreo makes it to Samsung’s flagship phablet. An official Samsung website has now possibly revealed that Galaxy Note 8 Oreo release date and if the information is taken at face value then it appears that this handset will receive the Oreo update later this month.

Güncelmiyiz is a legitimate website owned and operated by Samsung Turkey. It uses the website to provide details about upcoming firmware updates for Samsung devices. It has been updated to reflect that Android 8.0 Oreo is the next major OS update for the Galaxy Note 8 and the firmware is in the test phase right now with a “planned update date” of March 30.

As previously mentioned, Güncelmiyiz is a legitimate Samsung website and functions as its local update portal for users in Turkey so there just might be some truth to this information after all. However, given Samsung’s track record with firmware updates, it would be wise not to hope that the Oreo update for the aforementioned devices will be rolled out on the very days mentioned on the website.

As far as the Galaxy Note 8 Oreo release date for other markets is concerned, we can expect the Oreo update to be rolled out for the phablet and the other devices a few days before or after the update is released in Turkey. 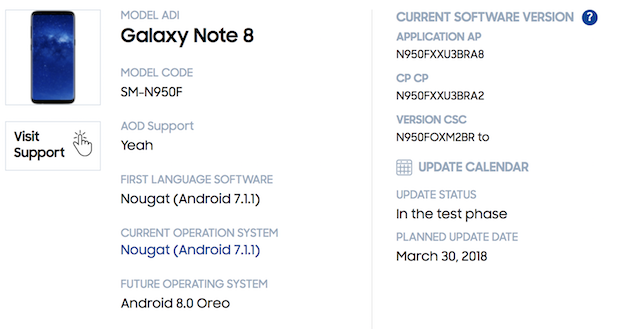 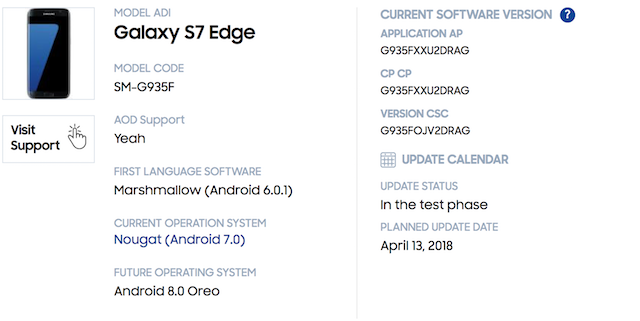