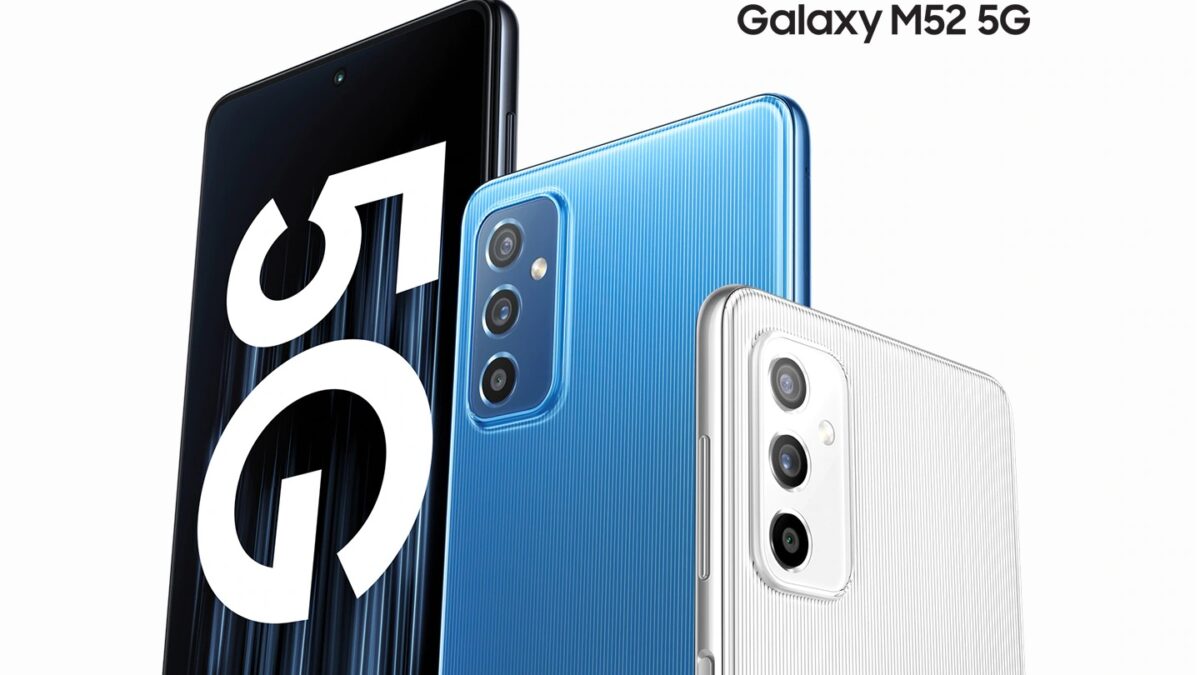 Amazon teased the Galaxy M52 5G earlier this week, and now Samsung went ahead and officially revealed the phone through its Polish and German portals. The Galaxy M52 5G landing pages are now live in at least these two European markets, and save for the phone’s exact launch date and price, they reveals virtually everything to know about the device.

The Galaxy M52 5G has a 6.7-inch Super AMOLED Plus display with an FHD+ resolution (2400 x 1080) and an Infinity-O cutout for the selfie camera. The phone’s back panel has a vertical stripe pattern and accommodates three rear-facing cameras.

As powerful as the Galaxy A52s 5G but lacks 3.5mm headphone port

Samsung’s new M-branded phone seems to be using the same Snapdragon 778G 5G chipset as the Galaxy A52s, the latter of which is arguably this year’s best mid-range phone so far.

In addition, the Galaxy M52 5G has 6GB of RAM and 128GB of built-in storage expandable via microSD.

Other specs include a side-mounted fingerprint sensor, NFC, USB-C, Bluetooth 5.0, and a 5,000mAh battery. However, unlike the Galaxy A52s 5G, the Galaxy M52 doesn’t have a standard 3.5mm headphone port.

Amazon previously hinted at a September 28 release for the Galaxy M52 5G. And given that the device now has full-fledged landing pages in a couple of markets, that September 28 date is very likely to stick in parts of Europe.

So far, no pricing details have been revealed by Samsung, but the company is bound to spill the beans soon enough. 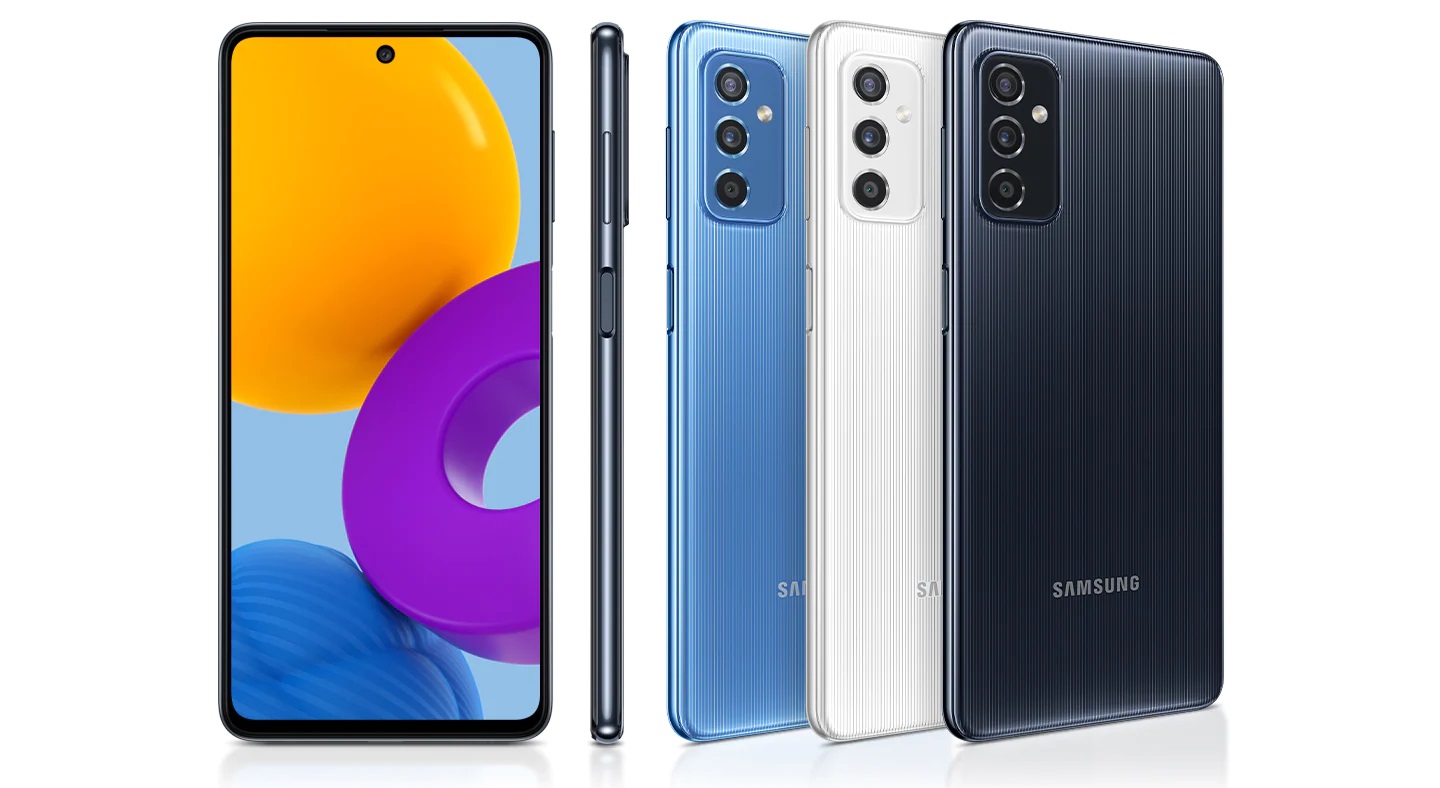