The Galaxy M21 is now officially available for purchase in the Netherlands, at least according to Samsung’s official announcement from earlier today. As of this writing, the phone is not yet listed on the company’s e-shop or the other two retail channels through which the device will be offered in the country.

The mid-range device will presumably show up in the online stores by the end of the day/week. Once it does, it will be listed alongside a price tag of €219. The Galaxy M21 will be available in the Netherlands in black and blue exclusively through Samsung’s e-shop, Bol.com, and Coolblue.

Samsung debuted the Galaxy M21 a month ago, so the specs are well-known by now. But if you’re late to the party or you need a reminder of what you’d be getting for €219, the first and foremost answer is a giant 6,000mAh battery with 15W fast charging.

There’s also a 6.4-inch AMOLED Infinity-U display with a resolution of 2340 by 1080 pixels. The Exynos 9611 chipset is more than a decent choice for a budget device like the Galaxy M21. So far, it’s been employed only by Galaxy phones and tablets priced higher than the M21, including the Galaxy A50/A51, the M31, and the newly-unveiled Galaxy Tab S6 Lite.

The AP is paired with 4GB of LPDDR4X RAM and 64GB / 128GB of expandable storage. The €219 price corresponds to the 64GB model, and Samsung Netherlands makes no mention of the 128GB variant. At least not for the time being.

You’ll also get a 48MP wide camera, an 8MP ultrawide, and a 5MP depth sensor, while selfies are handled by a 20MP shooter positioned in the Infinity-U cutout. The back panel accommodates a fingerprint scanner, and the phone retains a 3.5mm headphone jack if you still care about this feature; and you probably will, considering the phone’s price range.

Galaxy M21 support pages cropped up in the Netherlands and Belgium a couple of weeks ago. Now that the phone is official in the former country, we assume that Samsung will also be launching the phone in Belgium soon. 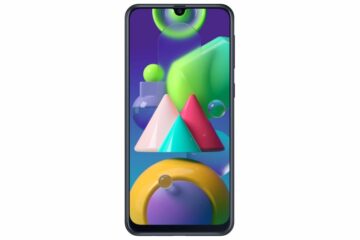 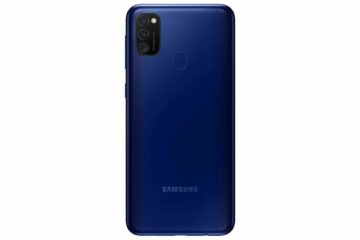