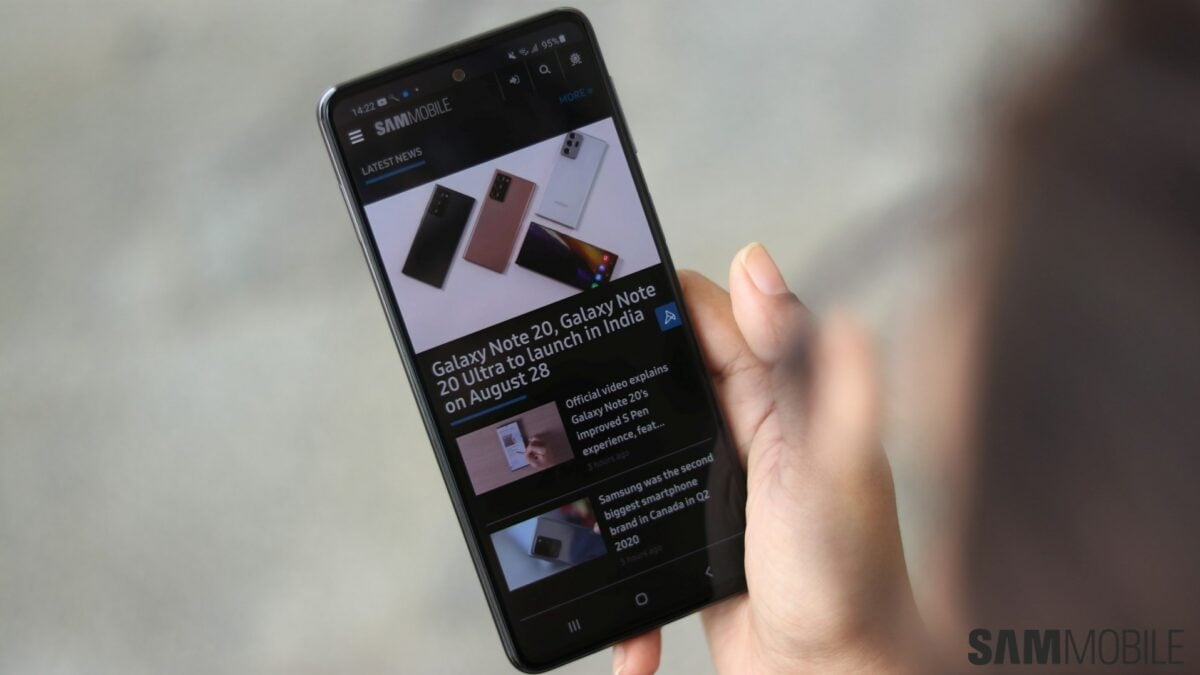 The Galaxy M01s and the Galaxy M31 have both received an important new firmware update this week. The Galaxy M01s is making the jump from Android 9 Pie to Android 10, and both smartphones are getting One UI Core 2.1 as well as the September 2020 security patch.

We’re not sure of the changelog for the Galaxy M01s but the update should bring the usual Android 10 improvements. One UI Core 2.1 should also include basic features like Music Share and Quick Share but the Galaxy M01s is a low-end phone so don’t expect many other additions or camera improvements to be included with the update.

The Galaxy M31 also runs the ‘Core’ or simplified version of One UI, but we can confirm that version 2.1 introduces a handful of new features such as Quick Share, Music Share, Single Take, and My Filters. The latest Galaxy M31 update also brings the same shutter speed controls in Pro mode that you would find on devices like the Galaxy M31s and the Galaxy M51.