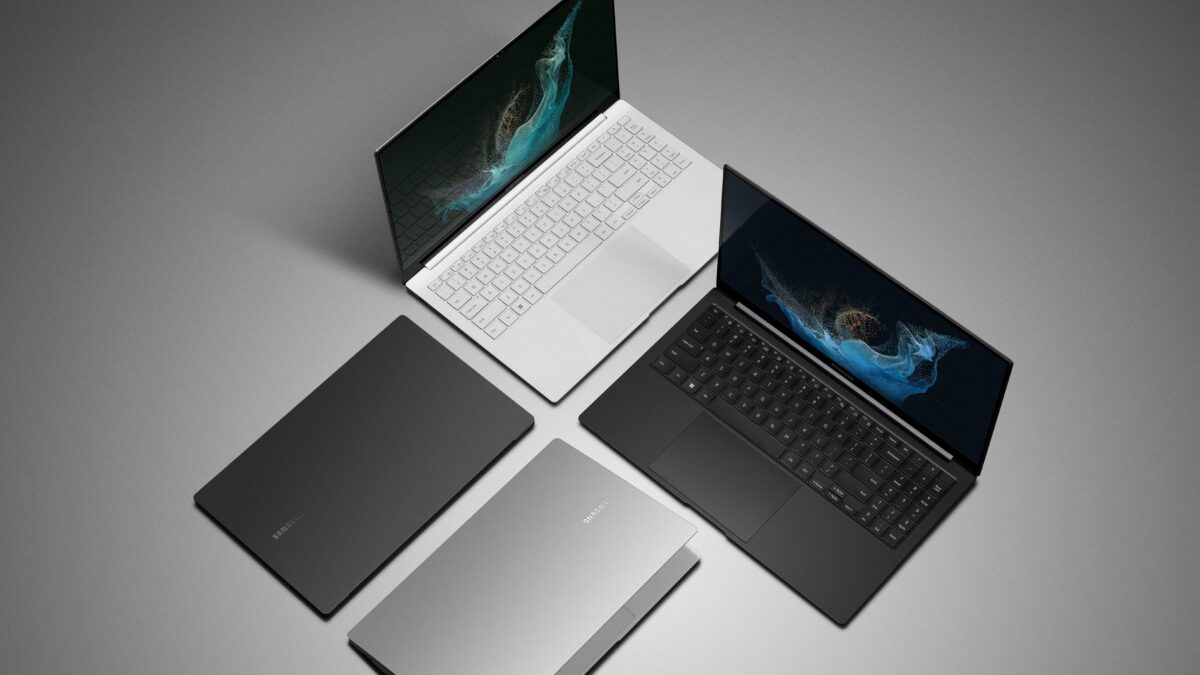 Our exclusive reporting from last year said that Samsung would launch a new laptop sometime in 2022. The company’s MWC 2022 teaser corroborated that rumor and renders of the Galaxy Book 2 Pro 360 surfaced online shortly after. The laptop has now officially been announced by Samsung.

Under the hood, the Samsung Galaxy Book Pro will run 12th-generation Intel Core i5 and Core i7 processors. Samsung hasn’t revealed the exact model numbers at this point. The company has also confirmed that one variant of the laptop will run an Intel Arc GPU, but didn’t elaborate about it because Intel is yet to officially launch them. 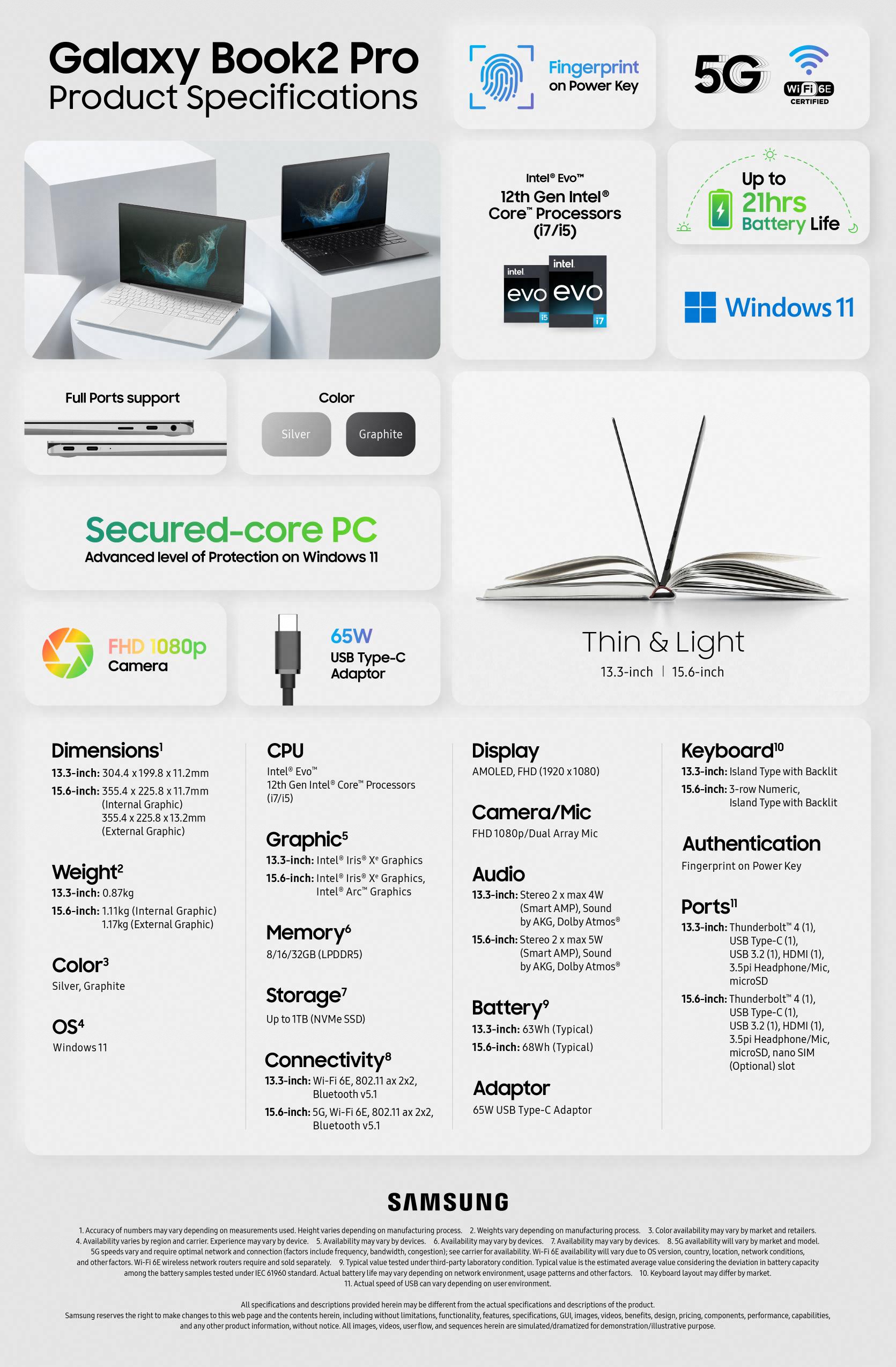 Memory and storage configurations on the Galaxy Book 2 Pro include 8/16/32 GB of LPDDR5 RAM and 1 TB of solid-state storage. Connectivity options include 5G, Wi-Fi 6E, Bluetooth 5.1, one Thunderbolt 4.0 port, one USB Type-C port, one USB Type-A port, one HDMI port, one 3.5mm combo audio jack and an SD card reader.

The Galaxy Book 2 Pro is also an Intel Evo certified device due to its compact form factor. Its 15.6-inch variant weighs 1.11 Kg and the 13.6 variant 0.87 Kg. A 1080P webcam is also included, along with an integrated fingerprint reader in the power button.

Lastly, the 13.6-inch Galaxy Book 2 Pro variant packs a 63 Wh battery, whereas the 15.6-version upgrades that to 68 Wh. Both support 65 W fast charging over USB-C. Samsung claims that one can get up to 21 hours of battery life out of a single charge.

Samsung has introduced several software features in the Galaxy Book 2 Pro that allow it to seamlessly interface with other Samsung devices. One very interesting feature is its ability to use a Samsung tablet as a second screen, complete with touch functionality. One can also freely copy and paste content between the devices, and control the tablet with the laptop’s keyboard/trackpad.

The smartphone-laptop gap has also been bridged with an improved version of the “Link to Windows” app. One can now open an app previously used on the smartphone on a laptop. For example, if you had an instance of Microsoft Office running on your phone, you can now open its desktop version on your laptop and pick up where you left off.