Galaxy A70s shows up on Geekbench with Snapdragon 675, 6GB RAM 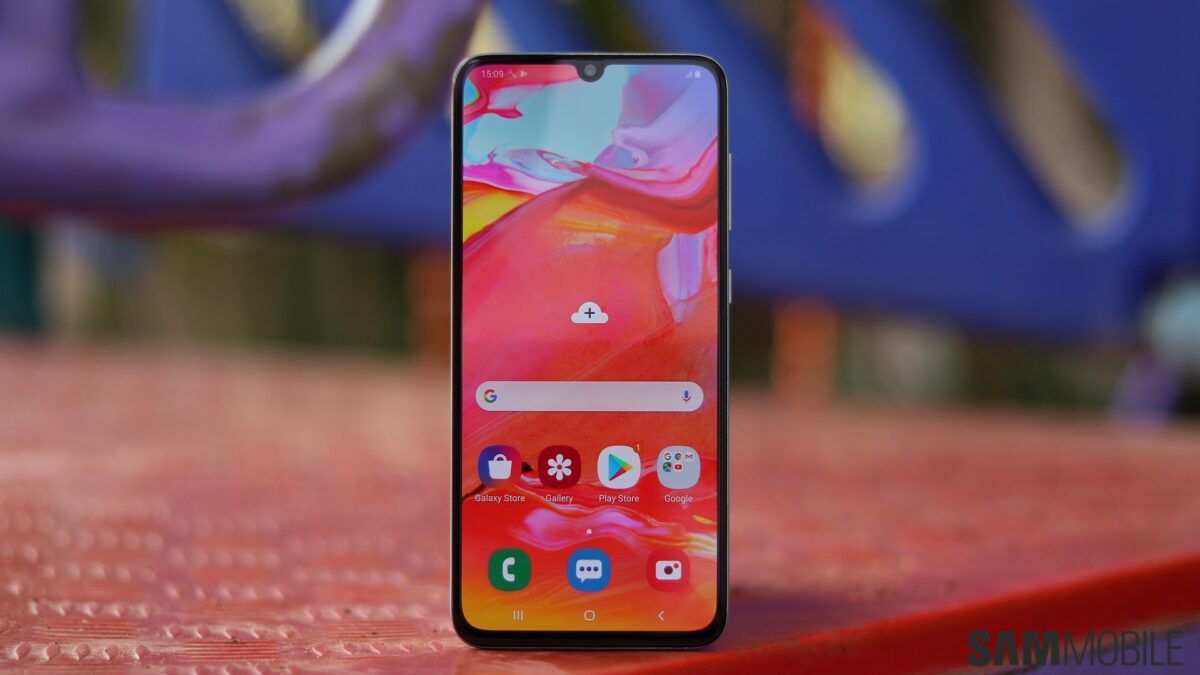 The Galaxy A70s has popped up on Geekbench today in what is its first benchmark sighting, showing that it will share some of the Galaxy A70’s specs. The device, carrying model number SM-A707F, is powered by the Snapdragon 675 SoC and has 6GB of RAM. As expected, it’s running Android 9 Pie, and it will probably have One UI 1.1 instead of version 1.5 that is found on the newly announced Galaxy Note 10.

As far as the specs are concerned, those are the only details known at this point. The Galaxy A70 also has the Snapdragon 675 and 6GB of RAM on the base variant, so it remains to be seen what kind of upgrades the A70s will bring. The A70s was rumored to be the first Samsung device with the company’s new 64MP camera sensor, but another rumor denied that possibility later on, saying that the 64MP sensor will first be seen on phones from Oppo and Xiaomi and would only come to Samsung’s A series next year.

However, considering the Galaxy A10s’ spec sheet includes a camera upgrade over the regular Galaxy A10, we can expect the Galaxy A70s to offer something similar. Perhaps the 32MP rear camera will be updated to the 48MP sensor that is featured on the Galaxy A80? It’s hard to say, and it’s also hard to see what else Samsung could do to improve the Galaxy A70, which already has some excellent features, like a big and beautiful AMOLED display and a 4,500 mAh battery with super fast charging.

A month into Android 11, the Galaxy A70s is getting a new security update

Samsung’s been releasing the May security patch for a couple of days now, but the company isn’t done with the previous updates yet. While the Galaxy Note 20 is now getting the latest security update, Samsung is also rolling out the April 2021 security patch to an older and not-as-costly device — the Galaxy A70s. […]

Samsung has already released the Android 11-based One UI 3.x update to various Galaxy smartphones and tablets over the past few months. After mid-range phones like the Galaxy A70, Galaxy A71, and the Galaxy A80 received the latest version of Android, it is now Galaxy A70s turn to join the Android 11 update party. Samsung […]

The Galaxy A72 was officially unveiled today at Galaxy Awesome Unpacked, and needless to say, it’s as promising as all the leaks so far have suggested. It certainly represents a leap in mobile technology over its predecessors and especially the Galaxy A70 series which is nearing its 2nd anniversary. So, exactly how much has changed over […]

One UI 2.5 debuted with the Galaxy Note 20 series back in August and Samsung had gradually made it available for other devices through firmware updates. In a somewhat surprising move, the latest device to receive the One UI 2.5 firmware update is the Galaxy A70s, a smartphone that hasn’t seen the light of day […]