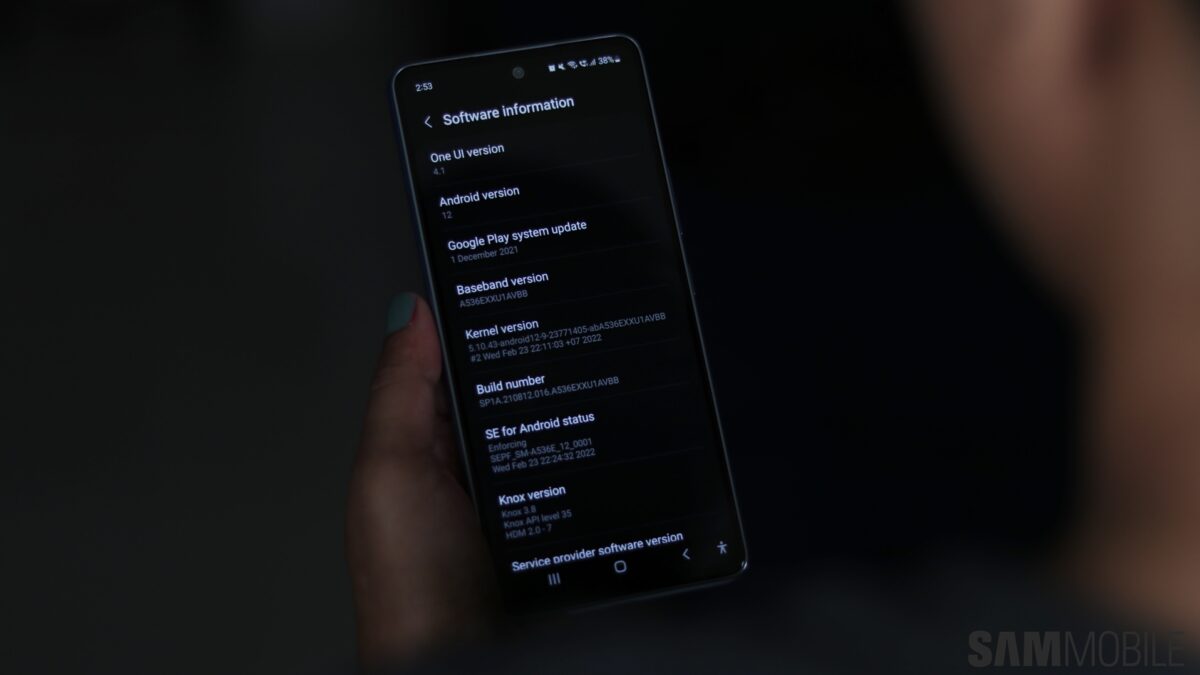 After releasing the June 2022 security update to various high-end and mid-range smartphones, Samsung has finally released the update to the Galaxy A53. The update is currently available in Singapore but we expect it to be available in other regions within the next few days.

The new software update for the Galaxy A53 comes with firmware version A536EXXU2AVF2. It brings the June 2022 security patch that fixes over 60 privacy and security vulnerabilities. It could also include general bug fixes and better device stability.

Samsung unveiled the Galaxy A53 alongside the Galaxy A33 and the Galaxy A73 earlier this year with Android 12 0n board. The phones are promised four major Android OS updates, which means they will get Android 16 update four years from now.