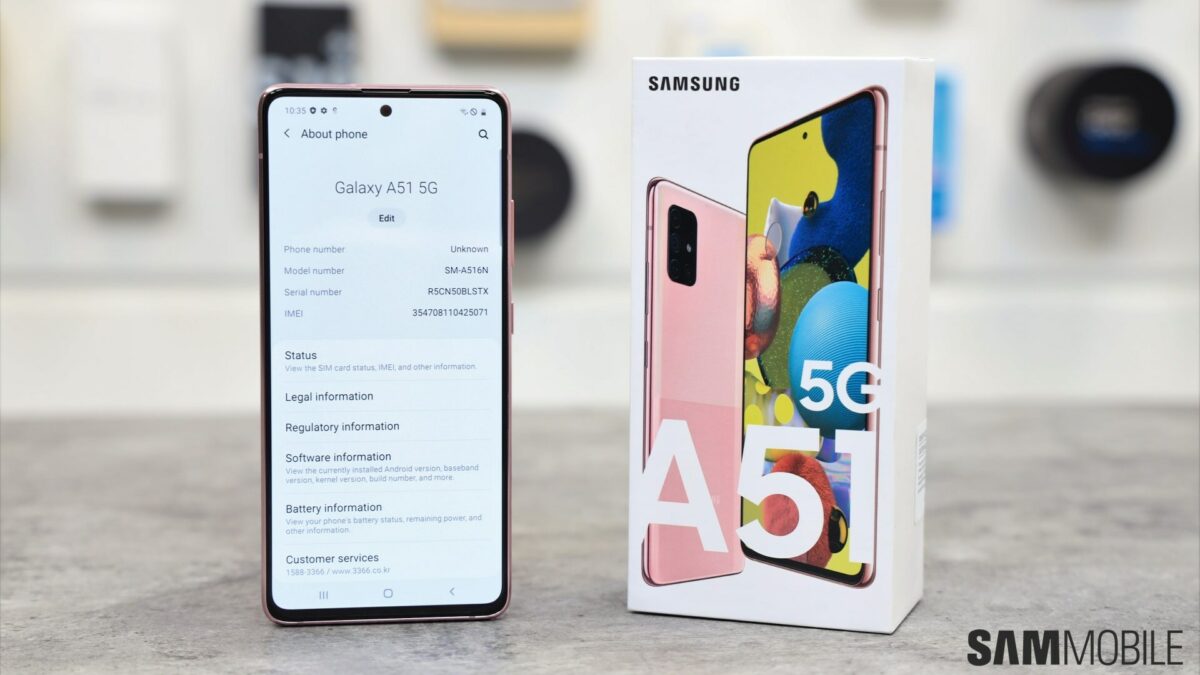 As many of you probably know by now, Samsung began updating the Galaxy A51 4G in Russia to One UI 3.1 at the end of March. The company has now turned its attention to the Galaxy A51 5G model in South Korea where the Android 11-based One UI 3.1 firmware is presently rolling out over the air.

The update is reportedly being released only in South Korea but Galaxy A51 5G owners elsewhere will probably have an opportunity to acquire One UI 3.1 sooner rather than later. Availability will expand gradually but the rate of expansion is unpredictable. Nevertheless, if the initial rollout goes on without a hitch then other markets should join soon.

Galaxy A51 5G owners in South Korea can identify the latest One UI 3.1-based update by firmware version A516NKSU3CUC8. Anyone can attempt to trigger the update by opening the Settings app on the Galaxy A51 5G, accessing Software update and tapping Download and install.

As usual, SamMobile readers can keep an eye on our firmware archive where new updates are being added on a regular basis. Once the Galaxy A51 5G receives One UI 3.1 in other markets outside of South Korea, you can refer to our firmware archive, search for your model number and country, and download the firmware to install it manually on your phone using a Windows PC.