Galaxy A22 LTE vs 5G: Multimedia refinement vs raw performance and 5G 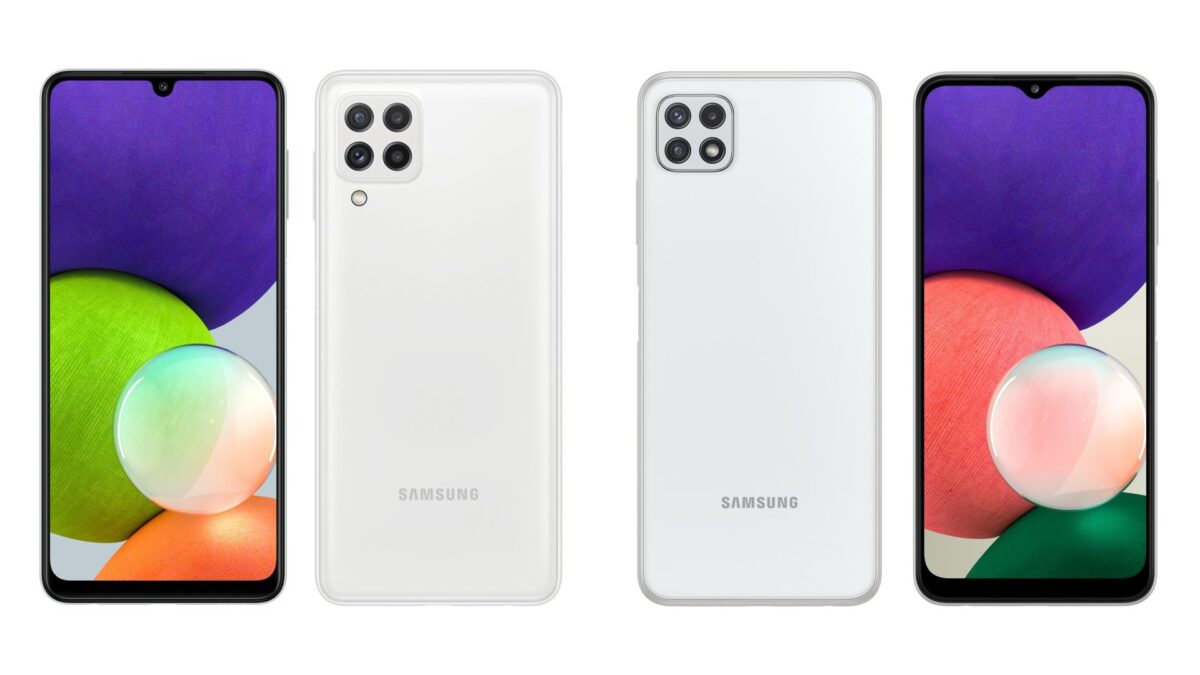 The Galaxy A22 LTE and 5G variants share some characteristics but they’re not the same. They could be described as opposite sides of the same coin. One model appears to be better at multimedia and entertainment than the other, and the inclusion of 5G came with a few sacrifices.

The Galaxy A22 LTE and 5G variants couldn’t have been more different in regards to their displays. The 4G / LTE model has a 6.4-inch HD+ Super AMOLED Infinity-U display with a 90Hz refresh rate.

In contrast, the Galaxy A22 5G has a larger 6.6-inch panel with a higher FHD+ resolution. However, the panel is of the TFT variety and has an Infinity-V display cutout, even though it also supports 90Hz.

Fortunately for 5G enthusiasts, the Galaxy A22 5G is equipped with a superior chipset, i.e., the MediaTek Dimensity 700. It has two performance CPU cores clocked at 2.2GHz, six additional CPU cores operating at a frequency of up to 2.0GHz, and a Mali-G57 MC2 graphics chip.

The Galaxy A22 LTE is powered by the MediaTek Helio G80 SoC — same as the Galaxy A32 LTE. It features dual 2GHz high-performance CPU cores and six additional CPU cores operating at 2.0GHz. The CPU is paired with a not-as-powerful Mali-G52 MP2 GPU.

Regardless of connectivity options, the Galaxy A22 is powered by a 5,000mAh battery with 15W fast charging.

The Galaxy A22 LTE is vastly superior to the Galaxy A22 5G in terms of mobile photography. The 4G / LTE model is equipped with a 48MP main shooter with an f/1.8 aperture and OIS, whereas the 5G model has a 48MP sensor with a similar aperture but without OIS.

Galaxy A22 LTE vs 5G: Design and other features

The 4G and LTE models look quite similar but they can be easily differentiated by anyone who knows where to look. First of all, the 4G model has an Infinity-U display whereas the 5G variant is equipped with an Infinity-V panel.

Both variants feature Bluetooth 5.0, NFC, a USB-C port, and a standard 3.5mm headphone jack. They ship with Android 11 and One UI 3.1 out of the box.

Galaxy A22 LTE vs 5G: Conclusion

Samsung has once again made a few sacrifices to bring 5G connectivity to the budget segment. Similar to the Galaxy A32, the Galaxy A22 4G is limited in terms of network connectivity but offers other advantages that are not easily ignored. The 4G model has better cameras and a slightly more modern design. It also boasts Super AMOLED technology.

The 5G model delivers more raw power thanks to the Dimensity 700 SoC and an additional RAM option but it’s lacking in other areas. So, anyone who cares about performance and 5G first will probably gravitate towards the 5G model, whereas Samsung customers who might be looking for a more rounded package and don’t care as much about 5G will get a lot more mileage out of the Galaxy A22 4G / LTE.

What side are you on? Would you prefer a faster SoC and 5G, or would you rather go with better cameras and a Super AMOLED display? Leave a comment below.