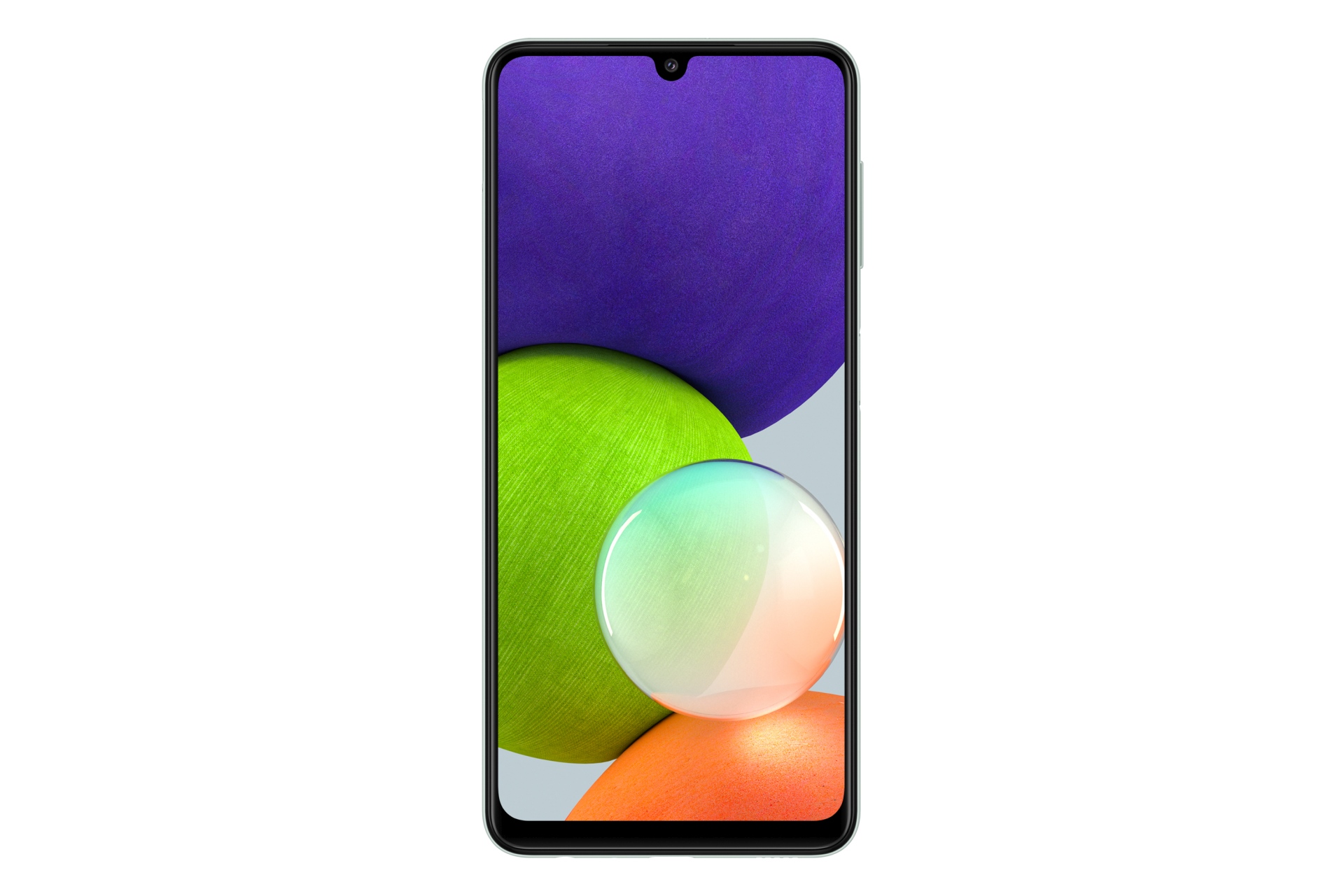 As part of its affordable 2021 Galaxy A series, Samsung announced the Galaxy A22 in early June as yet another lower mid-range model that offers never-before-seen features on a budget. Features like a high refresh rate display and an optically stabilized main camera are part of the package, and the device comes in both LTE and 5G varieties. 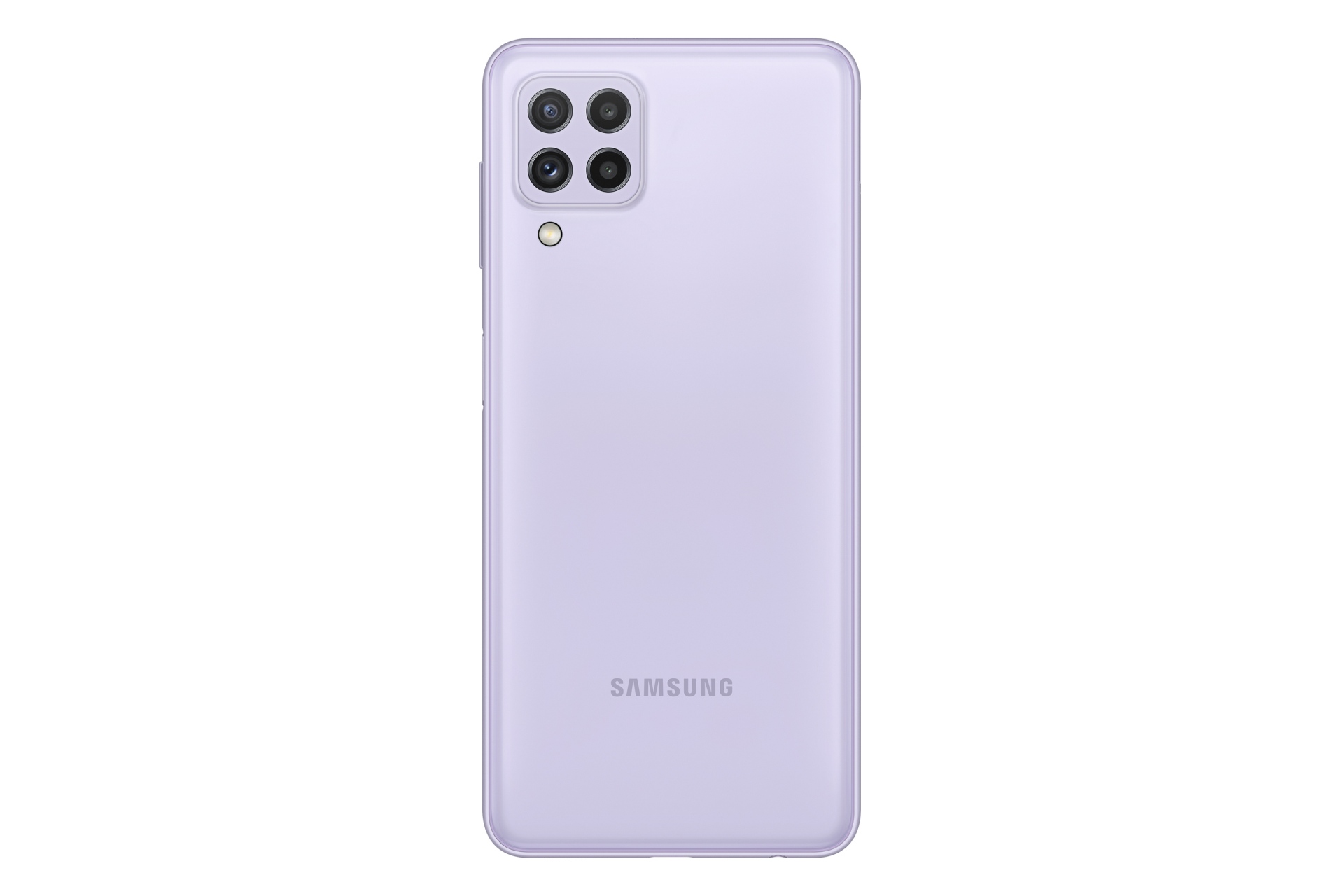 The Galaxy A22’s design isn’t very different from other 2021 mid-range Galaxy A series phones. It’s got a plastic back with a square camera housing at the top left corner, with a plain and classy look without any gradients or special patterns. There are power and volume buttons on the right side of the device, while the bottom holds a USB Type-C port for charging and data transfer, a speaker, and a 3.5mm headphone jack.

The power button has a capacitive fingerprint reader integrated into it. The Galaxy A22 measures 159.3×73.6×8.4 mm, weighs 186 grams, and comes in a variety of color options including black, white, mint, and violet. 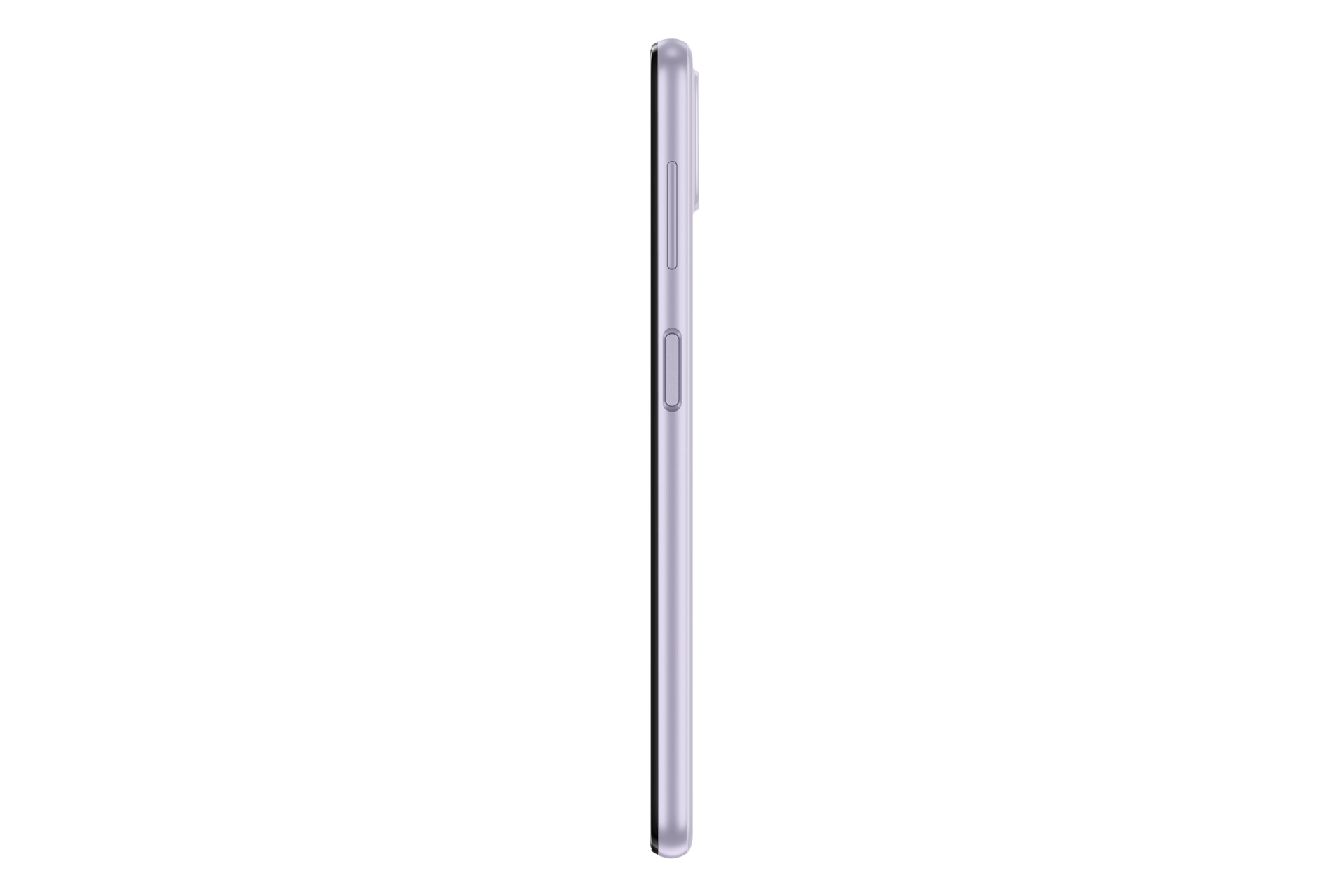 The Galaxy A22 is powered by a MediaTek Helio G80 chipset, which houses an octa-core processor made up of two high-performance cores clocked at 2GHz, six power-saving cores clocked at 1.8GHz, and the Arm Mali-G52 MC2 GPU. The G80 is accompanied by 4GB or 6GB of RAM, with storage options of 64GB and 128GB that can be further expanded with a microSD card. There’s a 5,000 mAh battery under the hood that supports 15W fast charging. 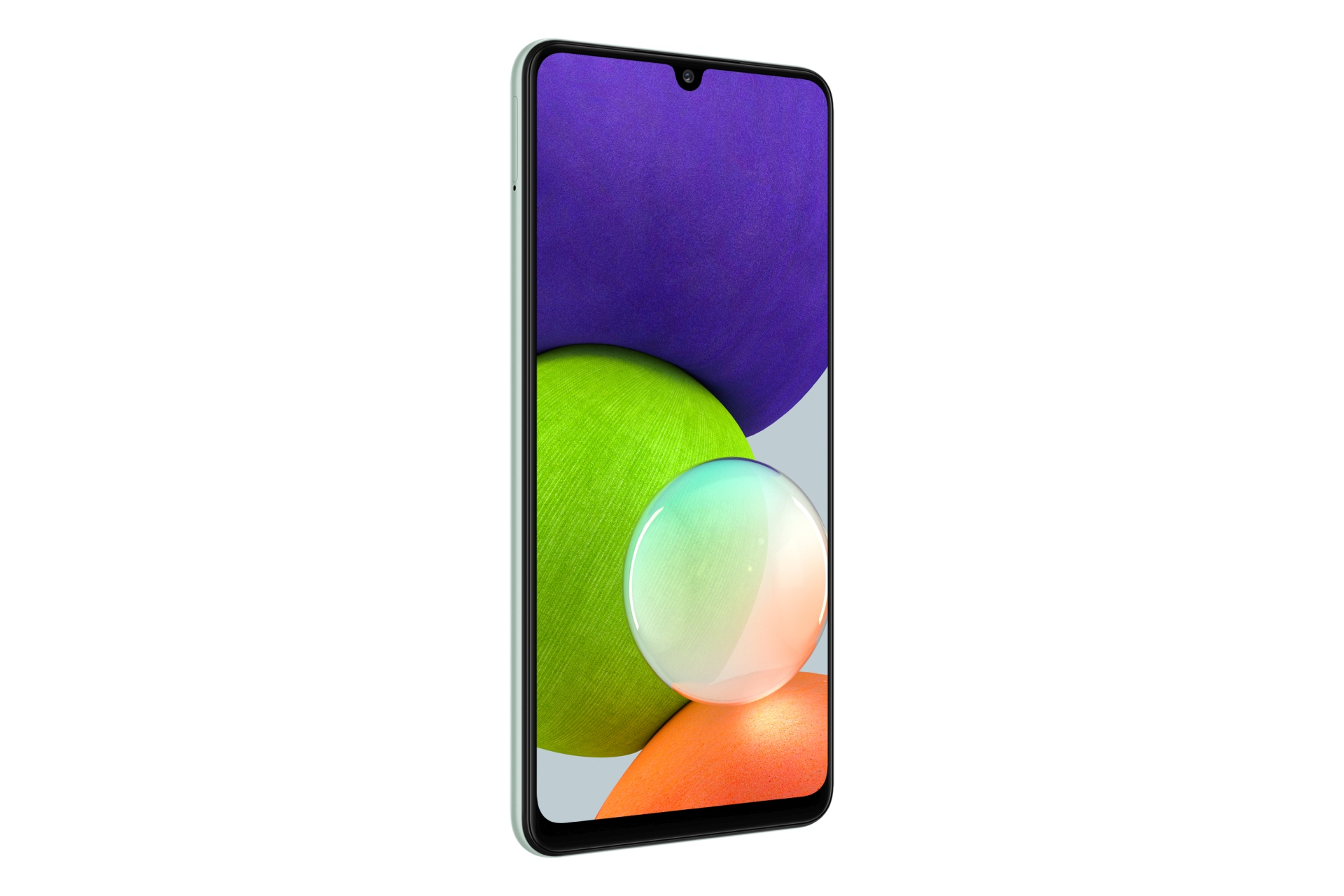 The Galaxy A22 is one of the most affordable Samsung Galaxy phones with a high refresh rate display. It has a Super AMOLED display that measures 6.4 inches, has an HD+ resolution, and sports a 90Hz refresh rate. It’s an Infinity-U panel, which means the front camera resides in a U-shaped notched at the top center of the display. 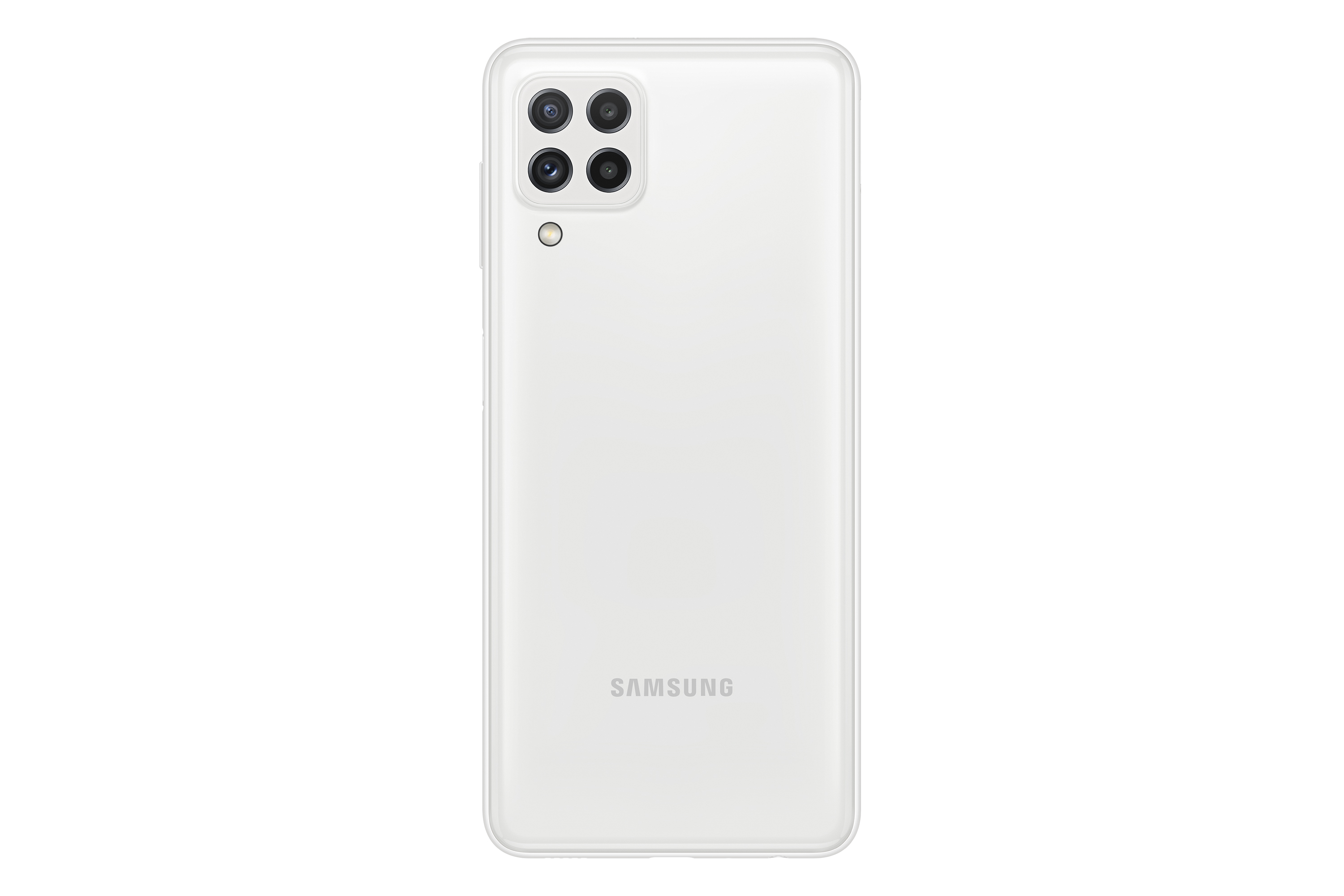 The Galaxy A22 features a quad camera setup at the back, with a 48MP F1.8 camera with optical image stabilization handling general picture-taking. There’s an 8MP ultra-wide for wide shots, a 2MP depth sensor for bokeh photos, and a 2MP macro camera that lets you get extremely close to your subject. For selfies, the Galaxy A22 features a 13-megapixel sensor with an F2.2 aperture.

The Galaxy A22 runs Android 11 with One UI 3.1 out of the box, same as other Galaxy phones launched in 2021. One UI 3.1 includes features such as Google Discover integration on the home screen and the ability to remove location data from photos before they’re shared, among others. Like most lower mid-range Galaxy A series devices, the Galaxy A22 should get two major Android OS updates and at least two years of regular security updates.

The Galaxy A22’s pricing and availability details have not been announced as of June 3, 2021. However, a sub-$250 price tag is expected, and the phone should go on sale in most markets around the world. Color options include white, black, mint, and violet, with availability dependent on market.

You can visit our firmware section to download Galaxy A22 firmware. We also offer Samsung APKs and wallpapers for free download. Those who would like additional features can take advantage of our premium plans which include incentives such as giveaways, ad-free browsing, faster firmware downloads and much more.