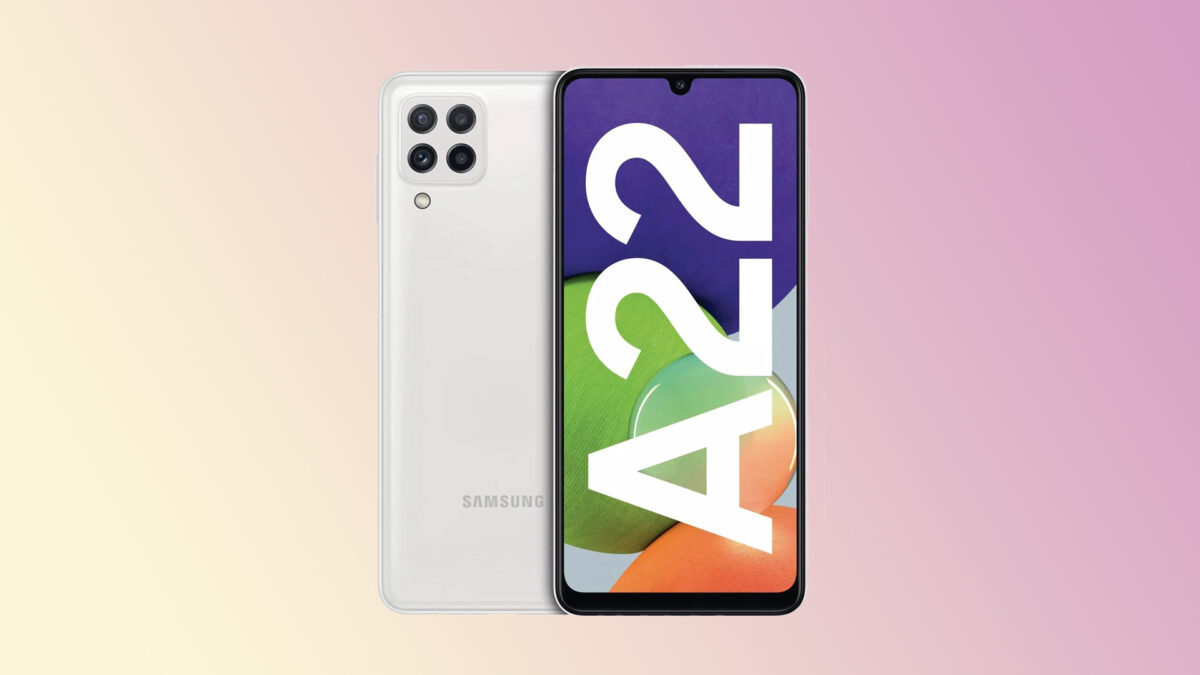 Samsung has finally made the Galaxy A22 official (after it was leaked extensively earlier today). The entry-level Galaxy A series smartphone brings some exciting features on a budget. Compared to its predecessor, the Galaxy A22 features a newer design, a faster processor, and a better display. Samsung hasn’t announced its pricing or availability, though, and will reveal that information later.

The Galaxy A22 features a 6.4-inch Super AMOLED Infinity-U display with HD+ resolution and a 90Hz refresh rate. Anyone looking to get an affordable phone with a high refresh rate OLED display would be interested in the Galaxy A22. The phone runs Android 11 out of the box and is equipped with an octa-core processor (MediaTek Helio G80). It will be available in three memory configurations: 4GB RAM + 64GB storage, 4GB RAM + 128GB storage, and 6GB RAM + 128GB storage.

At the front, the Galaxy A22 has a 13MP selfie camera with an F2.2 aperture. At the rear, it has a quad-camera setup featuring a 48MP primary camera with OIS and autofocus. The other three cameras are an 8MP ultrawide sensor (F2.2), a 2MP macro camera (F2.4), and a 2MP depth sensor (F2.4). The phone also features Dolby Atmos audio for earphones and Bluetooth devices.

Samsung has equipped the Galaxy A22 with a side-mounted fingerprint reader, a microSD card slot (up to 1TB), LTE, GPS, Wi-Fi ac, Bluetooth 5.0, NFC, USB Type-C port, and a 3.5mm headphone jack. The smartphone is powered by a 5,000mAh battery that is compatible with up to 15W fast charging. The smartphone will be available in four colors: black, mint, violet, and white.