Galaxy A21s deals with FCC formalities, might be releasing soon

After visiting the Wi-Fi Alliance a couple of weeks ago, the Galaxy A21s made its way into the FCC database this week, signaling what might be an impending market release. Two model numbers have been certified by the FCC, specifically the SM-A217F and SM-A217M.

The FCC documents reveal that the Galaxy A21s will measure 163.7 x 75.3mm. Sadly, the FCC entries don’t shed any more light on the internal specifications, such as the mysterious Exynos 850 chipset spotted at Geekbench a few weeks back.

Is the Galaxy A21s launch around the corner?

The recent Wi-Fi Alliance and FCC entries indicate the Galaxy A21s should be drawing very near to its release. However, regulatory approvals are not always indicative of a phone’s availability. The Galaxy A21 has yet to be unveiled by Samsung, and we can safely assume that the A21s won’t beat it to the market.

Samsung hasn’t kept a strict annual release schedule for its Galaxy A series of smartphones, but the Galaxy A20s was introduced in September 2019, whereas the standard A20 went on sale in April 2019. If this is any indication of Samsung’s launch plans for the Galaxy A21/Galaxy 21s’, the latter might still be a few good months away from an actual reveal. But nothing is set in stone yet and anything can happen. We’ll keep an ear to the ground and let you know as soon as we find out more. 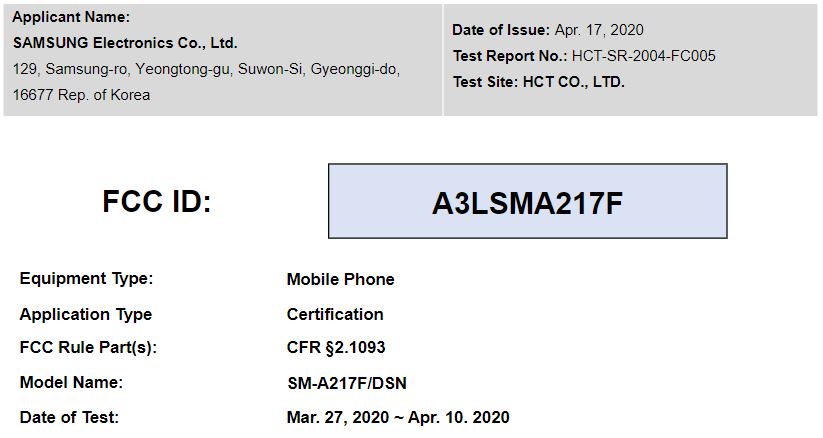