Galaxy A21s with unknown Exynos 850 SoC shows up in benchmark 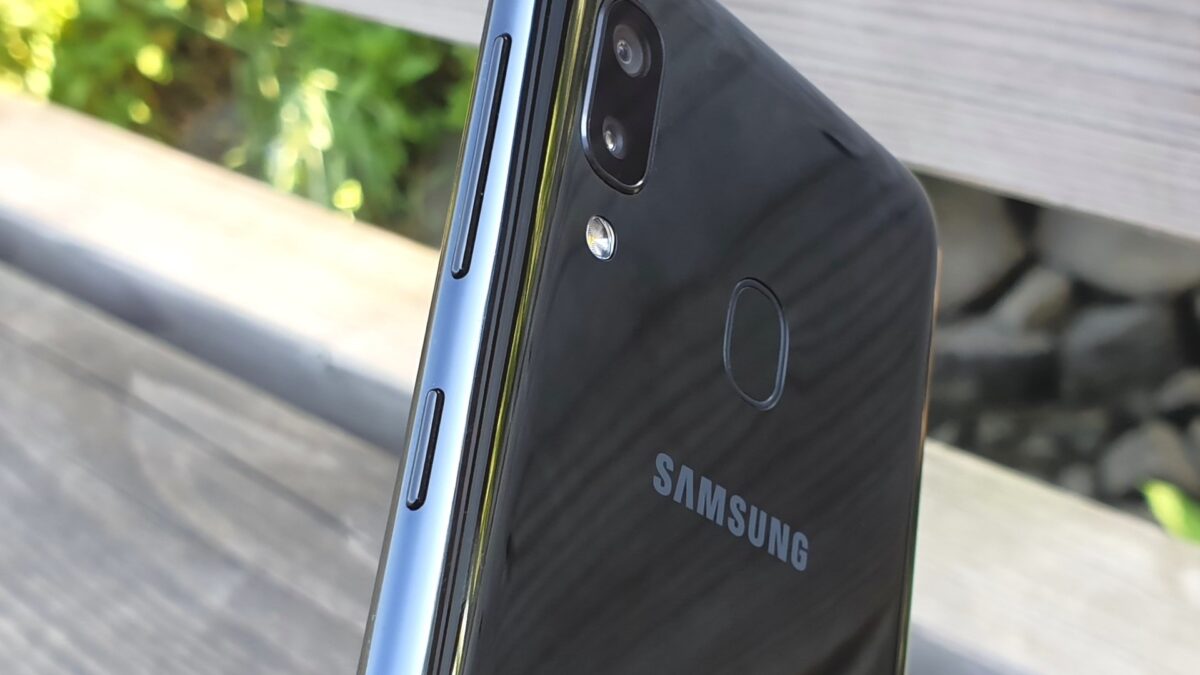 The Galaxy A21 continues to elude the market, and yet, Samsung is working on an updated version of the device bearing the Galaxy A21s moniker. We exclusively reported on its development two months ago, and now the device popped up online in the Geekbench database.

As expected, the Galaxy A21s is identified by model number SM-A217F, whereas the standard Galaxy A21 is being referred to as the SM-A215. According to the benchmark entry, the Galaxy A21s will be powered by a mysterious Exynos 850 chipset. It features eight CPU cores that seemingly operate at a base frequency of 2.0Ghz, but other details remain unknown.

The Exynos 850 should be a budget chipset, no doubt

It’s unclear if the eight CPU cores will be split into different clusters of 4×4 or 4x2x2 cores, or if they will all have identical characteristics. Samsung will hopefully shed more light on this silicon sooner rather than later, but regardless, the Galaxy A21s is undeniably destined to be a budget phone. Don’t expect any miracles in terms of performance from the so-called Exynos 850. But it will be interesting to see how it performs in its weight class in real-life usage scenarios.

The benchmark also reveals 3GB of RAM and Android 10, and it’s worth reminding that the Galaxy A21s should be equipped with a generous 5,000mAh battery, as per previous reports. The phone is expected to ship in 32GB and 64GB flavors and should be available in black, blue, red, and white. We were also able to confirm that it will carry a 2MP macro camera on the back. 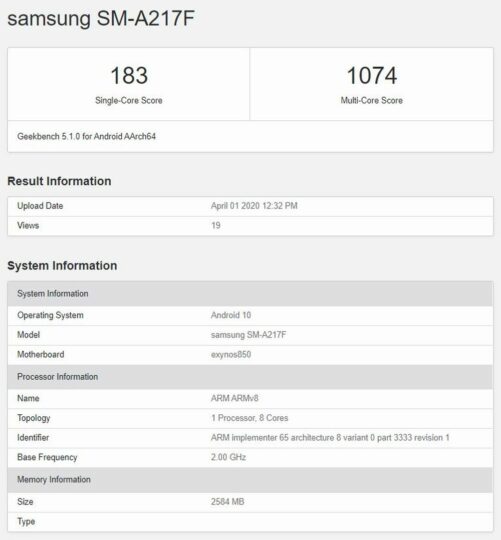