Samsung’s upcoming Galaxy A21s getting a 5,000mAh battery as well

In its quest to provide bigger batteries for all, Samsung is putting 5,000mAh power cells in almost every single budget device. Now, we learn the upcoming Galaxy A21s too will have such a battery.

Some time ago, we revealed that Samsung is working on a phone with model number SM-A217F, likely to be called Galaxy A21s. Aside from the fact that you can expect to find black, white, blue and red versions in store later this year, and that it will have a 2-megapixel macro camera, details of this device have remained scarce.

However, as the guys over at GalaxyClub point out, the battery of the A21s has now surfaced online. The power cell carrying model number EB-BA217ABY can be found over at the SafetyKorea database and Russian parts supplier Naviglon. Lo and behold, the battery has the same 5,000 mAh capacity we are quickly growing accustomed to since Samsung started putting such batteries in its first M series devices in 2019. This year, we will see similar batteries from the low end of the A series all the way up to the Galaxy S20 Ultra.

We do not know yet when Samsung is planning to launch the Galaxy A21s. However, the phone seems to be headed for several European markets, where it will join devices like the Galaxy A41 and Galaxy A31 to form the cheaper end of the mid-range spectrum. 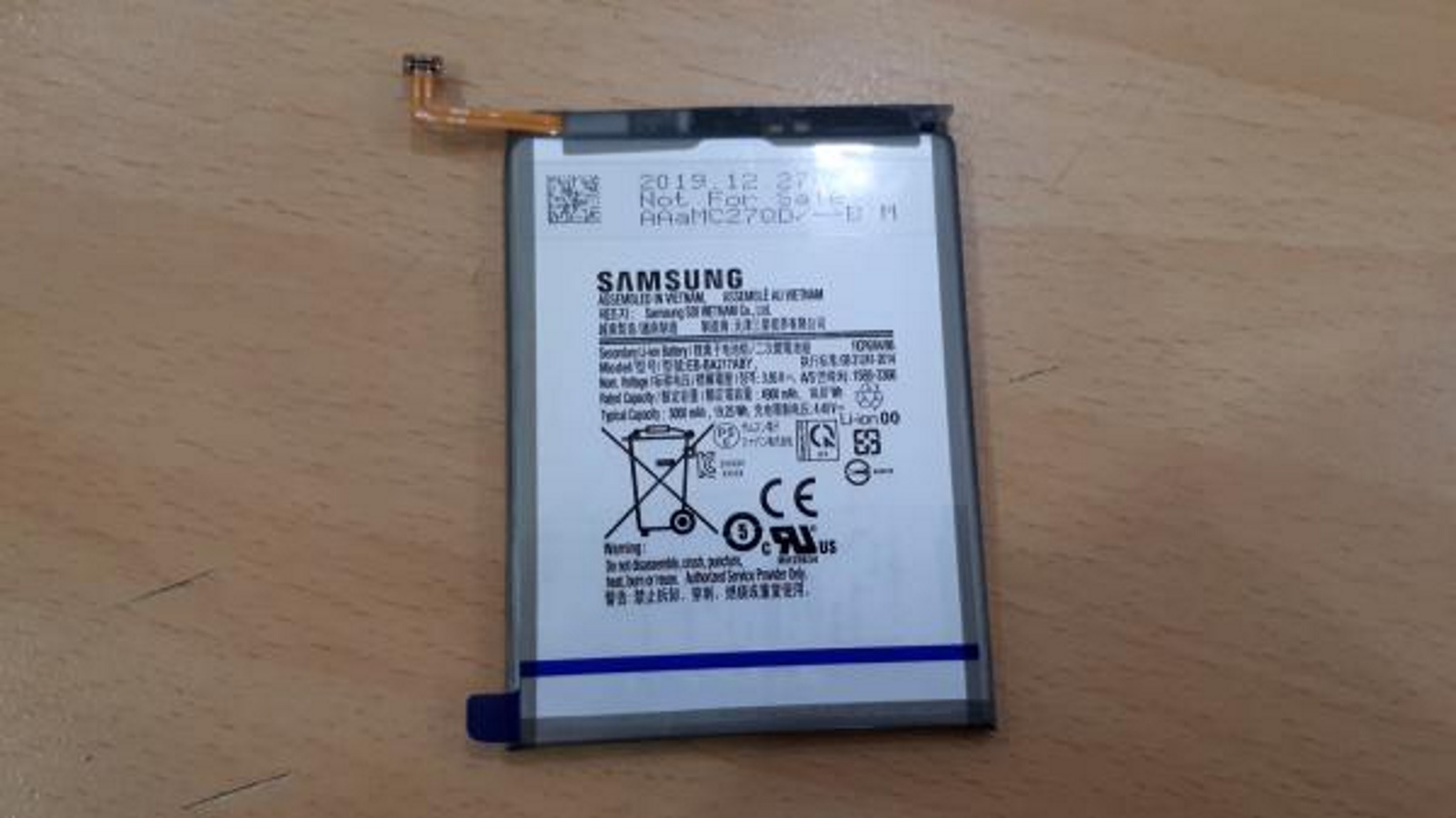