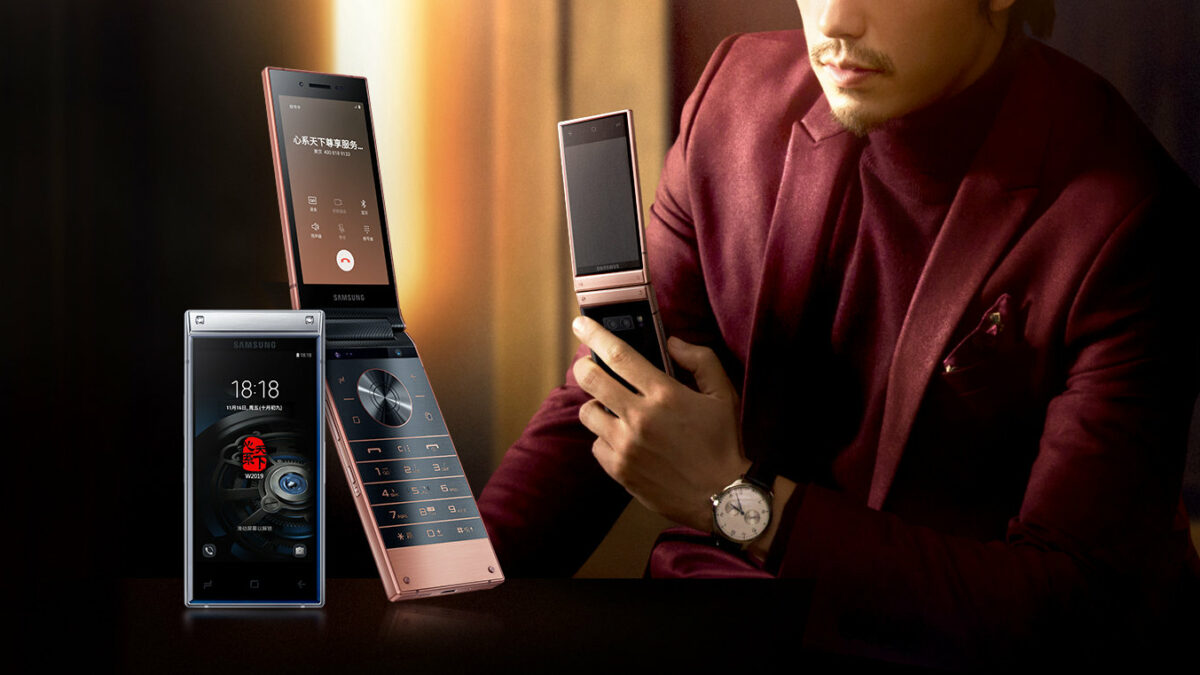 Samsung’s premium flip phone is due for a refresh this year. Yes, it does make one, but availability is limited to China and South Korea. There’s still a market there for a high-end flip phone and Samsung caters to it with a new model every year.

The W-series flip phone is always a flagship-level device with specs similar to those introduced with the company’s Galaxy Note and Galaxy S handsets that year. It was also one of the first devices from Samsung to ditch the headphone jack back in 2017. We have some information about the upcoming model – W2020 – that we’d like to pass along.

Samsung has the W2020 in the pipeline and if history is any indication, it should be unveiled before the end of this year. We hear that the W2020 is going to feature 512GB of internal storage on the base model. This will be quite the jump as last year’s base model had 128GB storage and a 256GB option. It may ostensibly be UFS 3.0 storage.

The W2019 has both an external and internal 4.2-inch 16:9 aspect ratio Full HD Super AMOLED display in a classic flip phone design. This setup may be retained for the upcoming model. It features a Snapdragon 845 processor with 6GB of RAM, the same configuration as select variants of the Galaxy Note 9. So it can be said with reasonable certainty that the W2020 will emulate this year’s flagship and come with a Snapdragon 855 chipset with 8GB of RAM.

The rear camera setup on last year’s flip phone is the same as the Galaxy S9 and Galaxy Note 9 so we can expect to see the latest triple-camera system on the W2020. Something that doesn’t trickle down from the mainstream flagships is the larger battery. The flip phone has obvious design limitations so it will be interesting to see if the W2020 will go beyond the 3,070mAh capacity of its predecessor. It will most likely run on Android Pie with One UI on top.

The pricing information isn’t available at this point in time but this limited release handset always cost a pretty penny. There’s a dedicated fan base for it and they’ll be happy to know that Samsung will soon be coming out with an updated model.